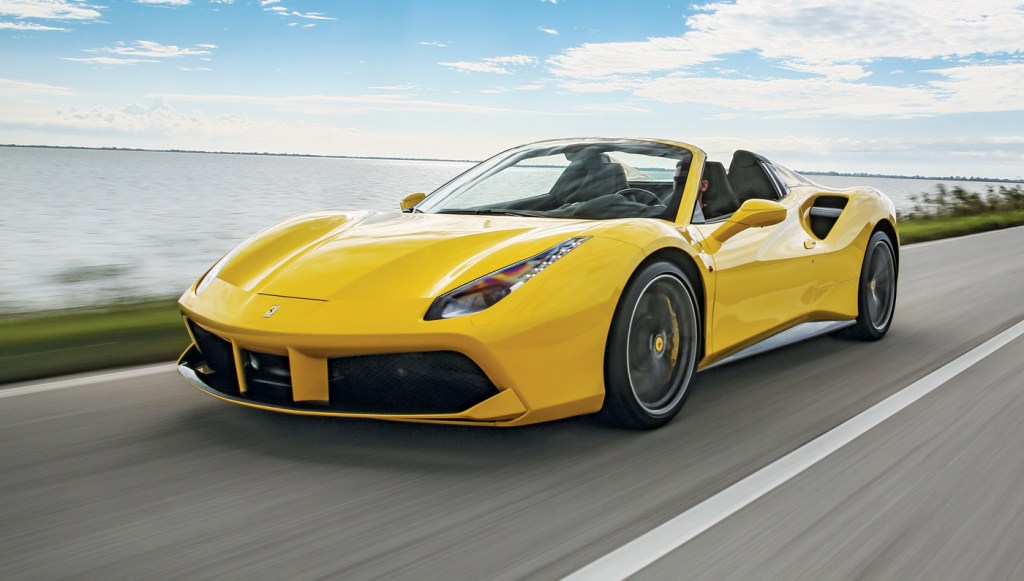 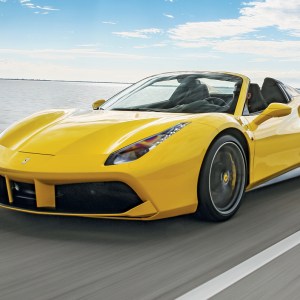 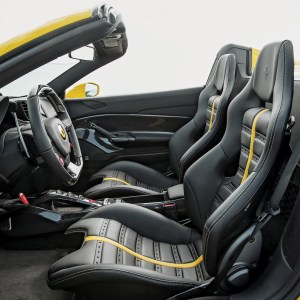 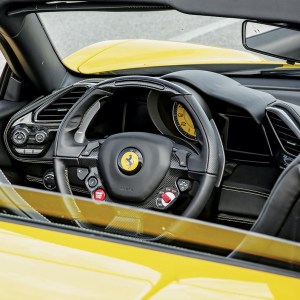 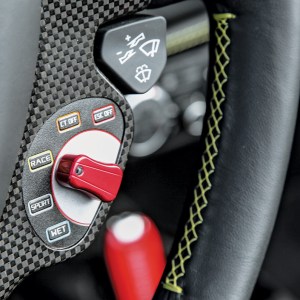 On a drive from Sangiovese grape country to the Adriatic coast, the 488 Spider shows it belongs in the brand’s venerable line of gt convertibles.

Dawn chased the waning moon over a ridge and cast a soft light on the slopes of the Borgo Condé Wine Resort in the Emilia-Romagna region of northern Italy. It was the start of the final day of harvesting the vineyard resort’s 190 acres of grape vines, which struggled to produce fruit during the summer months this year because of a long dry spell. The weather had caused anxious times at the property’s winery, which uses no irrigation in the vineyard. “We have to rely on Mother Nature,” said Borgo Condé’s general manager, Daniel Terranova. “Fortunately, we did finally receive rain.”

The forecast for this October day called for rain, which would no longer affect the vines or the Sangiovese they yield but could alter plans for the guests preparing to drive the new Ferrari 488 Spiders parked in the driveway. For now, though, the weather was ideal for testing the new convertible—and Ferrari’s claim that driver and passenger can converse without shouting while the car is traveling at 125 mph with the top down.

There was much news to discuss on this morning. The Corriere della Sera, a Milan-based daily newspaper, was reporting on Ferrari’s initial public offering on the New York Stock Exchange (shares opened at $60 apiece on October 21), and the whole country was abuzz about the sudden resignation of Rome’s mayor, Ignazio Marino. This came just two months before the start of the Vatican’s jubilee year, which was expected to draw millions of additional visitors to Rome. But then, would anyone want to dwell on such mundane matters after settling into the rich black-leather sport seats of a 488 Spider and firing up the 661 hp turbocharged engine?

The 488 Spider, which debuted in September in Germany at the Frankfurt auto show, will go on sale this spring for around $275,000. It is powered by the same 3.9-liter V-8 as the 488 GTB coupe, which was introduced four months earlier, and boasts a 10 percent increase in horsepower over the 458 Spider, the convertible that it is replacing. With the engine generating all that horsepower and 561 ft lbs of torque, the car can dash from zero to 62 mph in less than 3 seconds and reach a top speed of 203 mph. Turbo lag is virtually undetectable, and the 488 Spider has the same crush of braking power as the LaFerrari. Its brakes also have a 9 percent faster response time than those of the 458 Spider.

The new convertible joins an illustrious line of Ferrari open-top grand-touring cars that began in 1952 with the 342 America and includes 1957’s incomparable 250 California. When mid-engine two-seaters came into vogue in the 1970s, Ferrari offered the 308 GTS, which featured a removable roof panel. The marque switched back to a folding soft top for the 1993 348 Spider and its successors. More recent advances have culminated in the 488 Spider’s retractable hard top, a two-part panel that detaches at the B-pillar and folds away automatically in only 14 seconds—while the car is moving.

The top was down when my passenger and I left Borgo Condé and followed a meandering route deep into the foothills of the northern Apennines. The roads were narrow, scarred, and furrowed—certainly not suited to a speed of 125 mph. If the 488 Spider’s chassis had any flex, it would have shown here. But it is as rigid and stiff as the 488 GTB’s, enabling the Spider to remain composed and easy to drive, whether at a languid or brisk pace. Fog had formed at the route’s higher elevations, so I flicked a switch on the center console to quickly and quietly raise the rear glass and the roof panel. Now only the throaty engine note and the JBL Professional sound system could possibly impede conversation.

We drove southward, along a line that paralleled the Alpe di San Benedetto, until at last the road straightened and descended to the village of Santa Sofia, where the Church of the Holy Crucifix houses its namesake 15th-century artifact. Here the weather was warmer and drier, allowing me to drop the top again and use the mannetino—the little red switch to the right of the steering wheel’s hub—to change the driving mode from wet to sport.

The temperature continued to rise on the way to San Marino, the 24-​square-mile independent microstate near the coast. The 488 Spider had to share the roads near San Marino with racing bicycles and trundling Apes (Italian for “bees”). Piaggio began making these diminutive three-wheeled delivery trucks in 1948, the same year Ferrari offered its first grand-touring coupe, the 166 Inter. Though their engineering is simple and their power is low, Apes have proven reliable and popular enough to remain in production for nearly seven decades.

With sophisticated aerodynamics and advanced electronic chassis controls bearing such names as F1-Trac and SSC2 (for sideslip control), the 488 Spider represents the other end of the automotive spectrum from the Ape. In terms of aerodynamics, Ferrari says the 488 Spider is its most efficient convertible “sports car” ever. The front end shares the 488 GTB’s “aero pillar,” which deflects air under the body where curved appendages called vortex generators accelerate the airflow to increase downforce. The rear of the 488 Spider, like that of the GTB, features Ferrari’s patented blown spoiler, which inducts air at the base of the rear glass and sends it out through an opening in the bumper, eliminating the need for an extended wing to produce downforce.

At Cesenatico, a seaside town where Leonardo da Vinci designed the port’s canal, a sailing ship at the Museo della Marineria provided the counterpoint to the 488 Spider’s computer-designed form. The vessel’s simple bow, adorned only with carved wooden eyes to ward off misfortune, was the antithesis of the car’s sculpted hood and piercing LED headlights; the blocky stern contrasted with the car’s shapely cowling and haunches. The museum’s display of marine engines underscored the advanced nature of the 488 Spider’s turbocharged V-8, which produces an astounding 169 hp per liter.

The return trip from the coast to Borgo Condé entailed crossing a rich plain that displayed the splendid variety of Italian agriculture—fields of fennel, rows of tomatoes and berries, and orchards of pears—and the facilities to process and pack the produce. The roads were busy, but the 488 Spider smoothly negotiated the many traffic circles and byways. Our route eventually snaked along the Rabbi River and back into the region of the Sangiovese grape, the light-bodied fruit used for Chianti and other red wines.

According to an Italian proverb, you know you’re in Emilia when you ask for a drink and receive water, and you know you’re in Romagna when you’re given wine. In this case, the wine was a glass of Condé Sangiovese Rosato, served as evening settled on the resort and the first twinkling lights of Forlì, the principal city of Romagna, became visible downslope of the restaurant’s patio. The wine enhanced the internal glow derived from the adventures of the day, when the rain held off and allowed the 488 Spider to not only cheat the wind but revel in it.