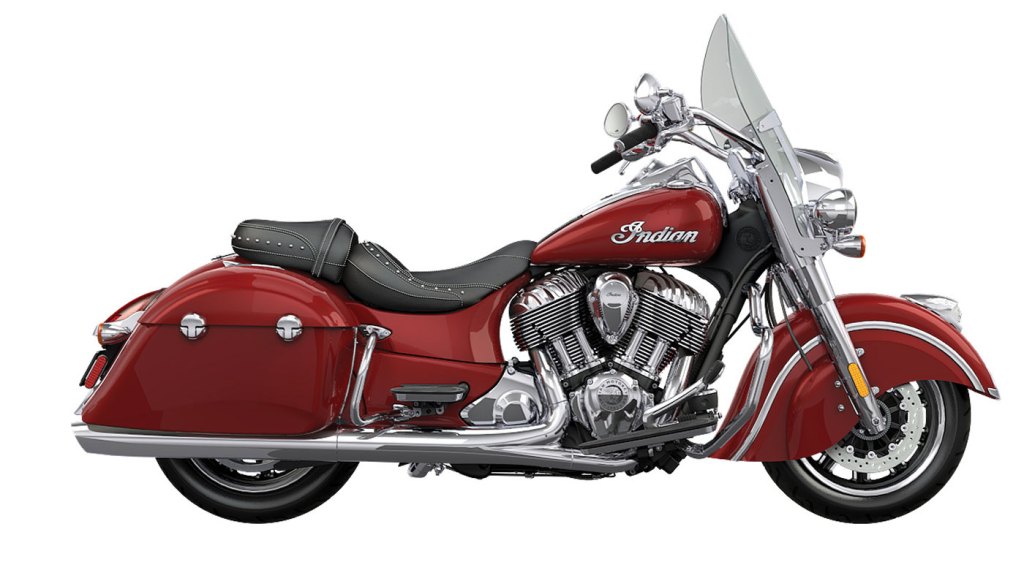 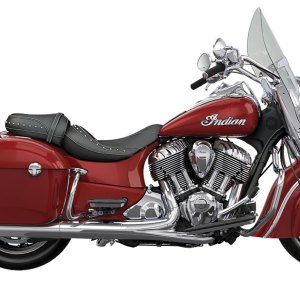 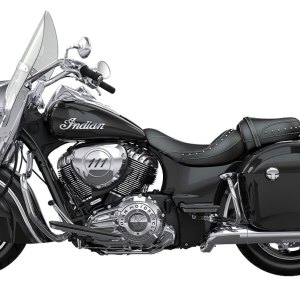 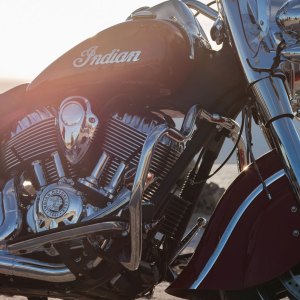 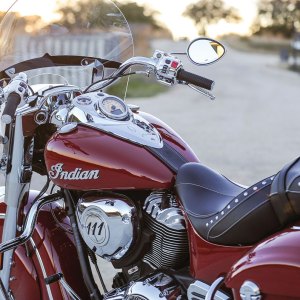 From its curlicue front fender and copiously chromed trim to its old-timey silhouette, the Indian Springfield recalls a bygone era of motorcycling. But in spite of its convincing retro homage, the big-bore bike is laden with future-focused features.

Designed to rapidly switch from a hulking touring bike to a trimmed-down solo cruiser, the Springfield uses remote-operated saddlebags, a quick-release windshield, and an easily removable rear seat to make the transformation. From the perspective of its low, 26-inch-tall saddle, a few modern touches betray the bike’s styling—like the remote key fob (which can start the bike, and lock/unlock the saddlebags) that more closely resembles a control found in a hybrid car than it does an imposing cruiser. But the Springfield’s heart is pure Americana: a 1,811 cc V-twin power plant that produces 119 ft lbs of torque and all the requisite burbles and blatts that recall the golden age of domestic motorcycling.

Despite a massive dry weight of 818 pounds, the Springfield feels unexpectedly manageable at a standstill, thanks to its low center of gravity and easy-to-reach controls. Twist the throttle and the weight further shrinks, thanks to the bike’s considerable torque and easy-to-shift power train. Aiding the process is a discreet digital gear position indicator, and the fact that the clutch is easily modulated for off-the-line acceleration. The bike is available in two color schemes: Thunder Black ($20,999) and Indian Motorcycle Red ($21,549).

Challenging the all-American Harley-Davidson brand with origins that predate it, the Springfield represents the rebirth of the iconic nameplate through the fierceness of a competitive skill set and pricing. Whether die-hard Harley fans choose to switch teams is an intriguing but ultimately pointless curiosity. Bikes like the Indian Springfield have the strength to polarize fans of homegrown American motorcycles, but its ease of use, soulful personality, and innovative design makes it a charismatic and well-engineered way to eat up the miles. (indianmotorcycle.com)