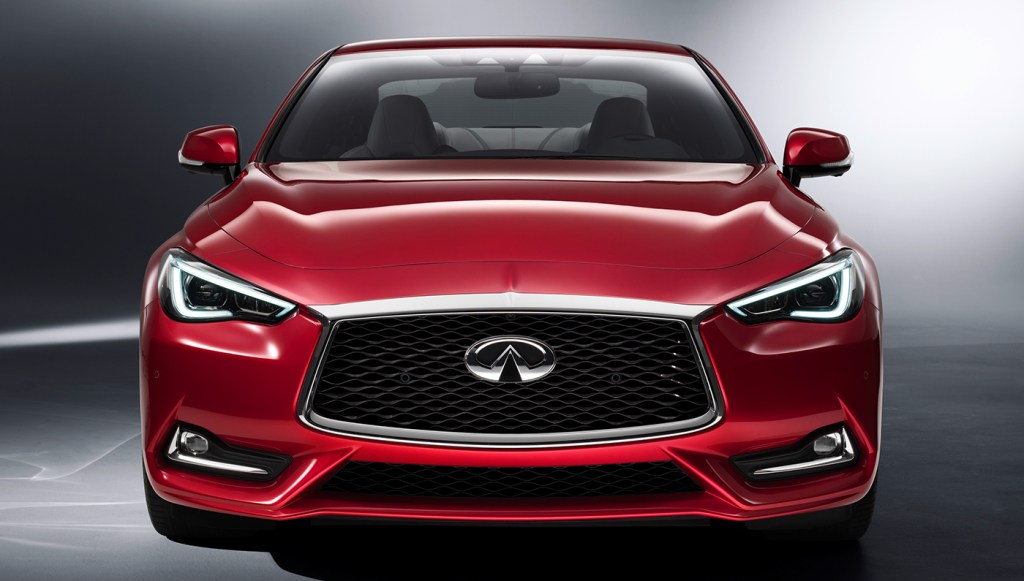 “I love your car,” the valet gushed as I pulled the Infiniti Q60 up to the curb, not far from Los Angeles’ famous Sunset Boulevard. The street was lined with a gaggle of Porsches, Range Rovers, and Bentleys that had conveyed Hollywood heavy-hitters to the annual Women in Entertainment breakfast, which includes Mercedes-Benz among its sponsors. “Really?” I asked. “Yeah,” he replied. “I love that it’s different.”

Unveiled last January at the 2016 North American International Auto Show in Detroit, the Infiniti Q60 is indeed different. It is also the best-looking coupe in the near-luxury segment. Infiniti’s executive design director Alfonso Albaisa and his team created sleek, elegant styling that stands out without looking overdone. In front, Infiniti’s signature double-arch grille is large and aggressive, but steers clear of the looming maw embraced by some of its competitors. Wraparound LED headlights emulate, according to designers, the appearance of human eyelids.

From the side, the Q60 has a low, swooping roofline and high beltline, with flared rocker panels and an arcing character line that runs from behind the door and into the decklid. The rear view emphasizes the Q60’s wide hips with dual exhaust tips and a slightly arching decklid spoiler.

The Q60 does not scream power or speed, nor does it need to. Even in sport mode with the optional direct adaptive steering, the handling is comfortable and relaxed, with a throttle response that seems tuned in favor of fuel economy. Shifts from the 7-speed automatic transmission are smooth and mellow. But once you are cruising at higher revs, there is plenty of power from the engine and boost from the turbocharger to merge onto the highway and pass countless Corollas and Priuses going exactly the speed limit in the fast lane.

The Driver Assistance Package includes a battery of active safety features such as forward collision warning and pedestrian detection. As we maneuver through traffic on the infamous 405 freeway, the system senses slowing or stopped traffic ahead and sounds a warning beep, applies the brakes, or even disables the throttle. Those who prefer less babysitting can decrease the threshold of the car’s warning and braking systems.

Though it is not to be compared with an Audi or Mercedes-Benz, the Infiniti Q60 coupe is a handsome alternative to any other sport coupe in its price range. And it is sure to draw plenty of attention in a sea of sameness—even from a jaded valet. (infinitiusa.com)