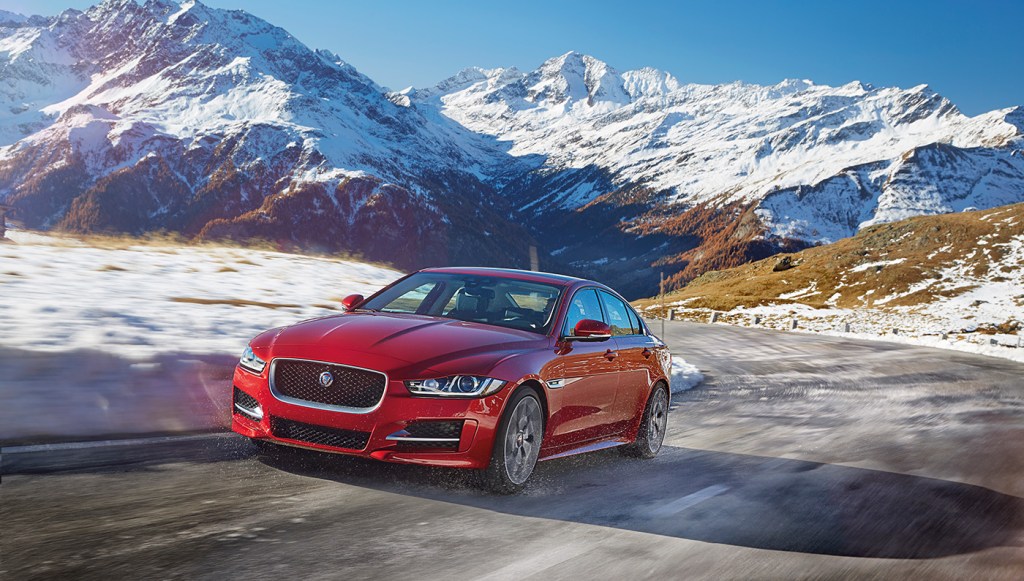 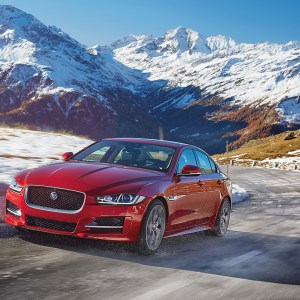 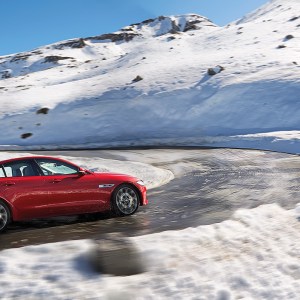 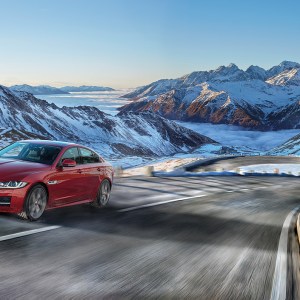 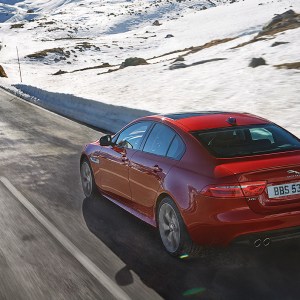 The launch of the new XE is as monumental for Jaguar as the dramatic landscape of the Rocky Mountains looming behind me. It is the British marque’s first contemporary compact sedan, and although it competes in a fiercely competitive class that includes the Audi A4, BMW 3 Series, and Mercedes-Benz C-Class, the all-new XE is up for the challenge with its dialed-in performance, elegant looks, and British flair that sets it apart from the usual suspects.

Driving past the quaint storefronts of Aspen and into snow-capped peaks, I gain nearly 4,100 feet of elevation in less than half an hour. The 35t model’s supercharged V-6 engine (which is pulled from the Jaguar F-Type) isn’t producing all its 340 horses in Colorado’s thin air, but the 3-liter tackles the climb with gusto, especially in sport mode, which holds the gears of the ZF 8-speed automatic at higher revs. Later, the 25d variant’s turbocharged, 2-liter, 4-cylinder diesel (available this fall), struggled as I approached altitudes of 12,000 feet, but its 180 hp should suffice for sea-level dwellers.

Despite 45-mph speed limits and nervous minivan drivers, I managed to catch empty stretches of road where I seized the opportunity to toss the XE around more aggressively. Like the larger Jaguar XF, which we drove late last year, the XE shares the same aluminum construction, along with a 50-50 weight distribution that keeps the chassis rigid, balanced, and responsive. All-wheel-drive, which can transfer up to 50 percent of torque to the front wheels when needed, helps the XE stick through the turns, and the Jaguar’s electric power-assisted steering feels connected to the road, with a stiffer feel in Dynamic mode.

At the summit of Independence Pass, more than 12,000 feet above sea level, our little fleet of XEs is scrutinized by burly locals in Subarus and giant pickup trucks. Part of the XE’s allure is its broad color palette, which goes beyond the handful of choices offered by German competitors. Along with premium options of gray and silver, there is a striking selection of metallic, including Caesium Blue, bold Italian Racing Red, and, of course, classic British Racing Green. An R-Sport model clads the XE with a sport front bumper, extended side sills, and a decklid spoiler.

Inside, soft-touch material covers the top of the dash while accent trims include etched aluminum, satin burl ashwood, or carbon fiber. Leather seats include contrast stitching in the higher-end Prestige models, and R-Sport variants come with perforated leather (particularly striking in black and red).  Unlike German and American rivals, the seats in the XE fit a wider range of body types, thanks to a shorter seat cushion that accommodates F1-sized drivers but extends to fit NBA-length legs.

My XE is equipped with an optional 10.2-inch touchscreen and Jaguar’s InControl Pro interface, which includes smartphone integration and Bluetooth audio streaming. Response time is quick as I tap through the menus, and pinch and drag my way around the navigation map. (The standard instrument panel comes with an 8-inch touchscreen, which is equally intuitive.) The XE can also be equipped with advanced safety features, including emergency autonomous braking, lane keep assist, and automatic parallel parking assist. Starting at $51,700, the XE tops out around $66,000, fully loaded. (jaguarusa.com)