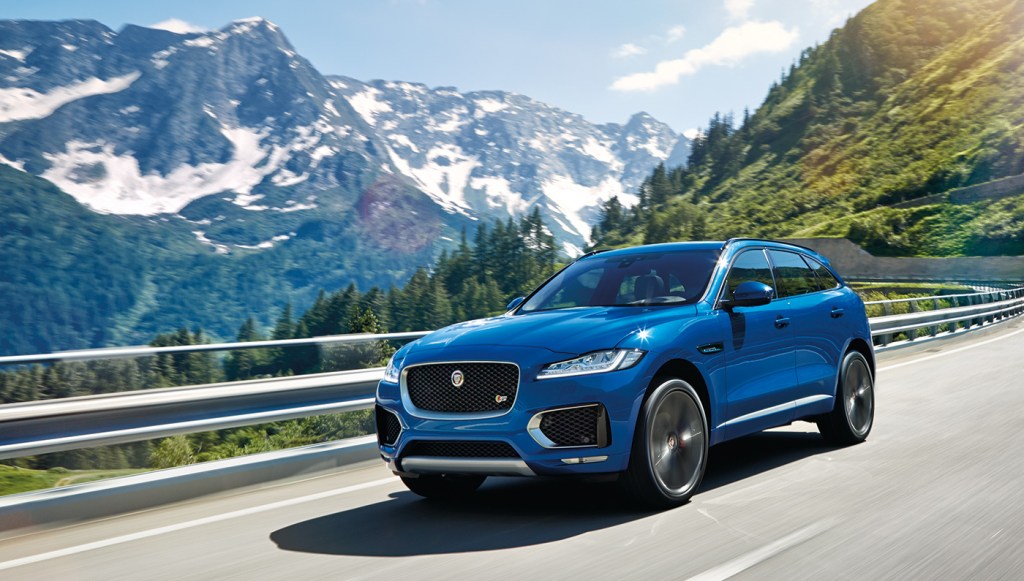 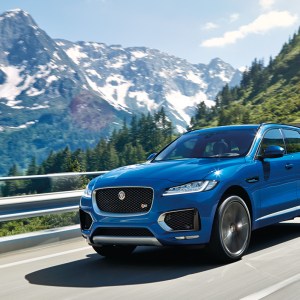 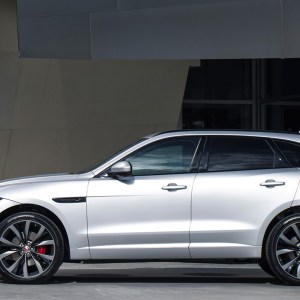 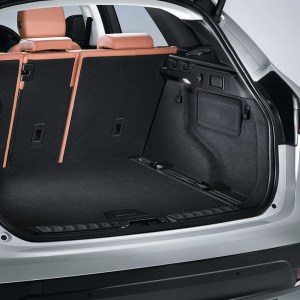 Jaguar joins the luxury crossover frenzy with the all-new 2017 Jaguar F-Pace. Smaller than the Maserati Levante and Porsche Cayenne, but slightly larger than the Porsche Macan, the F-Pace (starting at $40,900) is a true Jaguar, as luxurious and nimble as its sedan counterparts, with the ability to handle inclement weather and challenging terrain.

The F-Pace looks spacious but sleek, with its low roofline and sharply raked windshield. LED headlights and taillights echo those found on the F-Type sports car. And as with all Jaguars, a broad palette of colors goes beyond what’s typically offered by German competitors, and includes the striking Italian Racing Red and a range of cool metallic grays.

We drove the F-Pace in and around Aspen, Colo., whose small-town storefronts glitter with Gucci and Chanel logos, but whose tony appearance was shaped by years of tenacity and sweat. Originally called Ute City, Aspen was settled in the mid-1800s by rough-and-tumble miners, who turned the area into one of the largest silver-mining districts in the West. Like the town itself, the Jaguar F-Pace exudes an elegant and sophisticated exterior, but is built on rugged bones (in this case, Jaguar’s lightweight, mostly aluminum architecture) and aided by technology descended from its Land Rover siblings.

Our route goes from steep, snowy jagged peaks to rolling green hills, splashing through streams of water from the melting snowpack above. The F-Pace feels as light and maneuverable as a sedan, with a perfect 50-50 weight balance that engineers achieved with the use of extra steel at the rear.

Two gasoline engines are currently available. The 340 hp, 3-liter supercharged V-6 is perky off the line, with moderate power delivery in the mid-to-high revs. The F-Pace S, with a 380 hp version of the same engine, is robust and linear, with the extra power especially noticeable in the higher revs. It comes standard with unique front and rear bumpers, a mesh aluminum trim, and is equipped with an adaptive sport suspension and Jaguar’s adaptive surface response, which recognizes different road surfaces and adjusts accordingly to maximize grip. Soon to be available is a 2-liter, 4-cylinder diesel engine, rated at 180 hp. All are paired with ZF’s seamless 8-speed automatic transmission.

High above ski villages deserted for the summer, we pilot the F-Pace through a moderate off-road course. Wisely, Jaguar didn’t design the F-Pace to replace any of its Land Rover siblings, but borrowed some of its technology to make a capable yet still refined crossover. The F-Pace tackled hill climbs, ruts, and tall grass with ease. Its all-wheel-drive system, the same used on Jaguar’s sedans and the F-Type, runs with a rear-wheel-drive bias in normal driving, but can transfer up to 50-percent torque to the front when needed.

Inside, the F-Pace offers up to 63.5 cubic feet of cargo space, plenty for luggage and adventure gear. Seats are comfortable and easy to get in and out of. A soft-touch dash sits atop a clean instrument panel, with just the right mix of hard buttons (like an actual volume knob) and touchscreen functions. The new optional 10.2-inch touchscreen with Jaguar’s InControl Pro interface is the best the brand has ever offered, featuring all the technology one would expect, such as smartphone integration, Bluetooth audio streaming, and navigation with real-time traffic.

Fully loaded, the F-Pace S tops out at around $79,700, which includes options such as a laser head-up display, a suite of active safety features, park assist, and the F-Pace activity key—a waterproof wristband that uses RFID to lock and unlock the car. (jaguarusa.com)