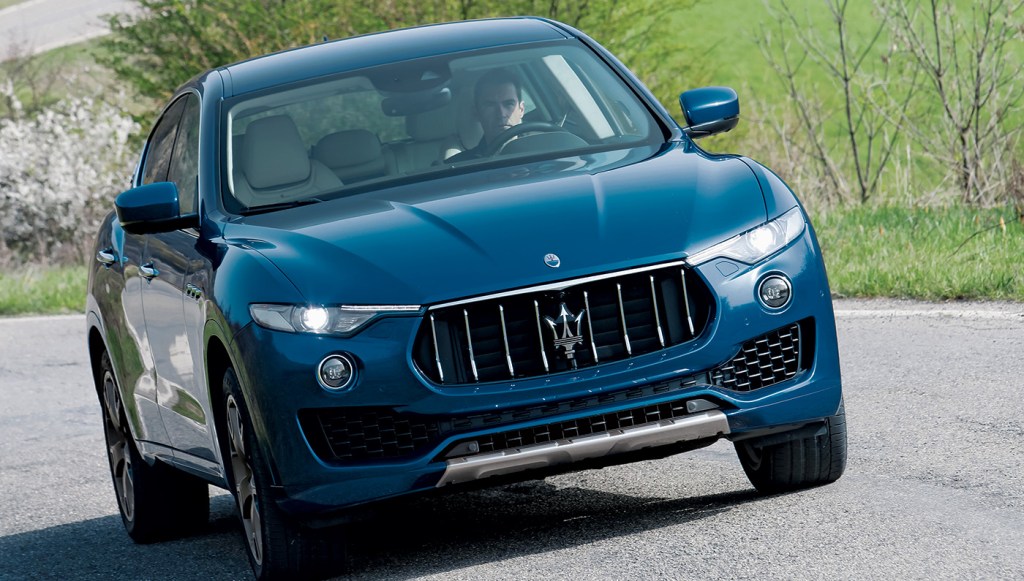 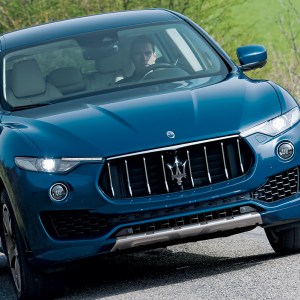 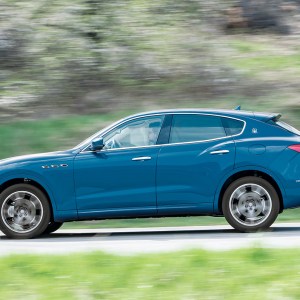 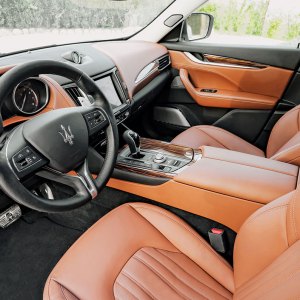 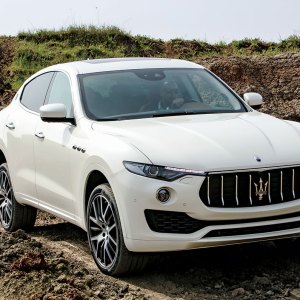 The brand’s first SUV has the power and poise to meet the high expectations that have been set for it.

In the Emilia–Romagna region of northern Italy, the road from the city of Parma to the village of Berceto snakes about 40 miles through the Apennines. This is the route on which Alfieri Maserati, Enzo Ferrari, and other legendary racers competed wheel-to-wheel in the Parma–Poggio di Berceto hill climb, one of Italy’s most prestigious racing events during its run from 1913 to 1955.

I retraced their tracks in the Maserati Levante, the first SUV from the brand that Alfieri and his brothers founded in 1914. The Levante effortlessly passed through each sweeping turn, leaving behind only the sputter of Maserati’s signature exhaust note and, occasionally, a little rubber on the road.

The Levante may be the most significant of the recent additions to the brand’s lineup. According to Maserati’s statistics, SUVs now account for half of all luxury-vehicle sales, and the company wants in on the action. It expects its worldwide sales to reach 70,000 vehicles in 2018 (up from 7,000 in 2012 and 36,000 in 2014), and it’s projecting that the Levante will account for 30,000 of those, including about 10,000 in North America.

Maserati believes the Levante will lure drivers with its size and versatility, as well as with its engine, which is assembled at the Ferrari factory in Maranello. Two versions of the 3-liter, twin-turbocharged V-6 are available in the United States. The 345 hp version powers the base model, which has a starting price of about $72,000; the Levante S is equipped with a 424 hp power plant and has a starting price of about $83,000.

The vehicle takes its name from the Viento de Levante, an easterly wind that blows through the Strait of Gibraltar and can change in an instant from a light breeze to a gale. The engine, especially the more powerful version, enables similarly fast changes of speed. It’s paired with a superb, smoothly shifting 8-speed automatic transmission that includes paddle shifters mounted to the steering column instead of the steering wheel—an idiosyncrasy that, like the engine, derives from Ferrari.

The Levante is larger than the BMW X5 and smaller than the Mercedes-Benz GLS. From the side it looks like a coupe, and its deck-lid spoiler resembles those of the Infiniti crossover models. Maserati designed the Levante alongside the Alfieri, the sport-coupe concept that debuted more than 2 years ago at the Geneva auto show, and the vehicles share a few design elements. Each has a trio of portholes on the front fender and a triangular C-pillar that frames a Maserati badge. But the most prominent shared feature is the shark-nose front end, which includes a concave grille that calls to mind a toothy smile. The grille was inspired by the Tipo 60 Birdcage of the 1960s and is adorned with a sizable trident logo.

*Specs are for the Levante S.

“The Levante design was a challenge for the team,” says Maserati exterior designer Giovanni Ribotta. “We looked at competitors, but we understood it was necessary to do something different, something special.” He calls the Levante’s design “dual soul,” a “contrast between classic and technical elements.”

The Levante features a rigid chassis, a low center of gravity, and a 50/50 weight distribution, all of which contributed to the exceptional balance and agility that it demonstrated through the demanding S turns on the way to Berceto. The front grille’s active shutters and the flat underbelly reduced drag, and the hydraulic steering provided a greater sense of connection with the car than drivers experience with the now-ubiquitous electric steering racks.

From Berceto I headed north on the E33, a modern express route that comprises a string of overpasses built high above the old mountain roads. Here I could drive the Levante at cruising speed and take notice of how quiet the cabin remained. The interior includes leather seats and wood and aluminum trim. The optional Sport package, among other upgrades, replaces the standard cushy seats with more supportive ones that look especially striking in red leather. The vehicle I drove was equipped with the Luxury package, which includes a sumptuous leather dash. The Zegna Luxury package further upgrades the interior with dark-gray silk inserts created by the Italian menswear designer that feature a hand-stitched micro-chevron pattern. The inserts adorn the seats, door panels, roof lining, and sunshades.

Controls for the new information-and-entertainment system include an 8.4-inch touchscreen and a redundant rotary knob that’s similar to those found in BMW and Mercedes-Benz models. A 17-speaker sound system by Bowers & Wilkins is an optional feature. Among the safety systems are adaptive cruise control with stop-and-go capability, forward collision warning with emergency braking assist, lane-departure warning, and rear cross-path detection.

The Levante’s four driving modes are normal, sport, off-road, and I.C.E., which stands for “increased control and efficiency” and can be employed in slippery conditions or when you want to conserve fuel. The modes adjust the transmission shift points, the throttle response, and the suspension setting.

The ride height is also adjustable, with a variance of about 3.5 inches, and will change automatically according to the vehicle’s speed. If, for instance, you keep the car at the normal suspension height, it will automatically adjust down when it reaches 80 mph.

The Levante demonstrated some of its off-road capabilities at a facility near the town of Varano de’ Melegari. The property, dotted with crimson poppies and a couple rusted tractors, used to be a private shooting reserve. Indeed, a family of boars still resided on the premises, though they were in a pen, awaiting their fate in a region known for its prosciutto.

A rainstorm that morning closed some of the off-road trails, but on the more moderately challenging terrain the Levante proved capable. In normal driving conditions, as much as 100 percent of the engine’s torque goes to the Levante’s rear wheels. But when necessary, up to 50 percent can be sent to the front wheels. The adaptive air suspension helps keep the ride level when traveling over rocks and ruts, and it is surprisingly firm in the off-road mode. The latter facet makes it clear that the Levante—even if it is the first Maserati available with a tow hitch—is tuned first and foremost to be a performance car.

Maserati won’t argue with that assessment. “It’s not a dedicated off-road car,” says Roberto Corradi, head of the company’s product development. “We made an on-road SUV that can also go off road.”