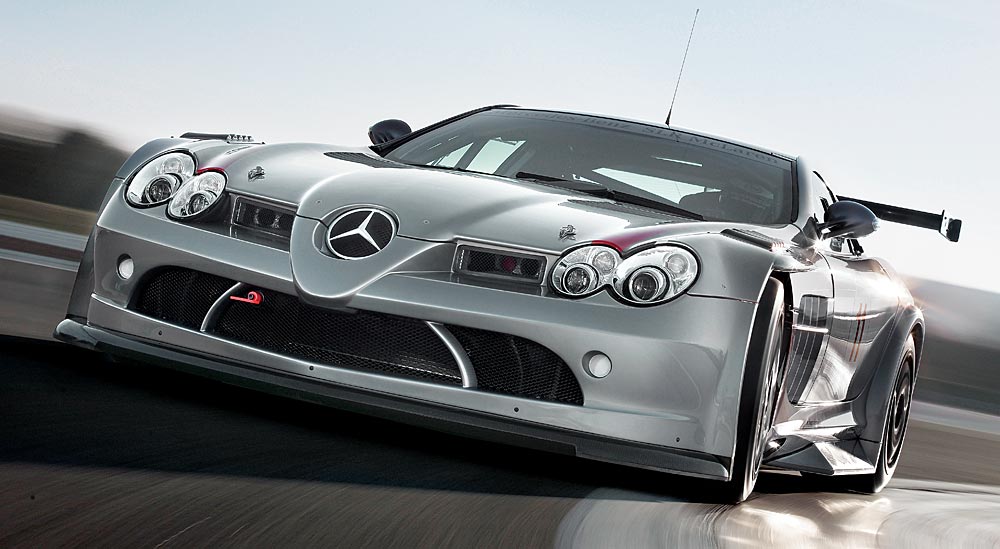 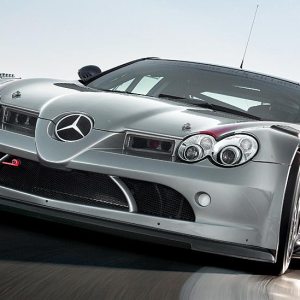 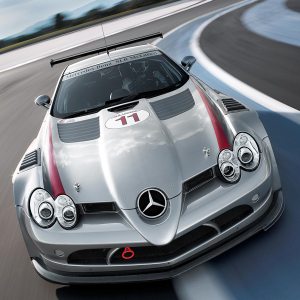 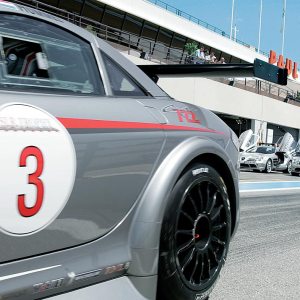 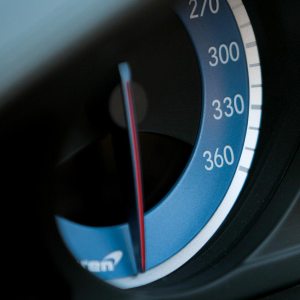 You don’t have to pay dues to join the exclusive SLR.Club and enjoy its many perks, and you don’t have to pass muster with present members. The only requirement is ownership of a rare $500,000 Mercedes-Benz SLR McLaren—or a new $1.2 million, 671 hp, race-ready version of the car.

Land Rover, the British off-road pioneer that brought culture to agricultural motoring, coddles its customers with town-and-country skeet shoots and up-wadi adventure treks across forgotten lands where camels remain the daily drivers. Aston Martin, Jaguar, Bentley, and Audi have taken their patrons to Circuit de le Sarthe, home of the 24 Hours of Le Mans and a place where automotive breeds can become legends. Ferrari operates a race series for F430 Challenge owners; a parts-replication-and-restoration program to keep its senior citizenry up and running; and 21 boutiques, from Las Vegas to Qatar, that sell Ferrari racing suits for toddlers, Ferrari bikes and skis, Ferrari alarm clocks, Ferrari cologne, Ferrari foulards, and Ferrari piston-shaped paperweights.

All of these initiatives are part and parcel (and profit for car owners) of cradle-to-crematorium marketing campaigns supported by companies that seek to protect their august heritages—and also, quite obviously, to expand their sales by enticing potential customers while rewarding existing-buyer loyalty. Mercedes-Benz probably accomplishes these goals best—certainly most exclusively and expansively—with its SLR.Club. (Do not ask about the period after SLR; it is either a graphic designer’s quirk or an uncorrected typo by a Mercedes copywriter.)

SLR.Club members have access to a permanent two-story home base that includes meeting rooms, a gym, a business center, a hospitality suite, and a veranda overlooking the final turns into the finish straight at Circuit Paul Ricard. The track, named for the billionaire inventor of an aniseedand-licorice-flavored pastis that has been poisoning French palates since the 1930s, is officially known as the Paul Ricard High Tech Test Track. It is now owned by F/1 chief Bernie Ecclestone, who also owns the virtually trackside Hotel du Castellet, a Relais & Châteaux property where SLR members stay. The track is just over six miles from the cobblestones of the medieval village of Castellet, which represents southwestern Provence at its very prettiest.

The SLR clubhouse is within sight of an airport with a runway long enough to accommodate a Gulfstream G550; near vineyards yielding the world’s crispest, fruitiest, and rosiest aperitif and luncheon wines; and a short drive from Marseilles, Cannes, Saint-Tropez, and Monaco. In short, the SLR.Club has better grounds and surrounds, it must be assumed, than any Corvette-owners club.

SLR.Club members pay no dues, just a one-time initiation fee that is automatically covered by the purchase of a $500,000 Mercedes-Benz SLR McLaren roadster. (Buying a coupe, at $450,000, would reduce the admission cost, except that production stopped last year, after Mercedes had sold 1,400 of the hardtops.) Membership is exclusive: Mercedes has limited roadster production to 220 cars. Some remain available, but the run should conclude by the end of next year. If you can find a used-car lot selling a pre-owned SLR McLaren, your club membership will be grandfathered in.

Membership entitles you to a year-round schedule of exquisite self-indulgence by motorcar. Highlights—priced individually—include track days on motorsports’ most venerated racing asphalts: Monza in Italy, Spa-Francorchamps in Belgium, Salzburg in Austria, the always iffy but tantalizing Nordschleife loop of the Nürburgring in Germany, and, of course, the club’s home circuit of Ricard—an open, fast, and scientifically safe 2.3-mile loop.

The club offers driver training for those who are not quite comfortable with their SLR’s 671 hp, supercharging, and top speed of almost Mach 2. It is a comprehensive, ultrasophisticated course that involves telemetry, cardio training, and physiotherapy, along with the chance of having F/1 driver David Coulthard or three-time Le Mans champion Klaus Ludwig as your instructor. The truly enthusiastic can use these school days to acquire a full Fédération Internationale de l’Automobile competition license.

A schedule of five-star excursions for you and your family or other companions includes golf at Terre Blanche, a midnight-sun motoring tour in an SLR convoy across Scandinavia, full-access passes to the Geneva International Motor Show, a six-day crossing of the Austrian Alps followed by sunny lounging in Venice and Portofino, and a weekend of hot-lapping on ice at Sweden’s Arjeplog Test Center, where Mercedes (as well as Rolls-Royce and BMW) conducts its cold-weather testing.

This year the SLR.Club made its most dramatic move: the inauguration of a members-only pro-am race series—the SLR.Club Trophy 722 GT series—which began with races in May at Ricard, in June at Monza, and in July at Spa-Francorchamps. The remaining competitions for 2008 are slated for September 6 at Salzburg, September 29 at the Nürburgring, and October 19 at Ricard. Everyone will drive identical SLR McLaren 722 GTs, a 671 hp track version of the street SLR coupe.

Entry in an SLR.Club Trophy event costs $22,000 per race, which buys you everything from your own race and data engineers to a mechanical crew and pit signage. The 722 GTs themselves are available for $1.2 million apiece from British racecar designer/builder RML (Ray Mallock Ltd.). RML will make only 21 GTs, and Renntech, a Mercedes aftermarket specialist in Lake Park, Fla., is the sole American importer of the car. (For about $1 million, Renntech will transform any existing Mercedes SLR into an SLR 722 GT.)

RML has wreaked havoc on the standard SLR, a car with a shape and performance envelope that were already ferocious. The firm made aerodynamic revisions, improved the splitter and diffuser configurations, and reshaped the inlets and scoops to improve air circulation. RML then lowered the car and completely recalibrated the suspension geometry so that it would handle the increased adhesion of racing slicks. The company also added a huge rear spoiler, bigger brakes, 18-inch wheels, a racing air filter, and miniaturized mufflers. “Our challenge was to get [the 722 GT] fast while keeping it up to [racing class] GT3 FIA safety standards,” says Graham Norden, chief designer for RML. “We were looking for a 5 percent improvement in track performance. We got 9 percent.”

The revisions to the SLR 722 translate to a zero-to-60-mph scoot of 3.3 seconds and a top speed just shy of 200 mph. The GT shed weight by sacrificing air bags, a radio, carpets, antilock brakes, power windows, puffy seats, a dashboard, and all conveniences, for a total loss of 660 pounds.

Despite all the weight-watching, the GT still tips the scales at 2,900 pounds—between the Corvette ZR-1’s 3,350 pounds and the 2,877 pounds of the smaller Porsche Boxster. But on Circuit Paul Ricard, during a four-day event in May when Mercedes introduced the GT and the race series, the vehicle’s heft was less problematic than estimating the width of the car and pointing that long schnozzle and its front corners in precisely the right direction. Paddle-shifting the 5-speed gearbox was far from instantaneous, and when entering tight corners, it was best to get the cogs lined up early for a better-balanced, less frantic exit.

This is a thorough, mildly uncouth racecar that needs to be nursed to maintain balance, and eased in and out of corners with control, not with guesswork by hands and feet. Once car and driver settled down and grew friendlier with each other, Ricard’s medium-speed corners and fast sweepers became fun, and front straight acceleration was a swoosh and a rush of total exhilaration.

The SLR.Club, barely two years old, remains a work in progress and heavily Eurocentric. Of the 1,500 SLR owners, only 30 percent are active in the club, but, notes Andreas Montmann, brand manager for the SLR McLaren program, participation should jump next year when the club expands its activities into the United States. It will emphasize the drives of the East Coast and West Coast, and perhaps events such as Pebble Beach and track days at Laguna Seca in California.

Montmann was a driving force behind the club’s formation, overseeing, he says, “some 14 events—sneak tests—that we held in 2003 for SLR owners at Idiada [Proving Grounds] in Spain. From that, a group of 150 developed. They got to know each other, did business together all over the world, and a community developed.”

From this clique evolved the closed clan, which now includes the prerequisite Greek shipping magnate, Swiss bankers, global textile barons, a Dubai developer, a German industrialist who travels to SLR events with a former special-forces bodyguard, and smiling Nick Staikos of Belleville, Ontario.

Staikos grew up in Greece with little: no family money and no education—just an hourly laborer’s skills. He came to North America four decades ago and used his self-taught carpentry skills to build houses; eventually his development company began building entire communities. Today he owns a dozen Mercedes-Benz vehicles, from SLKs to SLRs, all mechanically burnished by AMG, the factory’s high-performance division. “Unimaginable,” he says of owning an SLR without an SLR.Club membership. “It is no longer enjoying just a car, but creating a full lifestyle by enjoying the car in all its correct settings.”

Gerhard Schnuerer, of Newport Beach, Calif., also enjoys the privileges of SLR.Club membership. A German-born electrical engineer who was one of the original designers of the uninterrupted power system, a battery backup system, Schnuerer has an enormous passion for Mercedes. His father, in Baden-Baden, drove a 1938 MB230; Schnuerer recently bought an identical model on eBay. He has three SLR McLarens, an 1886 Benz three-wheeler, and a 1911 Mercedes once owned by a Chicago railroad magnate who perished when the Titanic sank.

“Being an engineer, I’ve always been fascinated by [Karl] Benz as the inventor of the automobile, by his technology, and how the company, the product, and the brand have developed,” Schnuerer says. “The SLR McLaren is the epitome of a sports car, with the carbon-fiber body, the supercharged 5.5-liter engine, and the lines; that long nose is a piece of art, like a Cézanne or a Renoir, something that causes you to stare at it.”

Up Close: In Conversation with Lojistic’s Luke Kupersmith