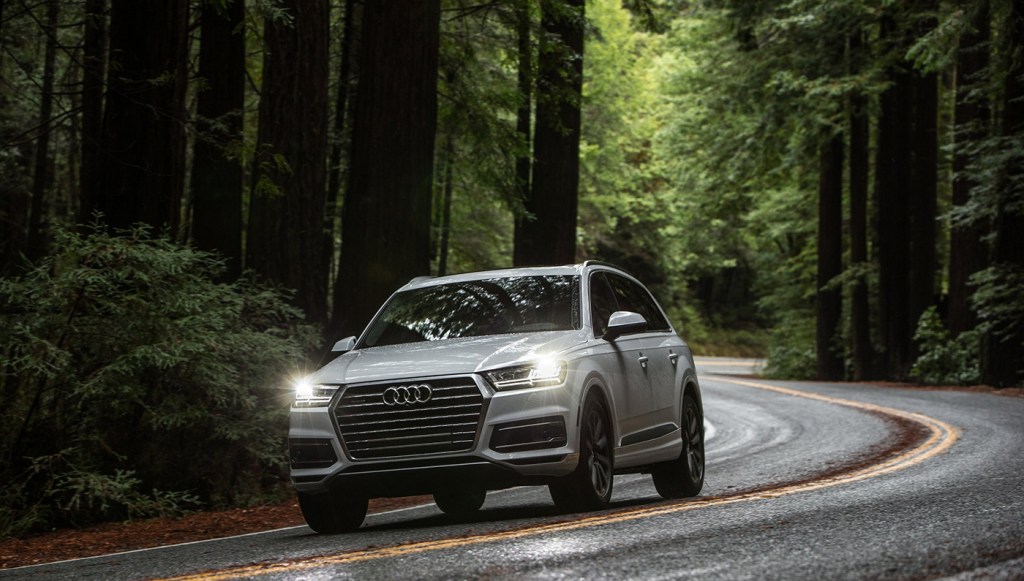 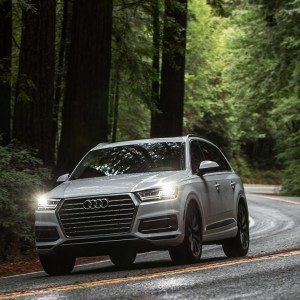 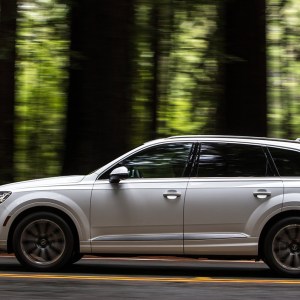 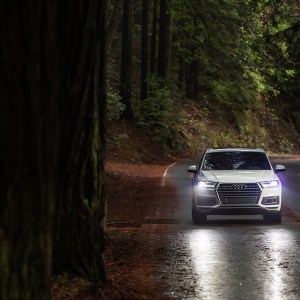 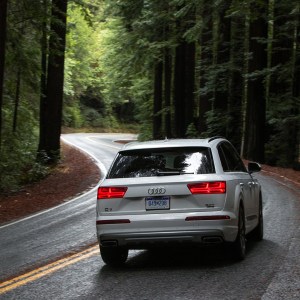 Audi’s entry into the SUV market came late in the game: Unveiled at the Frankfurt auto show in 2005, the Q7 followed the trail blazed by the likes of BMW, Cadillac, and Range Rover.

Now, in 2016, Audi gains a serious leg up on the competition. The second-generation Audi Q7 is built on Volkswagen’s new MLB platform, which shares underpinnings with the Bentley Bentayga. The chassis will ultimately make its way to Porsche’s next-generation Cayenne. These advanced underpinnings mark a quantum leap for the Teutonic SUV. Though it has the same exterior proportions as the outgoing Q7, the updated model carves out more headroom, legroom, and shoulder room for its occupants. By boosting aluminum content from 6 percent to 41 percent, the new Q7 sheds an astonishing 500 pounds of mass, aiding both acceleration and fuel economy. Inside, an optional Luxury package ($6,000) offers supple Valcona leather and an Alcantara headliner, while the Bang & Olufsen 3D Advanced Sound System ($5,000) delivers audio that is pleasantly punchy yet transparent.

Technology also enhances the driver experience. Thanks to a GPS-based signal that communicates with the adaptive cruise control system, the Q7 recognizes bends in the road and reduces speed in anticipation of them. The optional Adaptive Chassis package ($4,000) incorporates an air-suspension system that provides an eerily smooth ride, as well as an all-wheel steering system that produces surprisingly tight turns at low speeds while enhancing high-speed stability.

Thanks to the 3.0-liter V-6’s 333 hp output, the quick-shifting 8-speed dual-clutch transmission, and its newfound weight loss, the Q7 hustles its mass through corners with surprising agility—especially considering its ability to carry seven passengers. Our spirited drive through Napa Valley’s winding country roads made the Q7 feel like a far smaller, nimbler vehicle than its footprint might suggest. Capable and capacious, the new Audi Q7’s refinements transform it from a secondary contender to a class leader, luring would-be buyers away from the usual luxury SUV suspects. (audiusa.com)