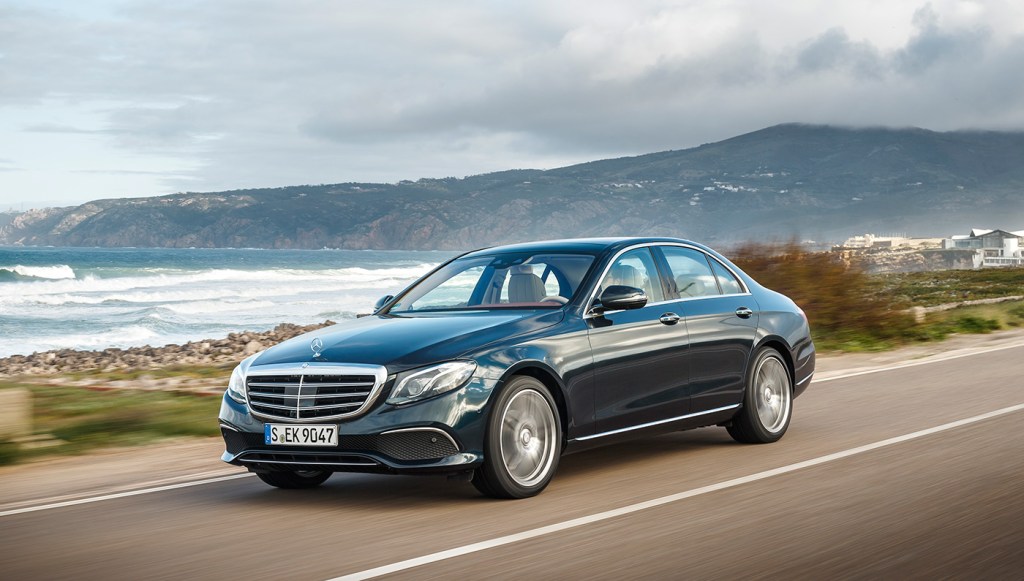 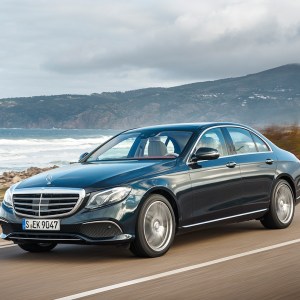 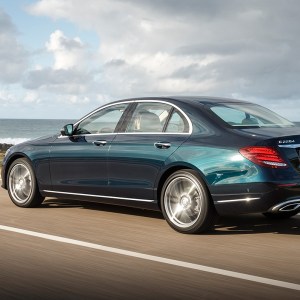 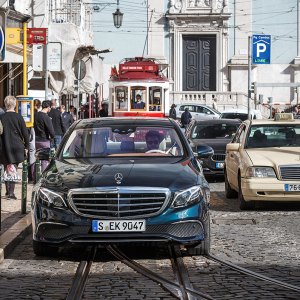 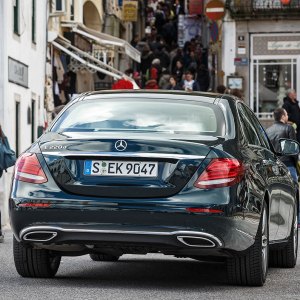 The Mercedes-Benz E-Class has been called one of the most important models in the German carmaker’s lineup, with more than 13 million units sold worldwide since the car’s introduction in 1993. For the 2017 model year, the midsize sedan has been completely redesigned, with styling that trickles down from the flagship Mercedes-Benz S-Class, but also with some unique features all its own.

“Our design philosophy is hot and cool,” Mercedes-Benz chief designer Gorden Wagener told Robb Report when the E-Class premiered in Detroit, which he echoed again at the recent Geneva auto show. “Hot, meaning, it makes you want to fall in love. And cool, meaning it has the latest technology.”

Indeed, technology is a major highlight of the new E-Class, the first of Mercedes-Benz’s production cars to employ features taken from some of its recent concept cars. The semi-autonomous Drive Pilot feature (activated by two pulls of the cruise-control stalk) can accelerate, brake, and steer the car at speeds of up to 130 mph, and can help the car change lanes.

It is a disconcerting feeling, cruising down a six-lane highway in Lisbon, Portugal, without any hands on the wheel or feet on the pedals. Although the car’s movements are practically seamless, we sometimes find the steering more reactive than proactive, especially around curves. A few times we give into temptation and grab the wheel, helping our automatic pilot on particularly narrow stretches. A Mercedes-Benz engineer later tells us the autonomous feature only works up to a certain steering angle, depending on speed and other factors.

Interior quality and detail excel far beyond that of any previous E-Class model. New seat designs, which designers say mirror a shapely human form, are highly comfortable and cradle the body in an elegant fashion. Ambient light through the cabin can be displayed in any of 64 colors; we preferred ours a deep violet-blue.

As with other Mercedes-Benz models, we are particularly fond of the Designo package’s quilted leather upholstery (especially in two-tone cream and brown) and the beautiful matte, open-pore wood-trim option.

European cars come standard with two panoramic, 12.3-inch screens: one in the center stack, and a configurable TFT instrument cluster. (These are available as options for U.S. cars.) Analog gauges with a center display come standard in the United States, but the digital feature can be special-ordered. Thumb pads on either side of the steering wheel serve as track pads for operating the car’s dual screens.

The first variant of the E-Class to go on sale in the United States is the entry-level E300, powered by a 241 hp, 2-liter, turbocharged 4-cylinder engine and available as both rear-wheel drive and 4Matic all-wheel-drive variants.

After getting our fill of automated driving, we take full control of the wheel and are not disappointed. Although specs seem modest, the E300 is an enjoyable cruiser, offering up enough power as we twist our way through winding mountain roads in the Parque Natural de Arrábida, northeast of Sesimbra, with greenish-turquoise coastal waters far below. Clever sound engineering gives the engine a mature, able note—not whiny or strained. A new 9-speed transmission (which also debuts in the new SL-Class) shifts seamlessly in all driving modes, though understandably we get the best out of Sport. The car’s crosswind technology and improved aerodynamics—with an incredibly low drag coefficient of 0.23 for this European spec model (the drag coefficient of the U.S. version will not be quite that low)—help to keep the car stable on this particularly blustery day.

Back on the highway after a long day of driving, we give two quick tugs on the steering-wheel stalk and let the Drive Pilot take over. “I suppose our jobs will soon become obsolete,” a passenger and fellow journalist quips. On the contrary, as cars get closer to driving themselves, buyers will most likely turn their attention more toward attributes such as design, quality, and comfort. On these points and more, the new Mercedes-Benz E-Class delivers. (mbusa.com)