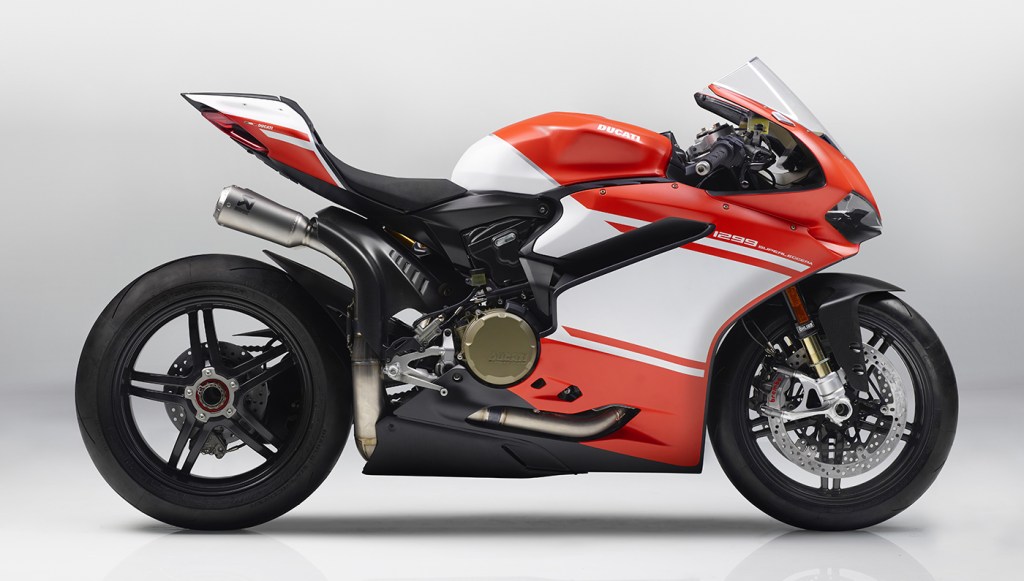 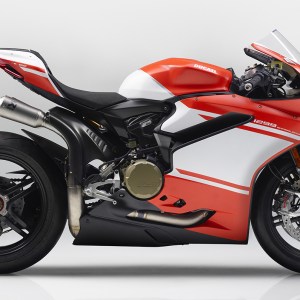 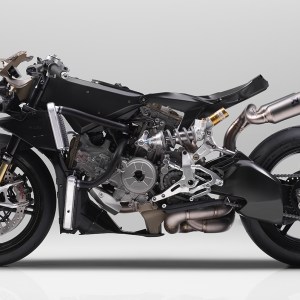 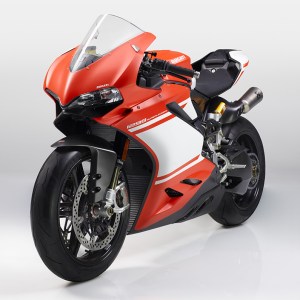 Dashing by every definition, the new 215 hp Ducati 1299 Superleggera not only turns heads as the brand’s fastest bike ever built but also as the world’s first production motorcycle to feature a comprehensive use of carbon fiber. The eye-catching innovator in power, performance, and weight reduction gives a glimpse of the industry’s future—just don’t blink.

“Throughout our 90-year history, we’ve created the most advanced superbikes available, it’s within our DNA,” says Jason Chinnock, chief executive officer of Ducati North America. “But the 1299 Superleggera sets new benchmarks across the board.”

Behind the bike’s impressive boost is the most potent version of Ducati’s Superquadro road engine to date. Generating up to 108 ft lbs of torque, the Desmodromic twin-cylinder heart pumps out an additional 10 hp over the 1299 Panigale yet manages to be substantially lighter. More muscle with less mass is made possible through an enlightened approach to componentry that includes a revised crankshaft and use of titanium and aluminum for the con-rods and cylinder liners, respectively.

A greater challenge to the development team was the ubiquitous use of composite material for the frame, subframe, swingarm, and wheels. “It was not just a matter of taking these elements and replicating them in carbon fiber,” explains Chinnock. “We had to redesign and restructure them to ensure that they would still deliver optimal performance.”

Just as inspired is the machine’s electronics suite, which debuts the Ducati Power Launch (DPL)—a system for controlled standing-start acceleration never before featured on the brand’s superbikes. Also on board are integrated assists such as the Bosch antilock braking system, traction and wheelie controls, and Chinnock’s favorite, slide control. The latter, he asserts, allows the rear of the bike to pivot around the front, maximizing the cornering line.

Enhanced handling is also driven by the choice to forsake forged aluminum wheels for carbon-fiber ones that lighten the load by 3.1 lbs and provide a 26-percent reduction in rolling resistance at the front and 44 percent at the back. And rounding out the package are Pirelli Diablo Supercorsa SP tires to take on any road or track.

Each of these individual advancements contributes to a sum far greater than its parts, as Chinnock is quick to point out. “The beauty of this bike is not found in just one aspect of technology but in how they all seamlessly interact to deliver horsepower and rubber to the road in a safe and efficient manner.”

While the 1299 Superleggera’s design and delivery may be hard for the competition to touch, the model itself may prove as elusive to buyers since only 500 examples will be made, each priced at $80,000. Those fortunate enough to own one, however, will be privy to an exclusive Italian racing circuit experience (with Ducati’s team riders) and the opportunity to unlock more of the bike’s seemingly boundless potential.

Equally open-ended is Chinnock’s response when asked if a realistic barrier for speed has been reached. “Once a limit is set, it is our responsibility to push past it,” he explains. “This is what keeps our engineers up at night and our customers coming back.” (ducati.com)