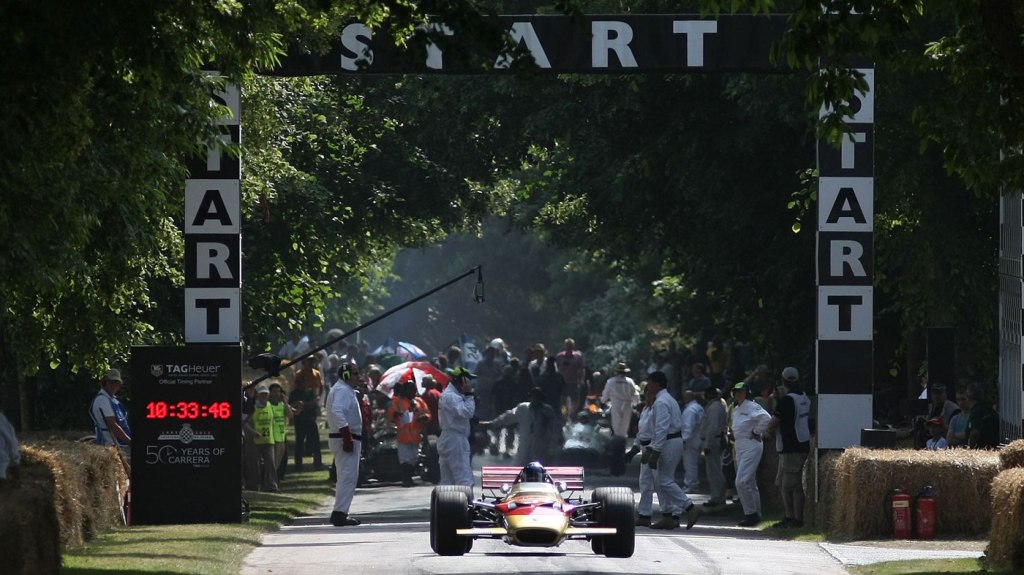 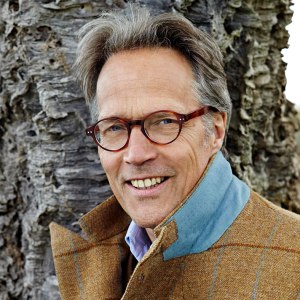 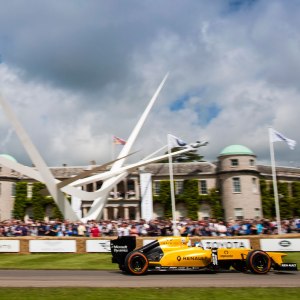 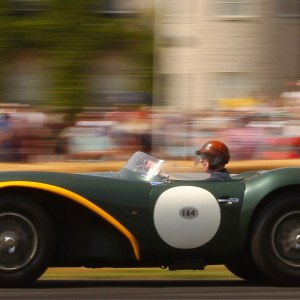 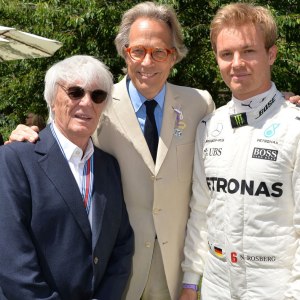 The annual Goodwood Festival of Speed, which kicks off again tomorrow, has been a fixture on the automotive calendar for the past 25 years. The event was conceived by Charles Henry Gordon-Lennox, the 11th Duke of Richmond (formerly Lord March), as a way to revive interest in motorsport.

Robb Report recently asked the Duke of Richmond about the festival, how it has progressed, and what a few of his favorite moments have been.

How many people attend the festival each year?

When we started in 1993 we were not at all sure how many would come to that first Festival of Speed. We quickly ran out of tickets, however, and by the end of that first two-day event we had counted about 25,000 people through the gates. Now, over the four days of the Festival, we have a crowd of over 200,000, with fans coming from all corners of the world.

Charles Henry Gordon-Lennox, the 11th Duke of Richmond and founder of the Goodwood Festival of Speed.  Photo by Uli Weber.

What form of motorsport competition takes place at the Goodwood Festival of Speed?

Most of the cars and bikes compete against the clock on a 1.16 mile hill-climb course that runs through Goodwood Park before going up the hill towards the horse racecourse on the Sussex Downs. This track was first used by the Lancia Car Club, who staged a hill climb. The fastest time was set by my Grandfather, using his “local knowledge” and his own Lancia Aprilia.

In order to compete, what criteria do the drivers need to meet?

All drivers and riders must have a competition license and all the cars and bikes are scrutineered by the BARC [British Automobile Racing Club], who control the track during the event.

The Duke of Richmond piloting a Bugatti Chiron at a past running of the Goodwood Festival of Speed.  Photo by Gary Hawkins/Shutterstock.

How many people work at the event?

Well we have over 750 permanent staff at Goodwood year-round but with all the casual staff, partner teams, and agencies that come to build the stands and make the events happen, we can have over 11,000 people working on the Festival of Speed. It’s quite staggering but it’s the largest green-field site-build in the world and we have many partners. One moment the view from my window is of grass and sheep and then, within a month or two, there’s a small city out there—it’s a big operation. We contribute around £240 million to the economy, according to a recent University of Brighton report.

Is there a philanthropic component to the Festival of Speed?

We support many, many local causes and charities across the Estate. Each major race or event will have a charity element to it and my family and I have always been heavily involved in supporting local charitable bodies and giving time and support to local causes.

What makes the Festival of Speed so special?

Making all the cars accessible to the public was a key thing, we have no ropes around anything, which no one else was doing. It’s always been part of the ethos of the event that the cars and drivers were accessible. Entries were also all by invitation only, and we’re still very hot on choosing the cars and bikes we feel are right.

What was your inspiration for the event?

Goodwood has a great motorsport history, going back to 1948 when my Grandfather established the circuit for racing. He was a keen racing driver before the war and it was through him that I developed my passion for cars, so, when I took over the estate, one of the first things I wanted to do was to try and get the circuit going again.

I founded the Festival of Speed in 1993, just to see if there was still a connection for people in relation to Goodwood and cars. Of course that connection turned out to be huge.  We re-opened the Motor Circuit in 1998 and created the Revival, the only major sporting event in the world to take place completely to a period theme. I think the nostalgia is so important to people as the cars and bikes take them back to a formative time in their lives, a time when motorsport was very glamorous and exciting— and that’s very powerful.

From left: Bernie Ecclestone, the Duke of Richmond, and Nico Rosberg at the 2017 Goodwood Festival of Speed.  Photo by Dominic O'Neill/SilverHub/Shutterstock.

What is your all-time favorite racing car?

What have been your fondest memories of the festival?

My favorite moments are too many to mention, but among great memories are the Ferrari F1 team debut in 1996, driving Jim Hall’s great Chaparral 2E on the hill, Dan Gurney driving his Eagle F1 car in 1995, and getting all the Silver Arrows (Merc and Auto Union) from the Mercedes and Audi museums. And we should include Bernie Ecclestone coming in 2017, having waited for him to accept after so many years!