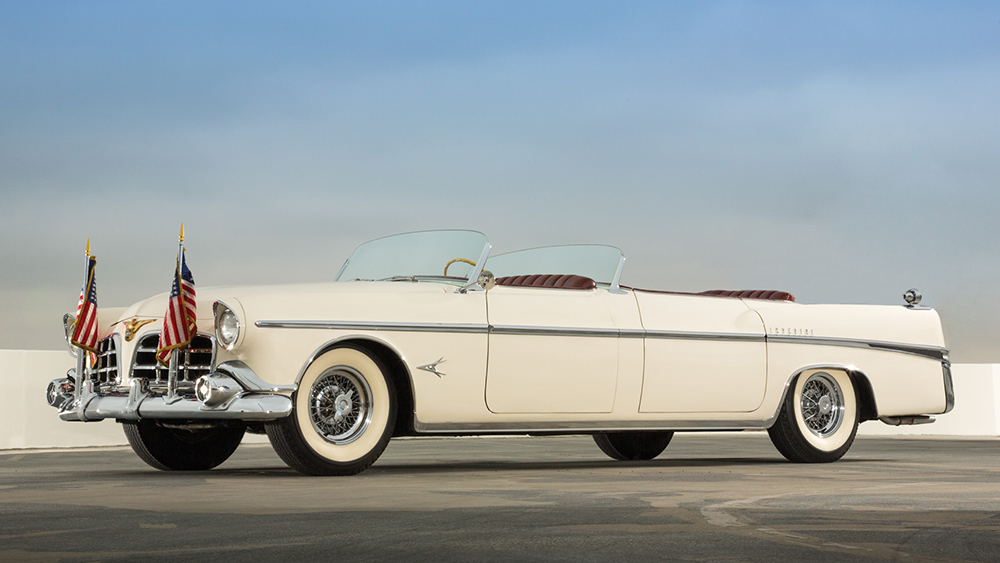 Monday is Presidents’ Day, and if you’re in Los Angeles, you may want to make your way to the Petersen Automotive Museum parade, which will see a number of gorgeous vehicles driving around for nearly three hours, including a stately machine that once served President Eisenhower.

The famed museum decided to put on the extravaganza as a thank you to the kind citizens and automotive denizens of Los Angeles who have patronized the establishment for the past 25 years. A number of Hollywood cars will be included, such as the 1951 Chrysler Camera Car once owned by movie titan and billionaire Howard Hughes, the Volkswagen Type 2 Microbus from the indie comedy Little Miss Sunshine, the 2002 Jaguar XK-R stunt car that was driven by the bad guys in the 2002 James Bond film Die Another Day, the Honda S2000 from 2 Fast 2 Furious, and the 1998 Volkswagen Beetle Convertible from the second Austin Powers flick, The Spy Who Shagged Me. The Chrysler Imperial Parade Phaeton, which belonged to President Dwight Eisenhower will also wind its way through the route.

The parade steps off at 10 a.m. in Playa Vista and will pass by plenty of iconic Los Angeles places, including the Santa Monica Pier, Rodeo Drive, and the Hollywood Walk of Fame. There’ll also be a chance for people to get up close to the beauties during a 20 minute stop at Abbott Kinney Boulevard in Venice, where photos are encouraged. The fleet will make its way back to the museum around 1 p.m. where the collection will be on display up on the third floor of the garage.