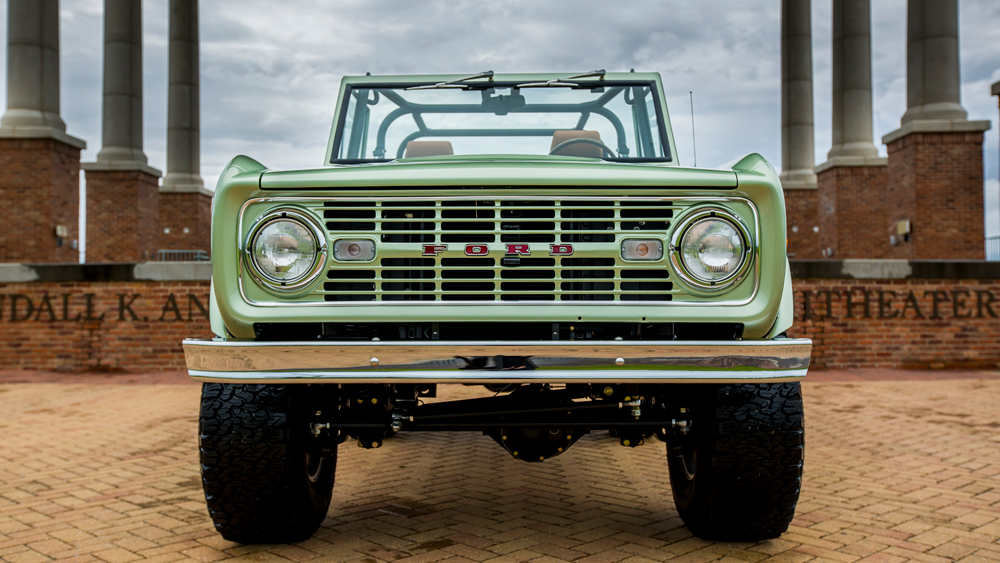 Velocity Restorations in Pensacola, Fla., was founded over a decade ago with the mission of restoring vintage Ford Broncos, mostly from the truck’s first generation (which was sold from 1966 to 1977). However, as their business grew, the shop started working on automobiles outside of the Bronco sphere—mostly on American muscle cars and other trucks.

However, the company has decided to get back to basics. It has launched a new division called Early Ford Broncos that is focused entirely on, you guessed it, working on Broncos. Housed in the same 22,000-square-foot garage as the rest of Velocity Restorations, the division will have its own team of Bronco specialists that know the vehicle backward and forward.

Now, the division has unveiled the first fruits of its labor, a 1972 Bronco restomod. A complete frame-off project, the team did a full media blasting followed by rust removal, working out imperfections in the metal, and making sure all the panels line up perfectly. The original engine was replaced with a thoroughly modern 5-liter Ford Coyote V-8 engine coupled with an automatic Ford 4R70 transmission with overdrive.

Lending the truck a unique look, the team fabricated beach doors from factory doors to fit the precise tolerances of the vehicle. It has also been significantly lifted and fit with 36-inch tires, though Early Ford Broncos is quick to say that it still handles wonderfully. And while nostalgia is wonderful, there’s no reason to suffer for it; the vintage vehicle has been retrofit with a new air-conditioning system. But what’s a road trip without some tunes to go with it? With a new Kicker KS sound system, the buyer will be able to bang along to a drum solo against the retro wood steering wheel with chrome accents. A relaxed seafoam-green paintjob rounds out the package.