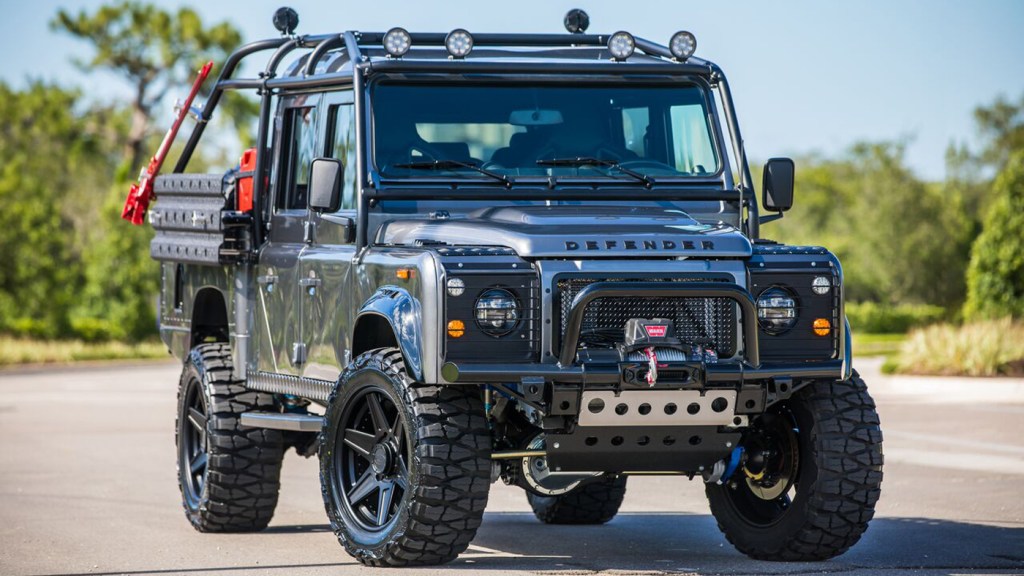 East Coast Defender doesn’t sell SUVs, it sells dreams. And the Florida-based team, founded by self-proclaimed “British petrol heads” who share a passion for Land Rovers, has turned another fantasy into reality with Project Viper. The $285,000 one-off build is a re-imagined Defender that is equally capable of cruising up mountains and down the red carpet, thanks to mechanical and interior upgrades that extend the limits of the original—one with already legendary off-road capability.

“We don’t get people coming to us saying, ‘Well, it’s between you and a G-Wagon [Mercedes’ iconic Geländewagen],’” says Scott Wallace, co-owner of East Coast Defender along with brothers Tom and Elliot Humble. “With us, you’re buying a custom vehicle. You’re commissioning a special machine.”

Now in its fifth year of operation, the company consists of 36 employees who work unitedly to turn out around three dozen modified Defenders a year, most priced between $165,000 and $185,000. East Coast Defender starts each project by globally sourcing models from the 1980s and ‘90s—the more used the better. “We share each car’s story with the customer,” says Wallace. “If it spent its life working hard on an English farm, you’ll know about it. That’s part of the story.”

Project Viper was born from the company’s Ultimate Vehicle Concept (UVC) division, which plans to produce approximately 10 projects a year. The doctor who commissioned this unique SUV gave the group one goal. “He was eager to make sure it would be able to tackle anything he could throw at it at in Costa Rica,” says Tom Humble. “He needed to be able to drive it through three-feet of water at 50 miles per hour, and then take it to a fancy restaurant.”

The result of that demand is powered by a turnkey Chevrolet LS3 6.2-liter V-8 engine, good for 430 hp, supported by KAM custom axles and braked by Wilwood 6-piston race calipers up front and 4-piston at the rear. Components such as a stainless steel fuel cell, hand-built aluminum radiator, and braided stainless steel fuel and brake lines, further bolster its level of brawn. Enhanced safety features include a full external roll cage (provided by Safety Devices in the United Kingdom) and a Warn winch with cable that can be lashed to the tubular bumpers for ease of extraction.

Project Viper presents the best of both automotive worlds. “It’s an absolute beast on the bottom,” says Elliot Humble. “But with luxury at its core.”