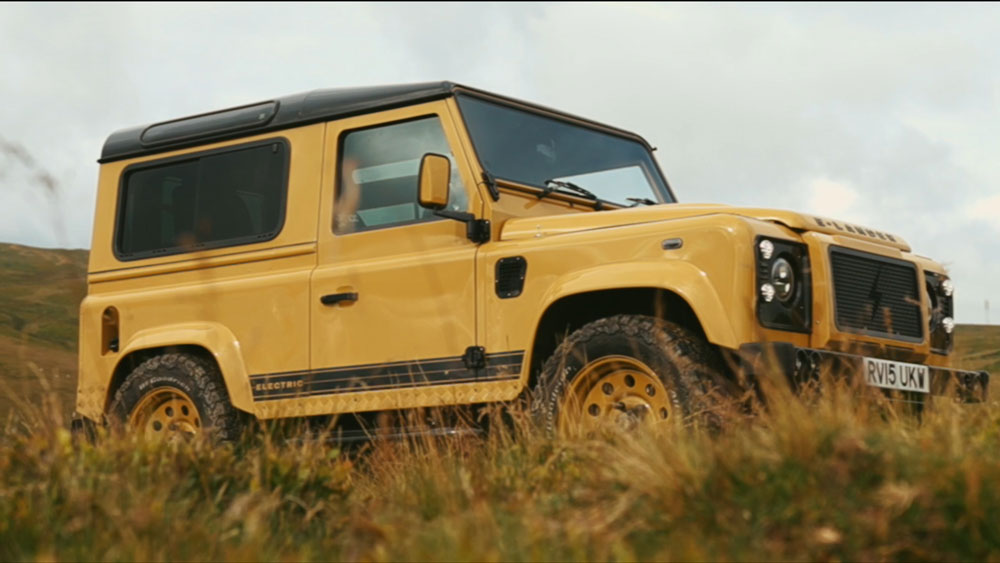 So many cars and trucks that have become red-hot collectibles today were, until a half-decade ago, just old used vehicles their owners could barely give away. As with most obsolete historical artifacts, some, like the original Land Rover Defender, have always attracted a coterie of die-hard enthusiasts, unconcerned as time marched past them with vastly improved machines.

But there’s something about the authenticity and rugged purposefulness of the original Defender 90 and 110—attributes that have catapulted these boxy brutes into the collector limelight. Today, a number of specialty shops around the world produce pristine restorations and hot-rodded versions, and followers of Defender fashion know E.C.D. Automotive Design (E.C.D.), the Florida-based company that has garnered acclaim for the quality and creativity of its many Land Rover projects. It seems that the sky’s nearly the limit for what one can spend on a fully tricked restomod Defender, and now, E.C.D. takes square aim at developing an electric-powered version ready to take on the 21st century.

The Tesla motor that comes standard is rated at 450 hp.

E.C.D.’s latest project is called the E-Lander, and its development enlisted the expertise of UK-based Electric Classic Car (ECC), a company dedicated to re-envisioning classic cars as diverse as BMWs, Porsches and VWs—all with electric power trains. The collaboration between the two builders has resulted in the first Tesla-powered Defender 110.

E.C.D. and ECC have upgraded the entire driveline to handle the formidable power developed by the Tesla motor, which is rated at 450 hp and good for an estimated zero-to-60 mph time of 5.5 seconds. Range is approximately 220 miles. A 600 hp option will shave about two seconds off the acceleration time; an impressive achievement for a four-wheeled box with the aerodynamic efficiency of a Brontosaurus.

The 450 hp version of the E-Lander has a range of approximately 220 miles.

Simplicity of operation is one perk of EVs, and thanks to the Tesla’s direct-drive motor, there is no shifting—just push the button and go. Importantly, the E-Lander—starting at $195,000—is designed to comply with California vehicle regulations, meaning it’s legal for sale in all 50 states.