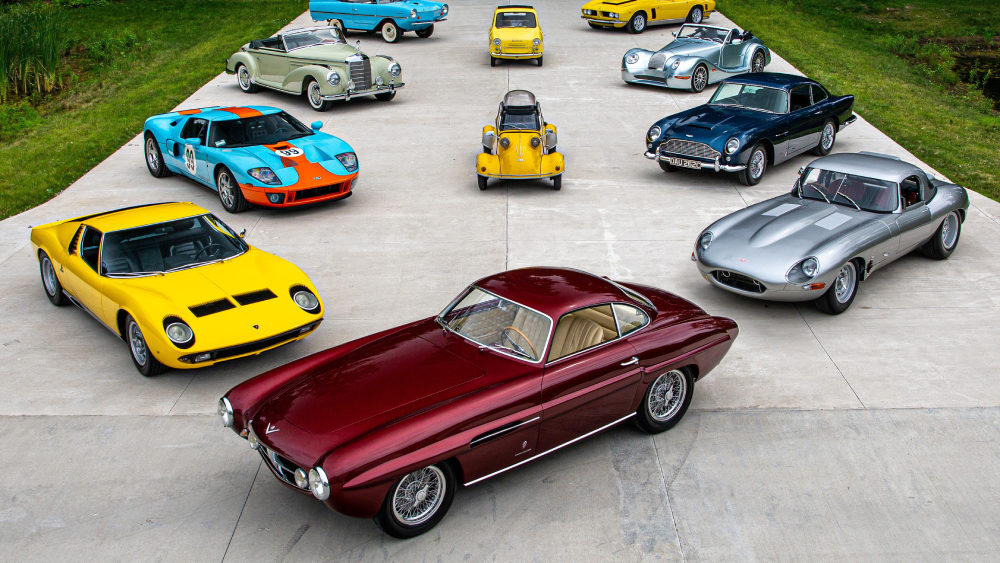 RM Sotheby’s has conducted nearly 40 single-owner private car collection sales, but perhaps none has offered the sheer breadth of vehicles as the one the auction house is planning for this fall.

Dubbed the Elkhart Collection, the offering consists of over 240 cars, 30 motorcycles, trucks and several other pieces of rare memorabilia. Acquired over decades with an eye toward longevity, the collection has a rare and broad sweep with a wide array of marques represented.

“The quality of the cars and the way that the Elkhart Collection has been maintained and looked after is incredible,”  RM Sotheby’s executive Gord Duff said in a press release. “The building that they’ve been housed in is much more than a storage facility and has been designed specifically for the care of collector cars. More than ever, it’s true to say that there is quite literally something for anyone in the collector car hobby within this group of cars, from microcars, to classics, ’50s and ’60s sports cars, the modern era, and beyond.”

In terms of value, the collection boasts a number of cars that are sure to pique serious collectors’ interests. There’s a 1953 Fiat 8V Supersonic by Ghia, originally delivered to famed General Motors designer Henry S. Lauve; a striking 1969 Lamborghini Miura upgraded to SV specification; a beautifully restored 1964 Aston Martin DB5 upgraded to Vantage specification; and a 1963 Jaguar E-Type Lightweight Continuation, “car zero” built to 1963 specification for 2016 after which six more were constructed by Jaguar Classic (this one was the global press car prior to delivery).

Originally set for the weekend of May 1, the sale was postponed due to the coronavirus and will now take place on October 23 and24 at the collection’s expansive space in Elkhart, Indiana.

See more of the cars on offer below: