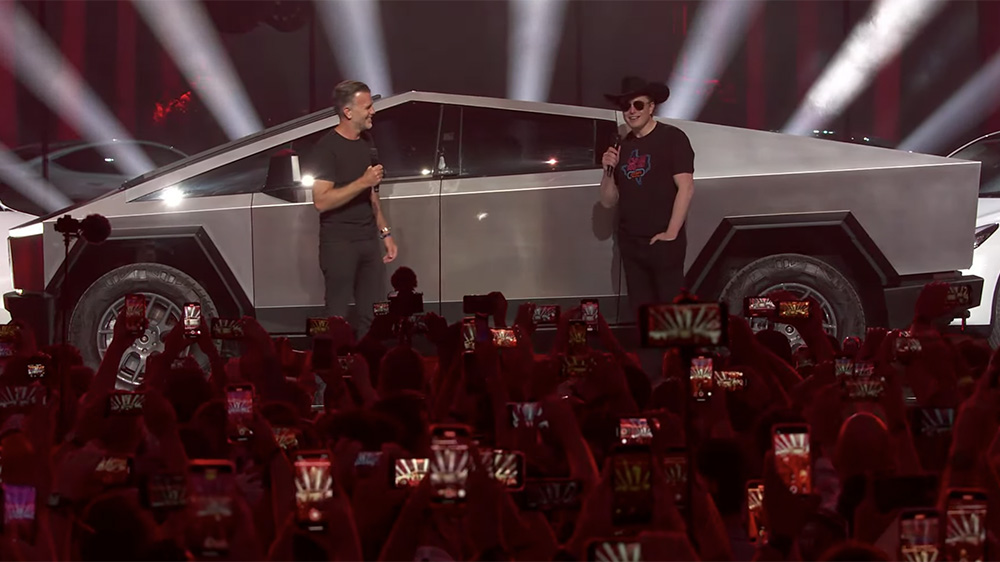 Tech titan Elon Musk promised as much during the “Cyber Rodeo” grand opening of the EV maker’s new headquarters outside Austin, Texas on Thursday night. He also said that 2023 could see the debut of a couple of other anticipated Tesla vehicles as well.

This isn’t the first time we’ve heard that the Cybertruck, which was originally supposed to be available last year, would arrive in 2023. In a call with investors in January, Musk said the battery-powered truck would “most likely” go into production early next year. Thursday’s comments, however, were far more definitive.

“We can’t wait to build [the Cybertruck] here,” the company’s CEO, who was wearing aviator sunglasses and a black cowboy hat, said during the live-streamed event. “Sorry for the delay. It’s been an intense couple of years. But we’re going to have this for you next year, and it’s going to be great.”

Musk, who was joined on stage by a hulking Cybertruck prototype and Tesla design chief Franz von Holzhausen, did not give any explanation for the delay. He did call the vehicle the brand’s “magnum opus” and said that it won’t have door handles because it “just knows that it needs to open the doors.”

The Cybertruck might not be the only new Tesla on the horizon. Musk also said that the Roadster and Semi—two vehicles he has been talking up for years—are also set to go into production in 2023. “This year is all about scaling up,” he said, “and then next year there is going to be a massive wave of new products.” The executive also mentioned a potential “dedicated robotaxi” but all he said about it is that it would look “quite futuristic.”

Still, Musk’s pledges should be taken with a grain of salt. Each of the vehicled he said will go into production next year have been delayed repeatedly in the past. Tesla is still the overwhelming leader in the EV sector, but these delays are starting to let the competition make up ground. If the Cybertruck does in fact go on sale next year, it’ll be Tesla’s turn to play catchup. Two battery-powered pickups, the Rivian R1T and GMC Hummer EV, have hit the market since last fall and at least two more, the Ford F-150 Lightning and Chevrolet Silverado EV, could still see release before it does.