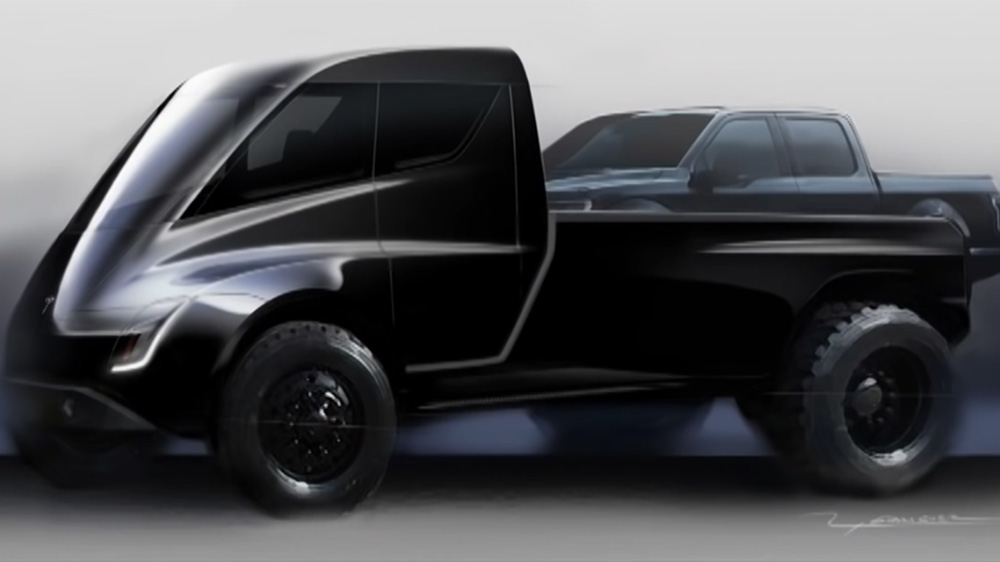 After two years of talk, and more than a few delays, it looks as if the long-rumored Tesla pickup truck may finally be upon us. Over the weekend, Elon Musk revealed that auto enthusiasts will finally get their first real look at what he called “the coolest car I’ve ever seen” in November.

On Saturday, the tech titan responded to a fan question on Twitter about when the vehicle would finally be unveiled, writing, “November most likely.” Previously the truck had been expected to launch this summer, then it was moved to October.

First teased during the Tesla Semi’s unveiling event in 2017, little is known about the truck other than that it will be a fully electric vehicle. There have only been two glimpses of the vehicle so far—an early concept rendering shown in a video during the Semi event that, bizarrely, featured another full-sized truck in its bed. Then, Musk posted an even more mysterious image on Twitter in May.

About a minute in, we flashed a teaser pic of Tesla cyberpunk truck pic.twitter.com/hLsGsdyuGA

Technical details related to the vehicle have been scant—Musk say it’s “gonna have a lot of titanium”—but that hasn’t stopped the CEO from proclaiming his excitement about the company’s first pickup truck, even comparing it to one of the futuristic vehicles in Ridley Scott’s 1982 sci-fi classic Blade Runner.

“Well, I can’t talk about the details, but it’s gonna be like a really futuristic-like cyberpunk, Blade Runner pickup truck,” he said in an interview with Recode last November. “It’s gonna be awesome, it’s gonna be amazing. This will be heart-stopping. It stops my heart. It’s like, oh, it’s great.”

In that same interview, Musk said that Tesla’s goal was to get gasoline and diesel trucks off the road. He also revealed that he wasn’t overly concerned over whether the pickup was a success or not, saying, “You know, I actually don’t know if a lot of people will buy this pickup truck or not, but I don’t care.”

Whenever it does come out, the Tesla pickup truck will face stiffer competition than previously expected. Earlier this summer, Ford announced plans to offer an all-electric F-150 by the middle of the next decade while showing off a prototype capable of towing a million pounds. There are also rumors that General Motors may resurrect the defunct Hummer brand as a line of electric vehicles. Let the pickup games begin.