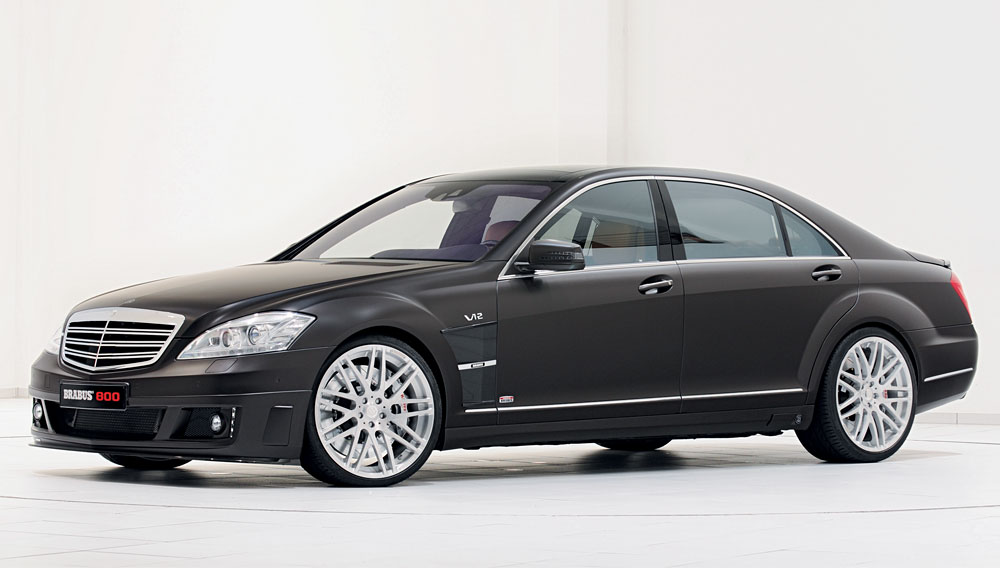 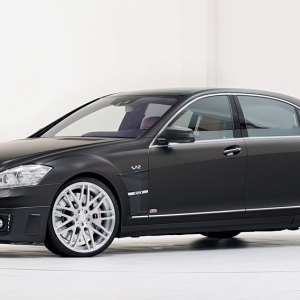 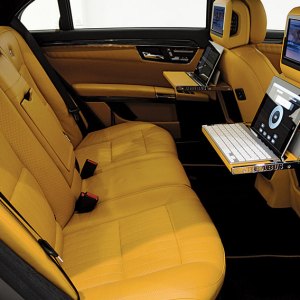 Talk to car enthusiasts or collectors anywhere, and more often than not, the benchmark luxury sedan in their possession is a Mercedes-Benz S-Class. As a big sedan loaded with options, an S-Class makes a statement for those that desire one, but its configuration also offers practicality without compromising luxury. That versatility makes it a great addition to any garage. That also means that there are a lot of them on the road. “An S-Class drives down the road as much as a Toyota Camry,” laments James Dunphy, the sales director at Brabus (www.brabus-usa.com). We’re not about to go that far, but Dunphy’s statement is not unfounded. To many, owning a luxury car that is lost in a morass of cookie-cutter vehicles is no luxury at all. To stand out, one must turn to the aftermarket industry, and while there are many tuners out there capable of invigorating a common luxury sedan, when it comes to Mercedes-Benz, few can match what Brabus can offer.

Just as the S-Class is tiered to meet a variety of demands, Brabus’ aftermarket packages are varied to accommodate all degrees of personalization. The obvious place to start, according to Dunphy, is where the rubber meets the road. “You see a car pulling out of a driveway or making a turn and if it catches your eye, nine times out of 10, what you’re noticing is the wheels,” he says. “It’s always the biggest thing you can do to change a car.” Depending on the wheels, a basic Brabus package would run between $12,000 and $15,000, and if you were to add in a valve-controlled, sport exhaust, that price would jump to between $15,000 and $18,000. It’s a good place to start, Dunphy says, since it adds subtle flair at a price that—for a vehicle with an $85,000 base price—is easily justified.

The pinnacle of the company’s S-Class mountain is the Brabus 800 package. Not for the faint of heart when it comes to bottom-line figures, the Brabus 800 option produces a car that will cost about $500,000 when all is said and done. However, the end result is a car that you simply cannot find anywhere else. If you’ve ever wanted a luxury sedan with a top speed that rivals any exotic supercar’s, the Brabus 800 S-Class is the car for you. “You have a 200 mph car that now has the ability to go 200,000 miles before it ever needs a rebuilt engine,” Dunphy says. “It can fit four people and it’s a fraction of the price of those other 200 mph cars.

“If we were showing [most] people the Brabus 800, all they would see is a Mercedes-Benz S-Class,” he continues. “They wouldn’t know what they were looking at. But for the real connoisseur looking for horsepower and luxury all rolled into one . . . the Brabus 800 really does fit the bill.”

The difference between Brabus performance upgrades and those offered by other aftermarket tuners is a matter of guarantees. Brabus does more than just reset the engine maps; it also adds the necessary cooling components to protect the engine at its new performance levels. That means the car’s original warranty isn’t compromised.