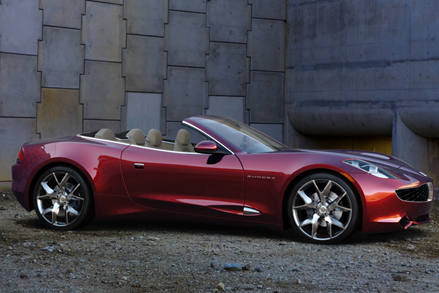 Although its latest incarnation no longer sports a solar-panel roof (or any roof at all, for that matter), the Fisker Karma may soon motivate convertible connoisseurs to go green. The S model ostensibly stands for sunset, as its power-operated convertible hardtop promises to give the sun’s rays an even more prominent role than just producing ancillary power. Despite its airy new attitude, the rest of the car remains an emblem of environmentalism. The Karma S features the same electric-hybrid Q-Drive system as the four-door Karma, in which a lithium-ion battery pack powers a pair of 201-hp electric motors. The range is 50 miles on electric power alone, at which point a 2-liter turbocharged Ecotec engine generates juice for the batteries. (www.fiskerautomotive.com)