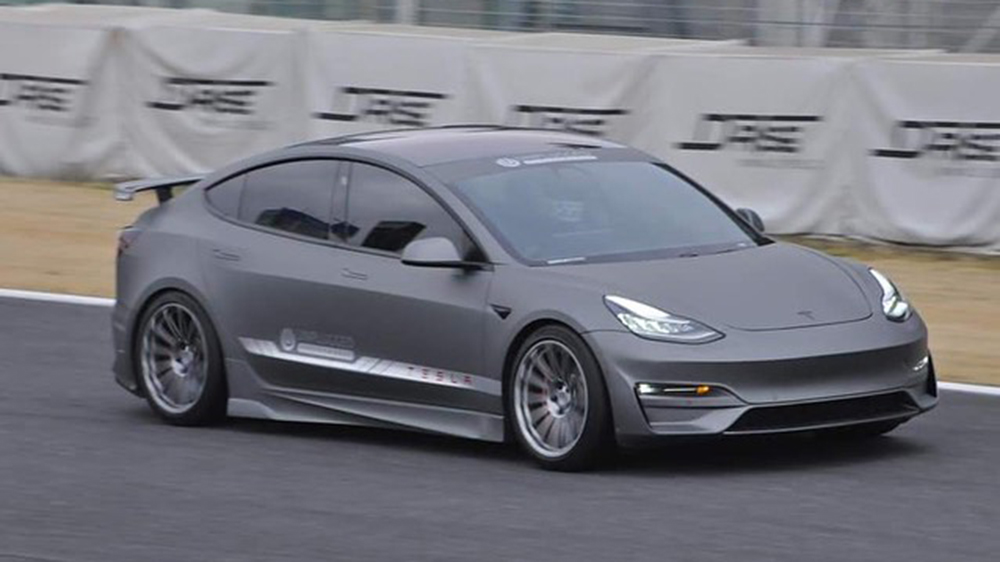 While electric vehicles have made giant leaps in performance over the last decade, a proper battery-powered supercar is still a ways off. But that didn’t stop a souped-up Tesla Model 3 from proving that an EV can put up supercar-like numbers with the right modifications.

Unplugged Performance, an aftermarket tuning outfit specializing in Teslas, recently gave its heavily modified Model 3 a run on Japan’s famous Tsukuba Circuit in Ibaraki Prefecture and the results were extraordinary. The car managed to complete a lap around the 1.29-mile track in just 1:04.07, a time that places it squarely in supercar territory.

Specifically, the performance compares sits right between that of two storied—and far more expensive—cars: a McLaren F1 (1:04.06) and a 997-generation Porsche 911 GT3 (1:04.08), according to Autoblog. Not bad company, especially considering the car’s $35,000 starting price. Even more impressively, the car, which is owned by YouTuber Erik Strait, was piloted by a part-time racer who had never driven it, or any other Tesla, before.

As  you can see in a video (via Electrek) chronicling the car’s trip to Tokyo Auto Salon and Tsukuba Circuit, the speedy track-ready car isn’t your everyday Model 3. In addition to a full body kit, the Tesla is equipped a carbon rear wing, adjustable suspension, sway bars to reduce body roll, a ceramic brake kit and Michelin Pilot Sport Cup 2 tires. One thing that wasn’t tweaked, though, is the car’s electric drive train, mainly because Tesla doesn’t let anyone play around with that aspect of its vehicles.

Near the end of the video, Strait says that he’s confident that the car could be made to go even faster—adding racing slick tires alone could make a big difference. But that wasn’t the point. While it was tuned for track driving, the modified Model 3 is still street-legal and that’s how he and the tuners want it to stay.