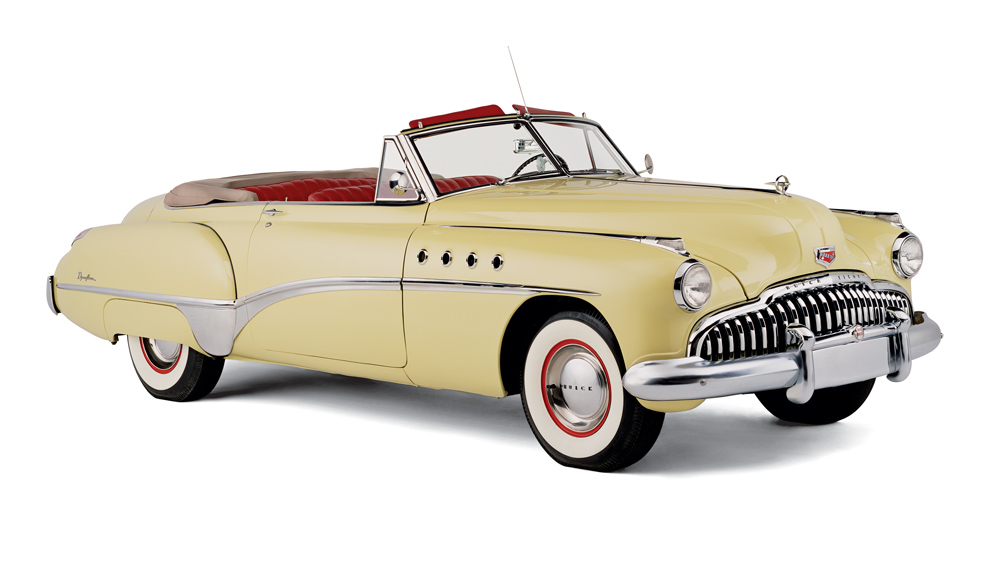 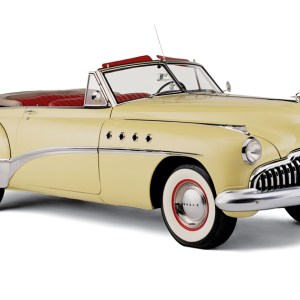 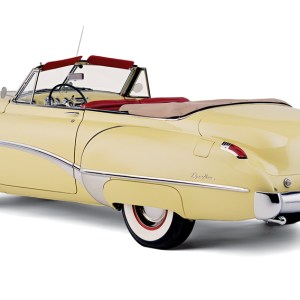 A restyling of the Buick Roadmaster for 1949 introduced the brand’s famous front-fender embellishments, the VentiPorts. It also brought changes that made this fifth generation of the model well suited to long-distance drives. General Motors reshaped the trunk lid to accommodate more luggage, softened the rear-seat cushions, and replaced the old windshield with a larger, two-piece curved one. GM also increased the output of the smooth-running, straight-8 overhead-valve engine to 152 hp and made the 2-speed Dynaflow automatic transmission standard equipment.

With its VentiPorts, gunsight hood ornament, and toothy front grille, the big Buick was an imposing presence on the road, and refinements such as power windows and power seats put the deluxe-edition Roadmaster on a par with Cadillacs of the era.

A 1949 Roadmaster convertible similar to the one shown here served as the Babbitt brothers’ cross-country transport in the 1988 Academy Award–winning film Rain Man. Two Roadmasters were used during the filming, both early 1949 models distinguished by straight side-spear chrome trim. Later examples featured the Sweepspear side molding seen on this example. In 2012, one of the two Rain Man Roadmasters sold at auction for $170,500.

GM built about 8,000 examples of the Roadmaster convertible from 1949 to 1953, before the model’s sixth generation arrived.