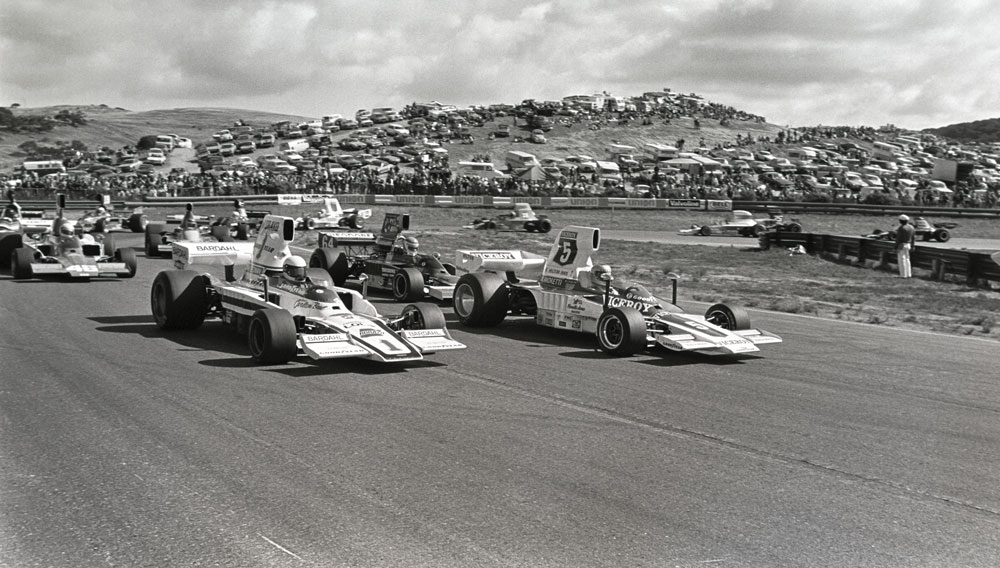 Vintage formula 5000 cars will make their debut at this year’s Rolex Monterey Motorsports Reunion, one of Monterey Car Week’s biggest events. More than 45 F5000 racecars are scheduled to compete at the four-day series, August 13 to 16. “It is the most F5000 cars ever put together in any one place,” says Seb Coppola, president of the Formula 5000 Drivers Association. “We had 53 entries. It was just too many cars for the track. We had to scale it back.”

Only about 100 of the original F5000 cars are known to exist around the world. These open-wheel, single-seat racecars—introduced in 1968 and powered with a rebored 302 cu in, 5,000 cc Chevrolet engine—last competed on the Mazda Raceway Laguna Seca track in 1975. As the F5000 series faded away around the same time, center-seat Can-Ams emerged: These were essentially F5000 cars from 1975 and 1976 with a full body over the wheels. “People just parked the cars away,” says Coppola, who began encouraging F5000 owners to restore and race the remaining vehicles after he bought a 1970 Lola T192 in 2001. Back then, “there were some efforts to organize get-togethers and reunions,” he says. “And maybe they would pull five to a dozen [cars].”

That number has been climbing since 2008, the 40th anniversary of the original series, when the SVRA made F5000 the featured class at the U.S. Vintage Grand Prix at Watkins Glen. Now, center-seat Can-Ams are being returned to their original condition and cars from the British, Australian, and New Zealand F5000 series are making the trek to Northern California to compete alongside Coppola’s Lola and a 1969 Eagle MK5, which will be driven by American pro Tony Adamowicz—the driver who raced the car to the championships that same year. Tickets for the Rolex Monterey Motorsports Reunion range from $50 for a Friday admission to $160 for a four-day pass, through mazdaraceway.com. VIP packages—which include three-day admission, suites above the pit lane, preferred parking, and breakfast and lunch—are available for $510.