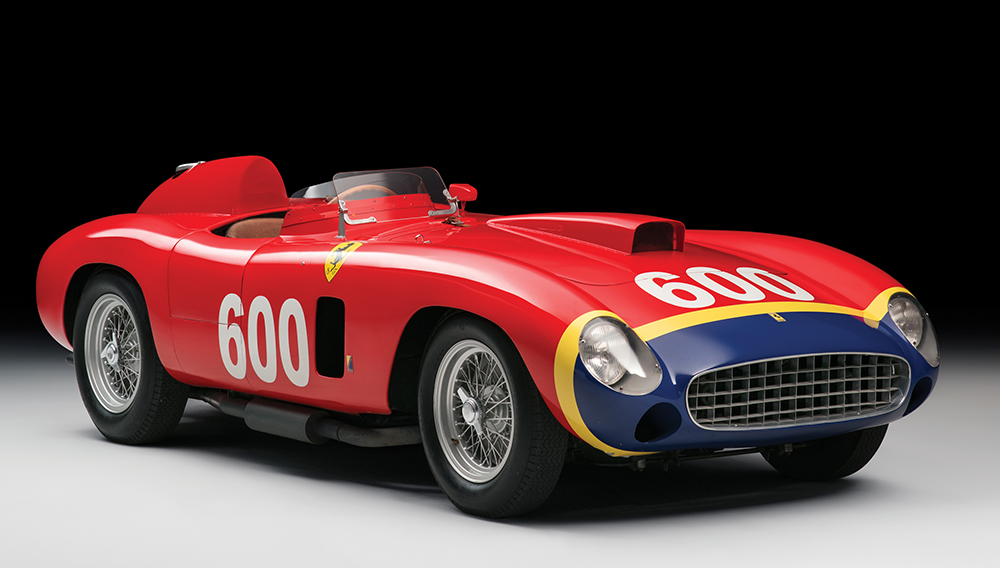 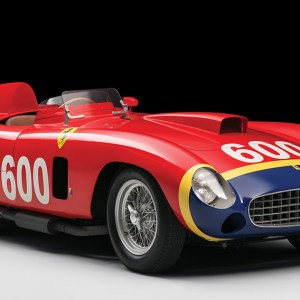 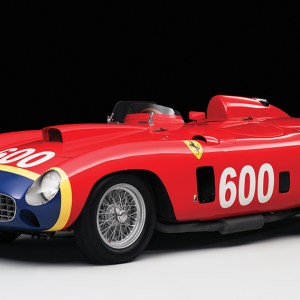 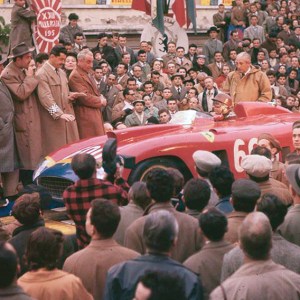 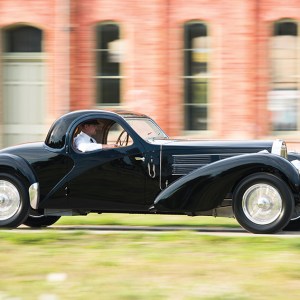 After rolling through the record books, the Ex-Fangio 1956 Ferrari 290 MM promises to take pole position once again, this time at RM Sotheby’s Driven to Disruption auction in New York on December 10. The monumental piece of motorsport history had been piloted by the premier names of Formula 1’s formative years, in races still revered to this day.

Enzo Ferrari had the racecar designed specifically for Argentinian driver Juan Manuel Fangio (already a five-time Formula 1 world champion), and it was one of four examples constructed for that year’s Mille Miglia—Italy’s iconic 1000-mile road race. Coachbuilder Sergio Scaglietti, Enzo’s friend and frequent collaborator, carried out the bespoke bodywork. Equipped with a 320 hp, 4.5-liter V-12 engine, the rapid roadster could crank out 232 ft lbs of torque, accelerating from zero to 60 mph in 6.1 seconds and reaching a speed of up to 174 mph—all while regulated by a manual 4-speed gearbox.

On race day, every ounce of performance would come into play against the competitive field of 365 cars. Torrential rains added to the challenge, making the mountainous time trial more treacherous and darkening the race with several deaths. Fangio persevered, however, and finished in 12 hours, 26 minutes, 50 seconds for fourth place. Out of the 182 entrants that made it to the end, the first five were all from Ferrari.

Later that year, the car would compete at Nürburgring with Phil Hill (the only American-born Formula 1 world champion) driving, and then go on to win the 1000 km (a little over 621 miles) Buenos Aires race in 1957 with Eugenio Castellotti, Luigi Musso, and Masten Gregory alternating behind the wheel. The Ferrari would continue to compete at the highest levels with legendary drivers until 1964 when it came to the United States and eventually became part of Pierre Bardinon’s Mas du Clos Collection before moving once more, decades later. With its original chassis, engine, and gearbox (certified as authentic by Ferrari Classiche), the car is ready for concours competition and could partake in the 60th anniversary of its debut at Mille Miglia in 2016. The Ex-Fangio is expected to fetch over $28 million, which would make it the most valuable car RM Sotheby’s has ever presented.