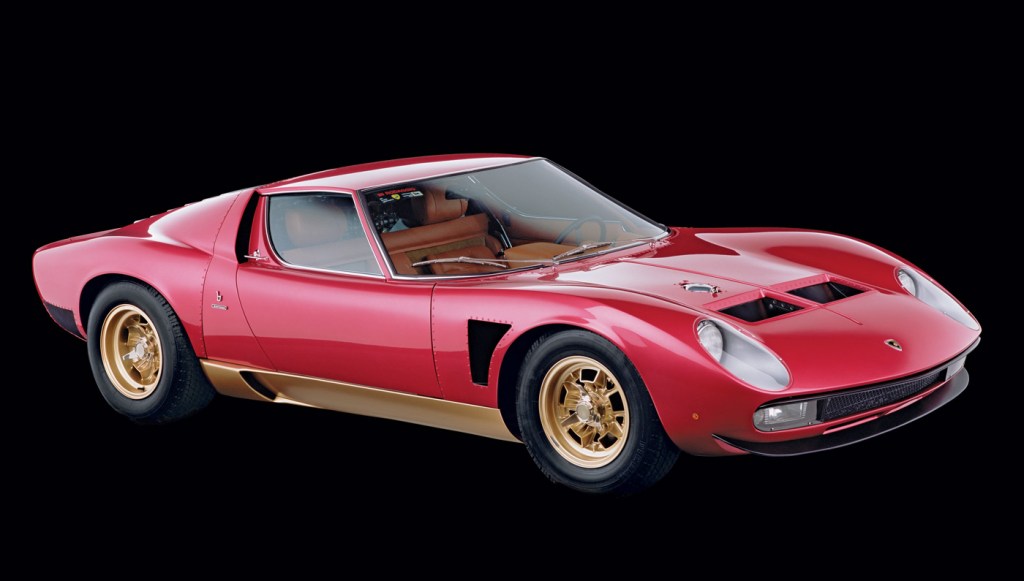 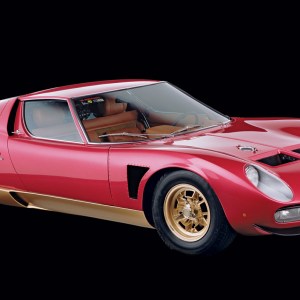 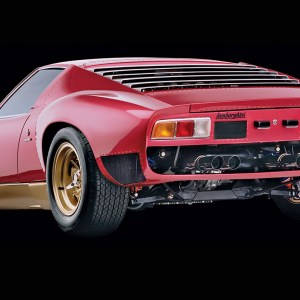 Fifty years ago, the Lamborghini Miura was launched and the supercar was born. Three 20-something visionaries—engineers Gian Paolo Dallara and Paolo Stanzani and test-driver Bob Wallace—conceived a mid-engine two-seater with its V-12 turned sideways. They worked on the project after hours, on their own time, because their boss, company founder Ferruccio Lamborghini, wanted to produce grand tourers, not sports cars. The car’s configuration allowed Marcello Gandini, a designer with the coachbuilder Bertone, to craft a body that was perfect in proportion and size and looked unlike any of its day.

Though the Jota never went into series production (the one example was sold and subsequently crashed beyond repair), Lamborghini built a handful of a Miura variant called the P400 SVJ; some sources say the factory produced as few as six examples. The SVJ included design elements from Wallace’s prototype, as well as engine and exhaust tuning that enhanced its power. The P400 SVJ shown here, chassis number 4892, was restored in 2007 by the Bobileff Motorcar Company of San Diego and sold at auction last year for nearly $1.9 million.