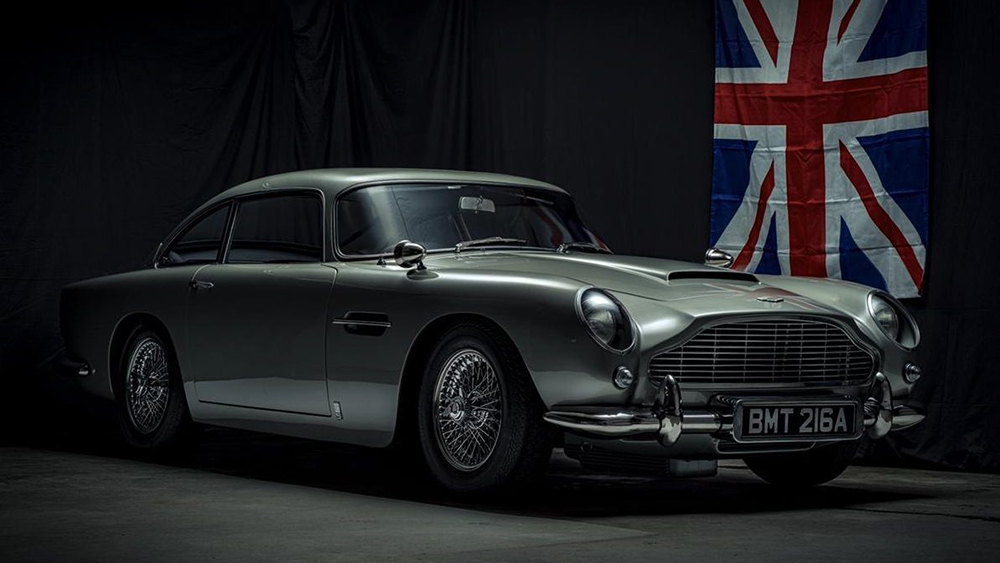 Bond collectors are a dedicated bunch. This might explain why one fan just spent more than $200,000 on a replica of 007’s iconic Aston Martin DB5 that they won’t actually be able to drive.

The detailed 1:1-scale model is the spitting image of the spy’s silver coupé that appears in the 1964 classic Goldfinger and is jampacked with all the gadget one could ever want—except, perhaps, an engine. The detailed model first appeared on Bring a Trailer last month and sold for $201,007 on Monday, November 2 to a winning bidder known simply as “akm.”

Handmade from fiberglass, the DB5 is painted in the exact same Silver Birch as the original, with matching leather upholstery. It also sports an identical front grille, badging, trim details, bumpers, lights and 72-spoke rims that were reportedly sourced from the British marque.

What’s more, it includes all of the MI6 agent’s favorite toys, such as a removable ejector roof, a rear bullet shield, a smokescreen machine and oil sprayer, tire slashers and, of course, faux machines guns that emit all the right lights and sounds.

Inside, the espionage-style tweaks continue with a telephone in the driver’s door, a radar map complete with tracker light and even an eject button that creates a thumping motion underneath the seat to mimic being propelled from the car.

The main thing that separates the two is, of course, a powertrain. The model is instead “supported by a tube steel structure and mounted on a ladder frame with modified trailer axles.” It also forgoes the original’s 4.0-liter inline-six engine that’s capable of delivering 290 hp.

As a bit of fun, the replica shows 007 miles on its fake odometer—get it?—and the pedals, turn signals and steering wheel are moveable. That means akm can live out his best Goldfinger fantasy.

If you’re curious as to how Bond’s ride actually handles, we recently took Aston Martin’s DB5 Goldfinger Continuation Car for a spin, and it was an utter treat. Of course, it is priced at $3.6 million, which makes this sale look like a steal.