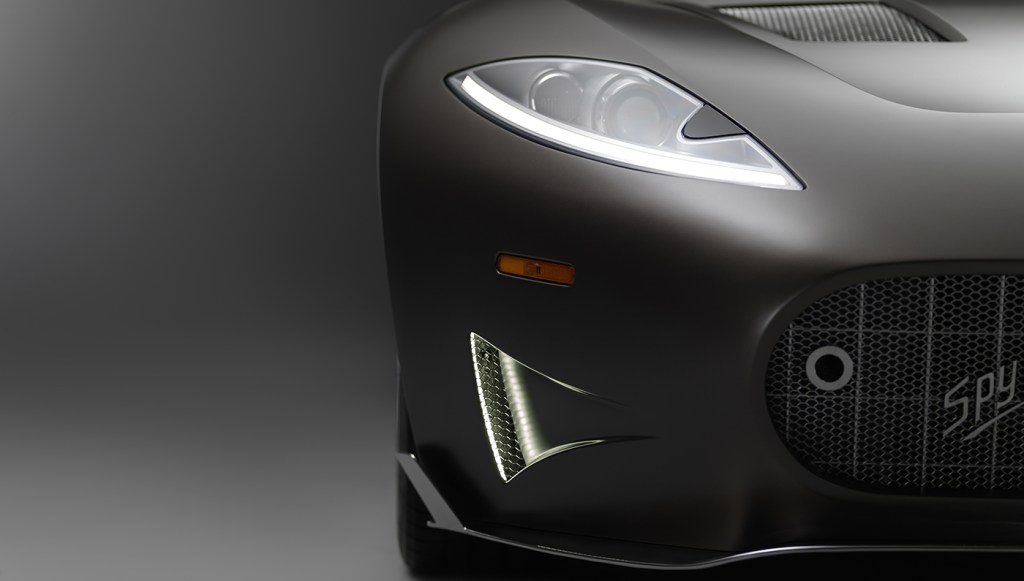 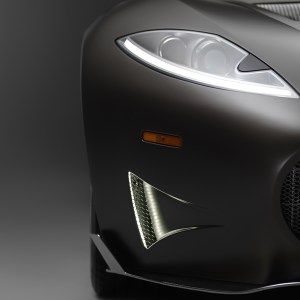 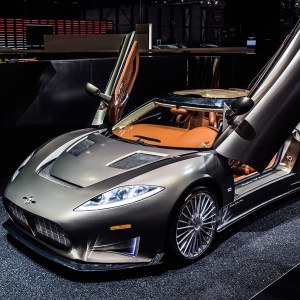 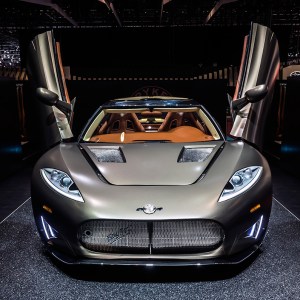 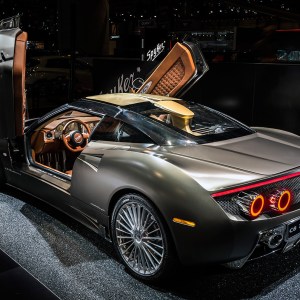 With the Latin word for “warrior” as its namesake, the Spyker C8 Preliator reflects its fighter-plane pedigree and the indomitable spirit of the Dutch marque. Debuted at the Geneva International Motor Show as a successor to the C8 Aileron (launched in 2009), the all-aluminum amalgam utilizes componentry from Audi and Lotus to present a fierce performer far greater than the sum of its parts.

The C8 Preliator carries onboard a supercharged, Audi 4.2-liter V-8 engine with 532 hp and 443 ft lbs of torque. With a choice of either a Getrag 6-speed manual gearbox or a ZF 6-speed automatic transmission to translate that power, the wingless wonder can fly from zero to 62 mph in 3.7 seconds and reach a top speed of 201 mph.

Increased high-speed stability over Spyker’s previous model is derived from its longer wheelbase and an independent double-wishbone suspension provided by Lotus. Handling is enhanced by an aluminum space frame (with extruded aluminum side-impact and rollover bars) that is 10-percent more structurally efficient. To reduce drag, aerodynamic refinements include submerged air ducts (originally designed by the National Advisory Committee for Aeronautics) on the car’s canopy, as well as the addition of ailerons on the front splitter and side skirts. Functional aesthetics from aviation are also found on the glass canopy, which features the same reflective gold coating used on combat aircraft; rear LED lights that resemble afterburners; and the 19-inch, mirror-polished, Turbofan wheels inspired by jet-engine turbines.

The comely cockpit holds a head-up display with navigation, entertainment, and iPhone connectivity capabilities, set against a brushed-aluminum dashboard. And the leather seats (with contrasting honeycomb stitching) come in a choice of 14 standard colors.

With a limited run of only 50 examples, the highly customizable coupe has been cleared for takeoff at a starting price of about $355,000. (spykercars.com)