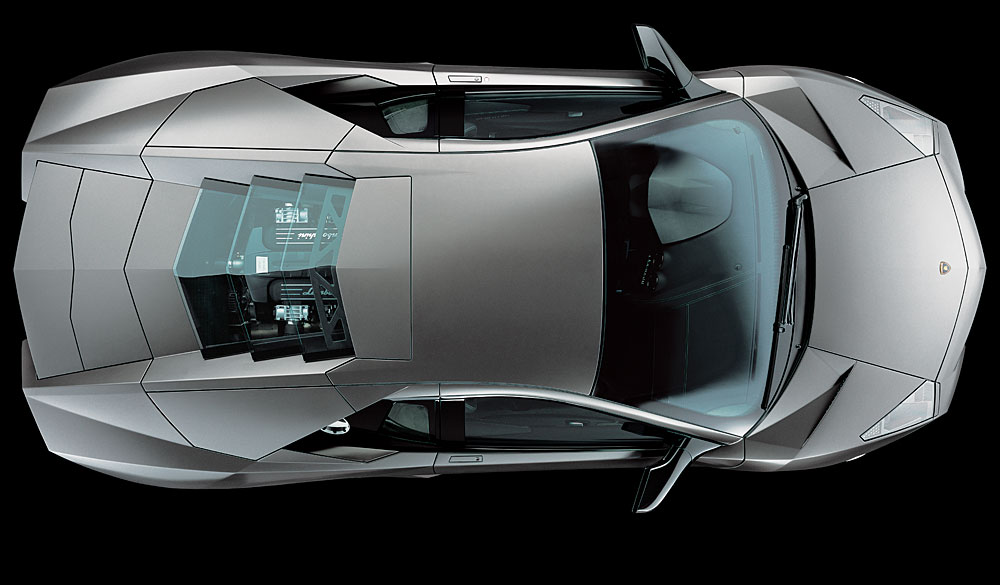 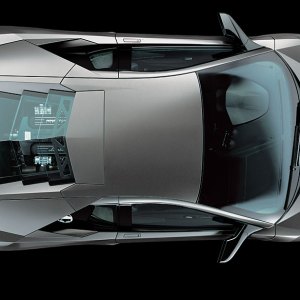 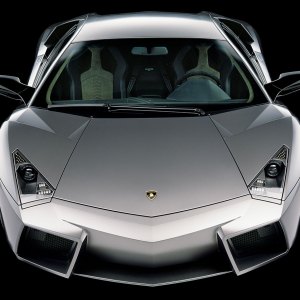 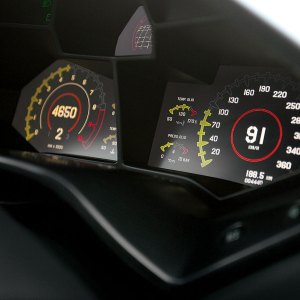 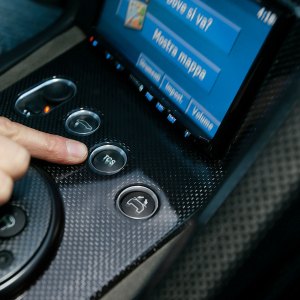 Lamborghini’s cachet might be at an all-time high. After years of cash-flow problems and a parade of owners that has ranged from Chrysler to an Indonesian investment group, the snorting bull seems to have found its stride under Audi’s stewardship. At the factory in Sant’Agata, Italy, every car on the production lines is already spoken for. Ferrari’s longtime antagonist enjoyed record profits in 2006, and then set a new benchmark only halfway through 2007, on its way to another year of selling more than 2,000 cars. But as many automakers could attest (including Lambo’s and Audi’s mother ship, Volkswagen), maintaining prosperity can be as difficult as achieving it.

Lamborghini needed a new car, one that would affirm its status as the preeminent purveyor of outrageous supercars. Said vehicle also would indicate that the company was not wiring its entire recent financial windfall to Germany, but instead was reinvesting in new flights of fantasy. And so, last September, at the 2007 Frankfurt Auto Show, Lamborghini removed the wrap from its latest flagship, the ultrarare, exquisitely sinister Reventón.

In the Lamborghini tradition, the Reventón is named after a legendary fighting bull; in 1943, the bovine Reventón killed famed Mexican matador Felix Guzman. The car does not look much friendlier than its namesake, cloaked as it is in angular, carbon fiber skin that appears either deep green or gray depending on the light. The paint’s inky finish, called “mid-opaque,” is as much a part of the car’s character as the bodywork itself. It reflects light in a unique fashion, producing an effect that is not quite matte, but definitely not shiny.

Under that bodywork, which is intended to evoke the F-22 Raptor fighter plane, the Reventón is essentially a Murciélago LP640. The vehicle’s performance stats—zero-to-60 mph in 3.4 seconds and a top speed of 211 mph—are identical to those of the LP640. The Reventón’s 6.5-liter V-12 produces 10 more horsepower than that of the LP640, but an increase from 631 hp to 641 hp is essentially imperceptible. The rear-biased all-wheel-drive system and 6-speed e-gear sequential manual transmission are also standard Murciélago fare. In the age of 20-inch wheels on production Nissans, the Reventón’s forged-aluminum, 18-inch-diameter rims look curiously squat. However, the Reventón adheres to the earth-hugging wedge idiom that Lamborghini established with the Countach and continued with the Diablo and Murciélago, and so taller wheels would diminish the visual impact of the implausibly low roofline, which seems no higher than your waist.

The Reventón is an exclusive and expensive proposition, even by Lamborghini standards. Lamborghini will make only 21 examples of the nearly $1.5 million car (the cost fluctuates with the dollar-euro exchange rate). Twenty of those vehicles already have been sold, and the remaining one will reside in Lamborghini’s museum in Sant’Agata—eventually, after I and a few other auto writers have driven it around town and through the Italian countryside.

Unfortunately, this particular vehicle, chassis number 0/20, is saddled with an 80 mph speed limiter. Also, it appears that some fiend has glued the traction control button in the “on” position. Given that Lamborghini apparently has had a few LP640s meet ignominious fates at the hands of overconfident journalists, it is understandable that the company wanted to preserve its lone Reventón from writer-related destruction. Still, it is frustrating when the diesel Audi A4 camera car ahead of me passes a straggler on a two-lane road, and I do not dare follow for fear I will engage the speed limiter just in time to meet an oncoming truck. As a colleague taunted, “Lamborghini Reventón: faster to 60 than a Porsche 911 Turbo, as expensive as a Bugatti Veyron, and a slower top speed than a Chevy Aveo.”

However, the Reventón reaches 80 mph in a major hurry, and, if the LP640’s performance is any indication, it would continue pulling for a long time afterward, were it unfettered. Working within the boundaries of my constraints, I attempt to make the best of it. Even if 80 mph is within the capabilities of second gear, I still can find a corner or two where 80 is properly exciting. There I discover that the ultimate Lambo is as screwed-down and composed as I had expected, cornering flat and drama-free. I am worried about dropping an inside tire off the pavement—the Reventón seems exactly as wide as an Italian lane—and cracking the carbon fiber inserts screwed onto those menacing, Reventón-exclusive black wheels, but this four-wheeled fighter jet is game for all the lateral g’s I care to give it.

Driving the Reventón will remind you why people wreck Murciélagos with such frequency: With all-wheel drive and insanely wide Pirelli P Zero Corsa quasi-race tires, this car has so much grip that it lulls you into a false sense of confidence, encouraging the idea that its limits are infinite. But just behind your head are more than 600 hp, and while the car has traction control, it has no stability control. That is an important distinction.

When I park the car in a town square near the factory, the Reventón does what Lambos always have done so well: It draws a crowd. Within minutes, people swarm around it, drawn by the car’s shape and by its special paint, which seems to absorb light rather than reflect it. When I take a photo of the Reventón, the automatic flash on my camera goes off, even though we are outside. I may as well be trying to photograph a black hole.

As a rebodied Murciélago, the Reventón shares that car’s dimensions, yet the details of its bodywork are so much meaner. When the sun comes out and that beautiful paint job actually reflects a bit of light, you can see the three subtle creases that meet at the rear fender wells. The car comprises slightly skewed angles, as if, like the stealth bomber that it recalls, it were designed to evade enemy defenses. The military aeronautic theme extends to the dashboard, where Lamborghini has replaced the LP640’s analog gauges with a driver-configurable LCD. In one mode, the LCD shows conventional, round gauges, but in the other mode, pyramidal graphs represent speed and rpm and might even convince you that you should be wearing an oxygen helmet and engaging in dogfights with MiGs. To accusations that Lamborghini takes itself too seriously under Audi’s management, I present the Reventón’s gauges as irrefutable evidence to the contrary.

Whether clever gauges, lusty bodywork, and an extraterrestrial paint job justify the Reventón’s million-dollar premium over an LP640 is a matter of perspective. Unlike many other luxury items, supercars generally are expected to function in accordance with their asking prices. A Ferrari F430 may be expensive, but it will most certainly provide a quantifiable performance advantage over a Toyota Yaris. The Veyron may cost $1.5 million, but it goes 254 mph; its price can be empirically explained.

The Reventón, on the other hand, demands that you regard it the way you would a Damien Hirst painting or a limited-edition watch. Its value, its appeal, is not tied only to functionality, but also to exclusivity and aesthetics. All of the Reventóns scheduled for production already have sold because the car is a piece of history. It is not a car as much as it is a stunning monument to Lamborghini’s creative talents circa 2007.

Eventually it is time to return the Reventón to the factory, so I part the sea of onlookers and climb back behind the wheel. On the way out of town, I approach a school, and as the children outside spot the sinister machine coming down the road, they flock to the fence as if it suddenly became magnetized and they all are wearing iron pants. I speed up in second gear before gratuitously downshifting back to first and stepping on the gas. I hear the engine’s malevolent bark bounce off the school’s front wall, and then, from behind the fence, squeals of delight. These kids probably see Lamborghinis every day, but seldom do they have a glimpse at history.