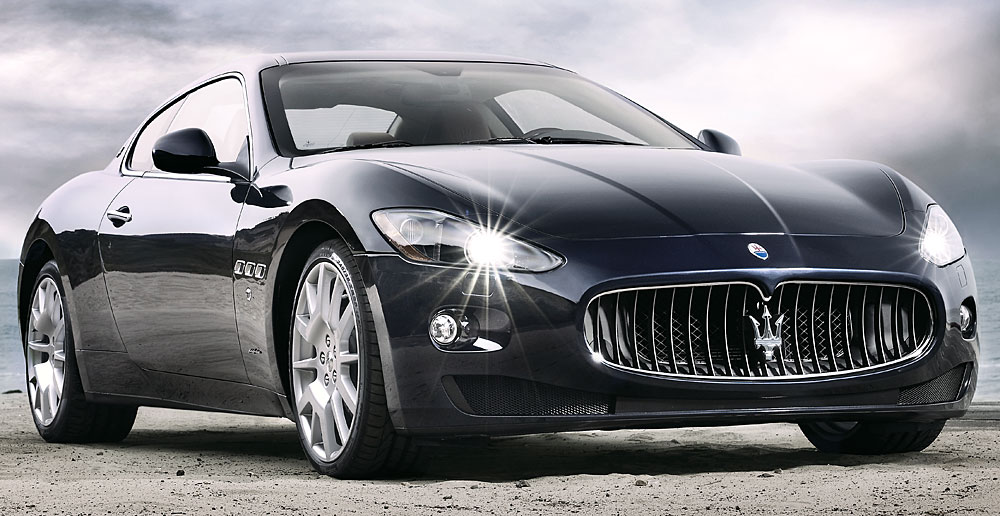 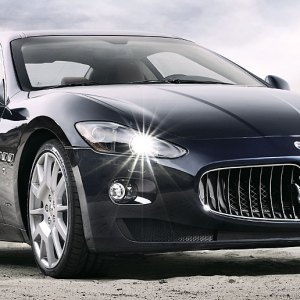 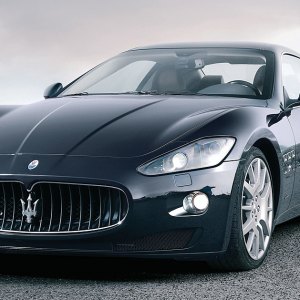 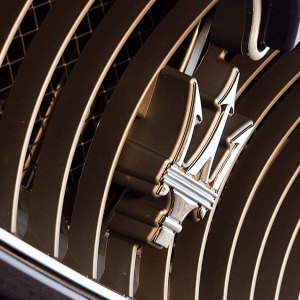 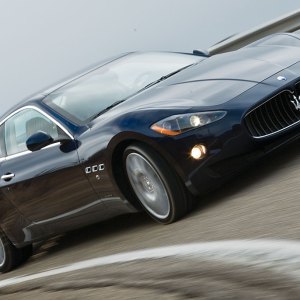 Maserati has loosed from its Modena stables the long-awaited GranTurismo, and it is a formidable machine. Ostensibly a replacement for the GranSport, the GranTurismo is actually anything but: It bears little relationship to its Giugiaro-designed predecessor. Their respective surnames—Sport and Turismo—announce the distinctions between the two cars, that they have purposes and personalities that are worlds apart.

The GranSport was a refined but purposeful—and potentially brutal—sports car, derived largely from the original Maserati 3200 that launched in Europe in 1998. When Maserati returned to the American market in 2002, Italdesign’s classic shape came with an all-new drivetrain and many improvements, reaching its apogee in development and performance with the GranSport Coupe and Spyder, which went out of production in the 2007 model year. These were automobiles best appreciated by the faithful, who valued unique design and sought a purely sporting yet luxurious alternative to the Porsche 911 and Aston Martin V8 Vantage.

Enter the $110,000 GranTurismo, every aspect of which says touring in the grandest style. Most apparent is the up-to-the-minute styling by Pininfarina, authors of the much-applauded Quattroporte that has far outsold its two-door stablemates. The name harks back to the original (and first) Gran Turismo, penned by Pinin Farina for Maserati in 1947. That automobile introduced the concept of a high-performance fastback coupe—configured as a two-seater or 2+2—that allowed for long-distance drives at speed, in comfort and high style.

That Pininfarina was chosen to design Maserati’s newest flagship is no coincidence, given that the GranTurismo is based on the M139 Quattroporte platform, and that much of the car draws from lessons learned with the successful Pininfarina-styled sedan.

Gone, however, are the transaxle and its aggressive (and sometimes balky) paddle-shift transmission, which characterizes the GranSport and the DuoSelect Quattroporte. Instead, the rear-mounted transmission/differential is replaced by a fully automatic, 6-speed ZF transmission shared by the Quattroporte Automatic and mated to the engine in the traditional manner.

Opening the hood—its trademark V tapering toward the unmistakable grille opening—reveals the heart shared by every Maserati: a 4.2-liter, all-aluminum V-8. The powerplant in the GT produces 405 hp at 7,100 rpm (5 hp more than the Quattroporte) and delivers 339 ft lbs of torque at 4,750 rpm. Acceleration—zero to 60 mph in about 5 seconds—is maximized by the lightning-fast shifts through the new automatic gearbox. Observers will note that the powerplant, with valve covers finished in signature blue wrinkle, is situated well behind the front axle (à la Bizzarrini’s 5300 of the mid-1960s) to achieve a weight distribution of 49 percent front and 51 percent rear. Such careful engineering allows the (relatively) large and substantial vehicle, at more than 2 tons, to feel much lighter and downright flickable when negotiating canyon roads that are the undoing of some other GTs.

The GranTurismo might be the most beautiful new GT on the road. The slender trapezoidal headlights integrate the fenders and bumper and lend a fierce countenance that is punctuated by the car’s most individual styling cue: an aggressive but elegant snout that emulates the MC12 supercar. A large grille opening and huge trident logo recall those features of the A6 GCS/53 Pinin Farina Berlinetta. The triangular taillights carry on the sharp, angular theme.

Recognizing that the color of a GT can affect its personality, Maserati offers an opulent array of choices that ventures well beyond the silver, gray, and black palette that limits the imaginations of so many buyers. Venture out; this is an Italian car. Ours was finished in Blu Nettuno and glowed like a Morpho butterfly in sunlight but assumed a dignified, black-tie demeanor after dark.

The GranTurismo’s interior is fully fleshed with accoutrements befitting a long-distance luxury car, including a brace of cup holders to greet the most caffeine-dependent pilot when the GT is pressed into duty for an early-morning run. Most significant is a state-of-the-art navigation/entertainment system that works. It employs a 7-inch color display, voice command, text-to-speech, and a 30 GB hard disk for maps and 180 hours of MP3 music files through the Bose surround-sound system.

Describing the interior as “fully fleshed” is apposite, given the quality and quantity of the Poltrona Frau leather covering the seating and cabin surfaces. The choice of 10 colors, along with options for piping, stitching, carpet, and headliner, and either wooden or aluminum trim gives each owner the opportunity to commission a nearly unique combination for his GT. The cockpit of our car was upholstered in Cuoio, a rich, bisque-tan color, with dash and accents in Blu Navy, a striking contrast to the gray, cadaverous interiors for which German luxury cars are known.

A gran turismo car worthy of the designation requires accommodation for four adults, and the Maserati provides that. Naturally, the GranTurismo’s front seats are comfortable and supportive, and the rear seats are not torturous binnacles suitable only for children or pets. An adult male of average proportion can actually occupy the aft quarters during an across-town jaunt for dinner without requiring the services of a physical therapist upon arrival.

Impressive specifications and fashion-model flair fade from consideration when the focus turns to driving. It is easy to feel at home behind the voluptuous, contoured steering wheel, and immediately apparent is the greater width of the footwell, which has plenty of room for a left foot evidently deemed a nuisance by GranSport designers. The absence of a clutch pedal is no loss here; the hydraulic transmission acquits itself with seamless and satisfying shifts in both of its settings. Normal driving allows that the shifter be slotted into D, and that, as they say, is that.

Drivers desiring fun and a lot more feedback will push the dash-mounted Sport button, which alters suspension settings and maps shifts to higher engine speeds, delivering commensurately more thrust. In either automatic or sport mode, the car can be shifted through all six speeds using the console-mounted shift lever or the much-preferred stationary shift paddles situated behind the wheel. Sporting intentions are made audible as well, with a gorgeous, ripping exhaust symphony that verges on the antisocial but is not nearly as raucous as that of the car’s predecessor. The cabin, it should be noted, is much quieter as well.

Similarities to the Quattroporte are apparent in the GranTurismo’s engine performance, braking, road feel, and handling dynamics. Comparisons to other GTs illuminate strengths that define the GranTurismo; performance, style, and rarity come first to mind. And with Maserati producing only 300 examples for the 2008 model year, all of which already have sold, the GranTurismo will remain a rarity.