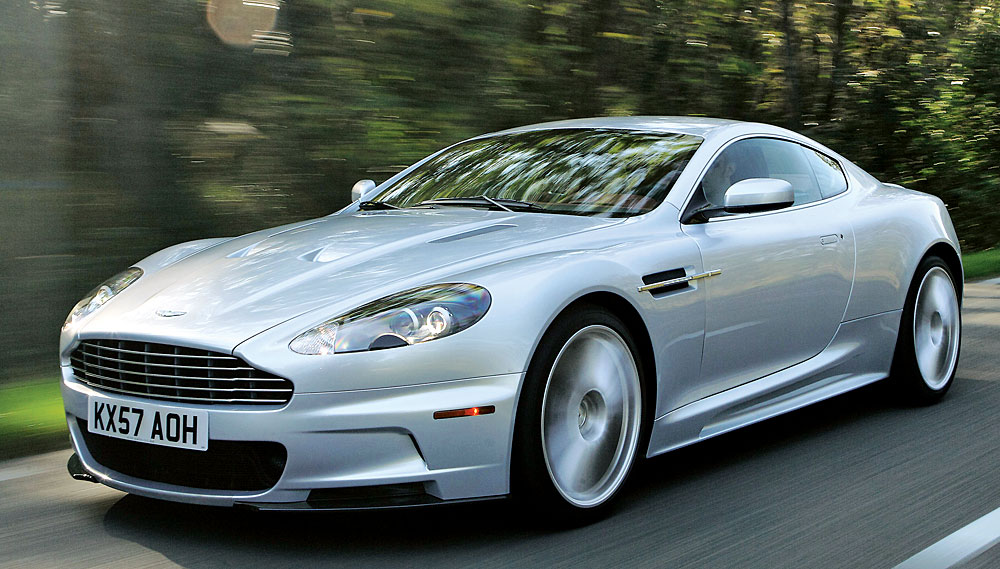 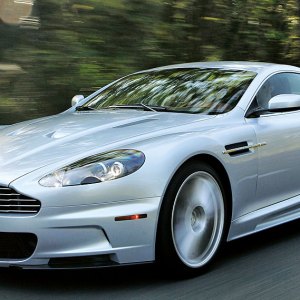 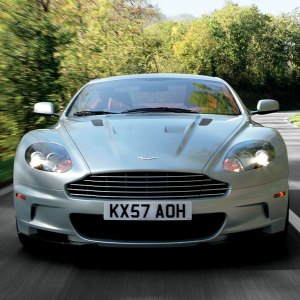 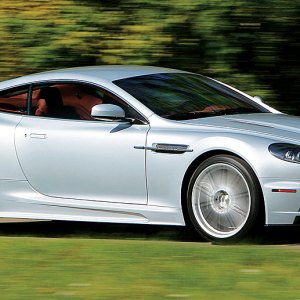 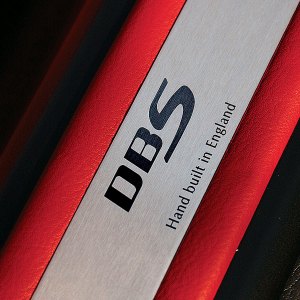 The birth of Aston Martin’s expressive and explosive DBS was an interesting, maybe even high-risk, delivery. Well into the production process of the DBS, Ford Motor Co. began trying to shed those brands that it no longer could afford. Its intriguing attempt to knead Aston, Jaguar, Land Rover, Volvo, and Lincoln into a single unit, the Premier Automotive Group, had failed. Ford succeeded in selling Aston Martin, a small but lovely piece of British heritage for which Ford received $925 million. The boutique builder—which has survived 11 previous owners in its 94-year history—was acquired last March by British motor sportsman David Richards and Aston Martin collector John Sinders, whose funding included many barrels of Kuwaiti petrodollars.

Then the DBS went Hollywood. Following a family showbiz tradition that began with the placement of a DB5 in 1964’s Goldfinger, the V-12 super coupe was cast to match James Bond’s Savile Row elegance and style and his dashing acrobatics in last year’s remake of Casino Royale. The car was on screen for little more than a minute, was upstaged by a 1965 DB5 that had appeared in earlier and more glamorous scenes, and then ended its movie career suddenly and sensationally by rolling seven times after swerving to avoid the heroine lying unconscious on the highway. (The vehicle that performed the stunt—a world-record number of flips—was not a genuine DBS but instead a tarted-up DB9. Some audience members were appalled at the early exit of such a fine-looking motorcar. One blogger even suggested the girl should have been sacrificed for the sake of the DBS.)

Nevertheless, and not surprisingly, David King, head of product communications for Aston Martin, declared the movie a win-win venture for car and company. Casino Royale, he noted during the DBS’s media introduction in October in central Provence, has become the most popular episode in the 21-film odyssey of Bond. It debuted in the number-one spot from Aruba to Vietnam, in all 27 countries where such box office tallies are taken. In the United States, Casino Royale was challenged only by a movie about dancing penguins. “It certainly brought the name of Aston Martin into countries where we were hardly known,” explained King. But what of the inglorious end of the DBS? Well, Bond survived the tip-over-teakettle rollovers, King said with a sly smile, and that could be seen only as a tribute to the car’s strength and durability.

Likewise, chairman and CEO Ulrich Bez claimed that Aston Martin’s change of ownership has brought nothing but positives and progress to the British company by eliminating Ford’s design, production, and financial fetters. A proposal to build the four-door Aston Rapide (a car comparable to the GT sedans that Bentley and Maserati already are making and the Panamera that Porsche is poised to produce) had been stuck in neutral. But Aston Martin’s new principals instantly gave the project the green light. The company has broken ground for a design studio, the first ever for Aston, at its plant in Gaydon, in England’s industrial Midlands. Production of the DB9 and the V8 Vantage coupe and roadster has reached its limit, and every car in the first-year, 500-unit production run of the DBS already has been sold. The auto is priced at $265,000, and deliveries are scheduled to begin this spring.

“They [the carmaker’s new owners] have bought the vision,” Bez has said—his vision, it should be noted. “That is, the challenge of a new future and an opportunity to improve the brand. They bought a brand for a long-term investment. They aim to protect the brand and extend it for a very long time.”

Few will dispute the premise that Aston Martin is a house that Bez built. Since he moved from Porsche and became CEO in 2000 (and chairman in 2005), Bez has insisted on autonomy for Aston Martin, that its cars be equipped with only dedicated engines, transmissions, suspensions, and other major parts, because, he said, an Aston is “not just another chunk of metal.”

Bez is bold, borderline irascible, wry, and funny. He also is notorious for stock, stubborn answers during media interviews: “We are not building cars for journalists, but for customers. I am not interested in gear ratios or zero-to-60 times, but the whole character of the car. Success in new markets is a matter of time, not a light switch.” Bez has been quick to scold anyone who has asked if the lighter, lovelier Aston Martin DBS was a replacement for the overweight, 6-year-old Aston Martin Vanquish, whose production has ceased. “We don’t need a Vanquish I or a Vanquish II,” he has said. “The Vanquish was not refined, was too rough, and its time has gone.”

Appropriately, Bez has referenced a pair of 007s when drawing distinctions between the Vanquish and DBS, both of which have V-12 engines, low rooflines, and taut haunches. “Roger Moore and Daniel Craig,” he has said. “Both have two eyes, two ears, one nose, but they give a different face, a different presentation to the role. The DBS is a more refined purchase [than the Vanquish], a car that delivers satisfaction with low-speed driving, unlike many high-speed cars that don’t drive well at low speed.”

One thing is certain: The DBS is dressier and more intelligently engineered than any other car built at Gaydon in recent years. From bonnet to boot, the car displays flowing curves, subtle sills, and complex surfaces. The front end’s yawning air scoop, and the rear’s carbon-fiber diffuser and twin exhausts riding high in the valance suggest the car’s extraordinary performance and superior airflow management.

Inside, the car bears leather upholstery and faux (but expensive) suede trim. The gauges are both analog and digital and blend well, although the numbers might be a bit too small for Aston’s older demographic. As a touch of extravagance, the dashboard knobs and accents are made from solid aluminum. The DBS is wired for Bluetooth and MP3 technologies, and the options include lighter, trimmer, racetrack-oriented seats (available outside North America) made of carbon fiber and Kevlar. A companion wristwatch by Jaeger-LeCoultre, the AMVOX2 Chronograph DBS, can lock and release the doors on your DBS. Depending on the state of the euro, the watch costs about $40,000.

Aston Martin’s original plan for the DBS was to take lessons learned, engineering, and components harvested from Aston’s Le Mans–winning DBRS9 and transfer them to a street car. Thus the DBS, compared to the Vantage, has a lower stance and broader track, front and rear winglets for more downforce and aerodynamic management, larger intakes for cooling the engine, and carbon-fiber brakes as large as satellite dishes nestled inside 20-inch wheels.

As evidenced during the test-drive on the autoroutes and medieval, two-lane mountain roads of central Provence, the DBS is both a brute and a kitten. The vehicle’s power is raw, instant, seductive, and sonorous.

The DBS is not easy to define. You can find nippier, lighter-handling sports cars, such as Ferrari’s F430 and even Aston’s own, more engaging V8 Vantage roadster. And there are more comfortable GTs; Bentley’s Continental GT immediately comes to mind. Nevertheless, the car feels grand and luxurious, and you can maneuver it smoothly and effortlessly. Rolling gently, patiently, and legally in the DBS is a quite relaxing experience. In fact, if not for those clinging, athletic seats, the car—unlike the movies in which Aston Martins have appeared—might even invite a nap.