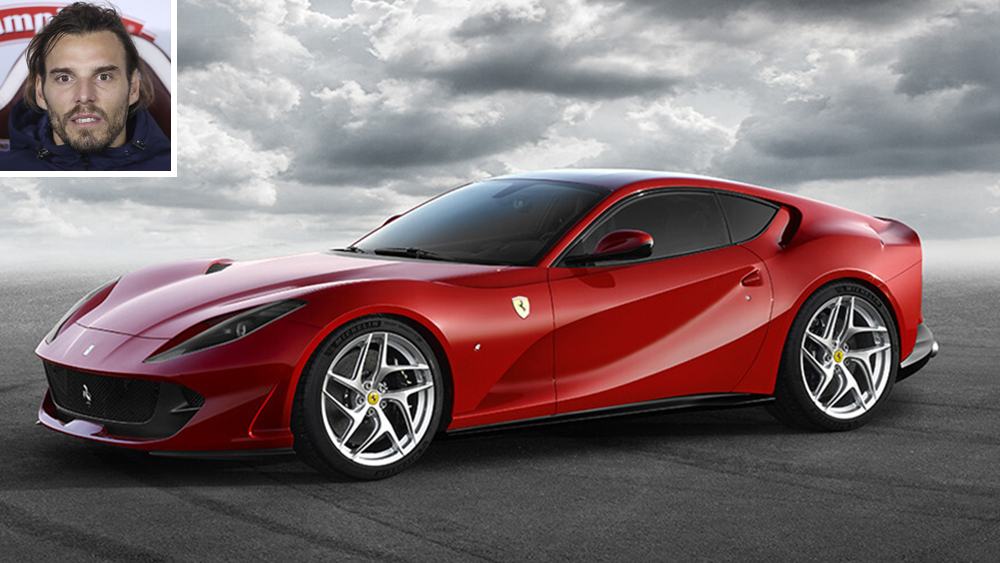 Last week, Italian soccer player Federico Marchetti took a look at his Ferrari 812 Superfast and decided it needed a wash. That turned out to be a fateful decision—and one the goalkeeper would come to regret.

Following heavy rainfall in northwestern Italy the week before, Marchetti, who plays for Serie A side Genoa, sent his gorgeous red sports car off to be washed on Monday, January 11, according to ESPN. But before it could be returned to the star, an attendant at the carwash lost control of the vehicle and wrecked it.

Following the cleaning, an employee at the car wash drove the dazzling coupe to Genoa’s training facility. But at some point during that journey, the attendant reportedly lost control of the car and smashed into several other parked vehicles. Though the driver escaped without injury, this wasn’t some minor accident. Photos of the crash posted on social media show that the nose of the $340,000 sports car bore the brunt of the collision, effectively rendering it totaled.

The 812 Superfast is Ferrari's most powerful sports car ever built.
It has a top speed of over 211mph. pic.twitter.com/RgFDhAHLvF

Local reports suggest that the car wash employee wasn’t prepared for the power lurking beneath the hood of the 812 Superfast. And sure enough, the curvaceous speed machine is a true beast that most drivers would struggle to control. Powered by a naturally aspirated 6.5-liter V-12 mated to a seven-speed dual-clutch automatic transmission, it’s capable of churning out 789 horses and 530 ft lbs of twist. All that power allows the car to rocket from zero to 60 mph in under three seconds and reach a top speed of 211 mph. There’s a reason why Robb Report named it Best of the Best in 2018.

As you might imagine, Marchetti, who has also played for Lazio and the Italian national team, was none too thrilled to learn that his beloved (and very expensive) car had been destroyed. But his annoyance quickly turned to forgiveness after seeing the criticism the car wash employee was being subjected to online. On Tuesday, he took to Instagram to say that what was really important was that no one had been hurt. Good on you, Federico.