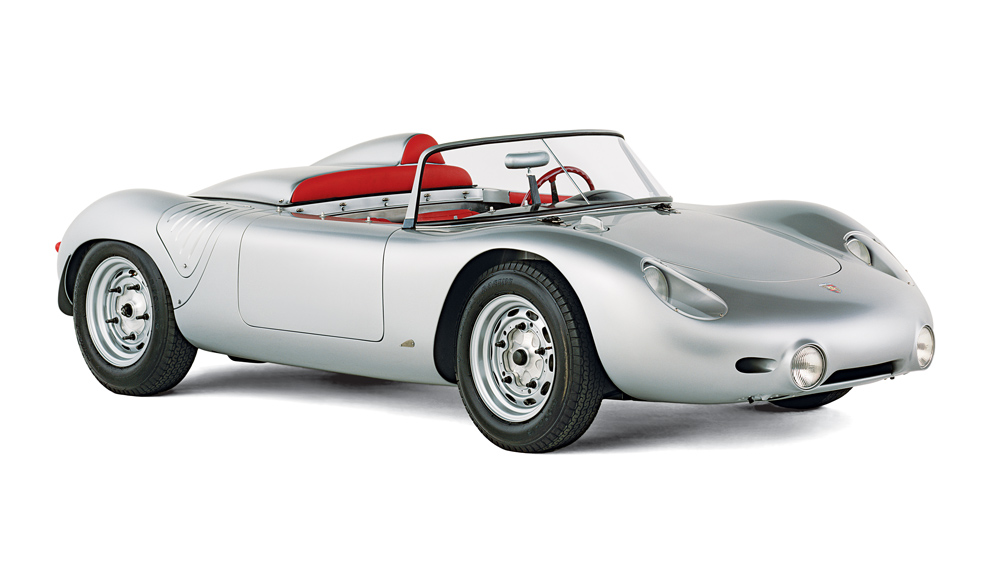 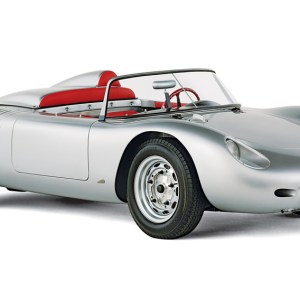 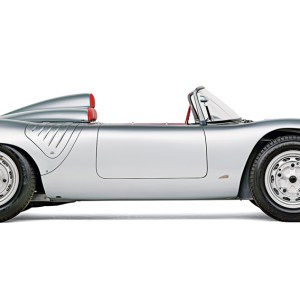 By the mid-1950s, Porsche had become a force on the tracks of Europe and the United States, thanks largely to the small but mighty 550 and 550A racecars that the company built in 1955 and ’56. James Dean’s fatal accident in 1955 while piloting his 550 Spyder to a race in Salinas, Calif., enhanced the cars’ notoriety. The 718 series that followed from 1957 to 1962 was based on the 550 platform but included a front suspension and body aerodynamics redesigned to make the cars competitive in endurance races. The 718 made its 24 Hours of Le Mans debut in 1957 but crashed and failed to finish. The following year, a 718 placed first in its class at Le Mans and third overall. It was an auspicious feat for this tiny terror powered by a modest 1.5-liter, 142 hp flat-4 engine. Victories in the 1958 and 1959 European Hill Climb Championship and in the 1959 Targa Florio followed.

To comply with FIA regulations dictating frame width and windshield height, Porsche redesigned the 718 in 1960 and designated it the RS 60. The makeover also added a new double-wishbone rear suspension and increased the engine’s displacement to 1.6 liters and power output to 160 hp. In 1960, the RS 60 won the 12 Hours of Sebring, the Targa Florio, and the European Hill Climb Championship.