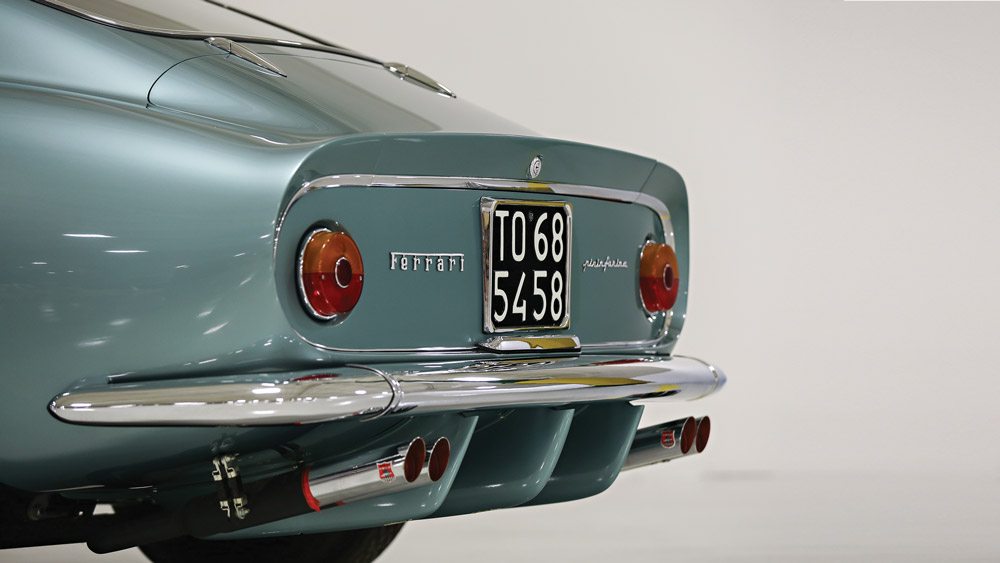 Ferraris are the gold standard of today’s collector-car market, so it’s no surprise that, by the time our June issue goes to press in early May, the most valuable car sold across all auction houses in 2018 would be a 1965 Ferrari 275 GTB Speciale. Sold by Gooding & Company in Scottsdale, Ariz., in January, Lot 134 brought $8,085,000, including commission.

“This one-off Ferrari is the epitome of rolling art and possesses everything that the most discerning collectors value—spectacular design, impeccable provenance, and rarity,” states David Gooding, president and founder of Gooding & Company.

The one-of-a-kind coupe—a presentation car at auto shows in Frankfurt, Turin, Paris, and Brussels in its time—was originally built for the personal use of Battista Pininfarina, whose eponymous carrozzeria designed the 275 GTB. Nearly 1,000 examples of the latter were built between 1964 and 1968, all but one with bodies manufactured by Scaglietti.

The 275 GTB was a hairy monster, embodying the look, performance and sound of a true V-12-powered Ferrari race car. The 3.3-liter, Colombo-designed engine remains a classic of its era, and developed between 280 and 300 hp in various states of street tune. Both the body design and drivetrain evolved during the model’s brief lifespan, with a long-nose version coming in 1965, and a four-cam engine and torque-tube-connected transaxle debuting in 1966 as the 275 GTB/4. The rare 275 GTB/C is a competition version with aluminum allow body that remains the most collectible of the Scaglietti-bodied 275 GTB series.

No. 06437 is distinguished as being the only 275 GTB built by Pininfarina itself, and close inspection reveals delightful differences and additions inside and out, like center console and seats, exterior brightwork, and lighting. Most notable is a rear diffusor that looks incredibly modern, flanked by traditional quad Ansa exhausts.

One-of-one always gets attention at auction, and this beautiful, blue-green GT carries an intrinsic value that has nowhere to go but up.