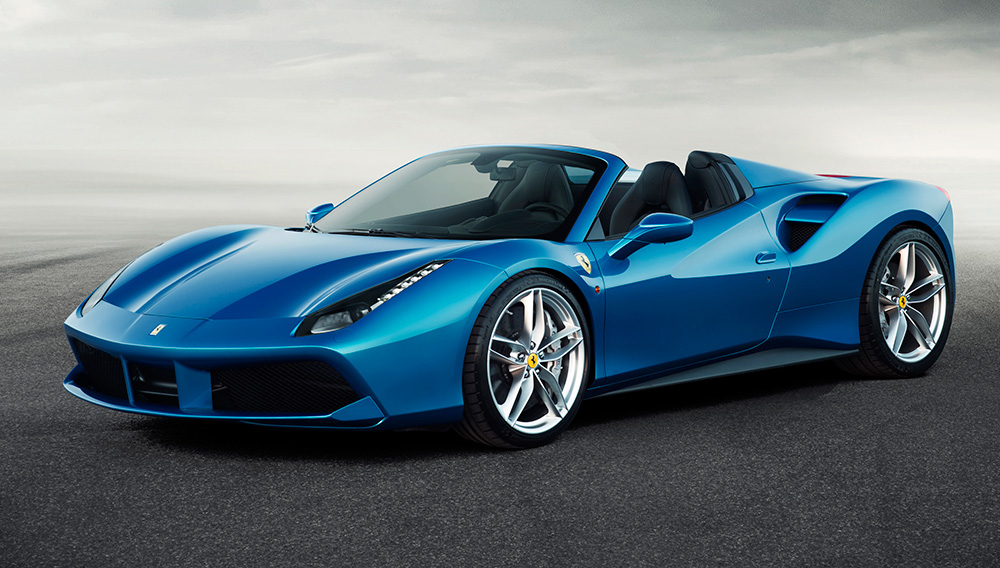 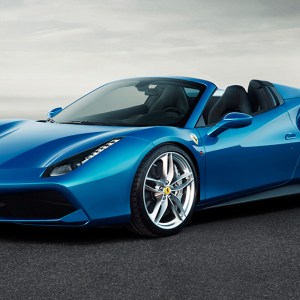 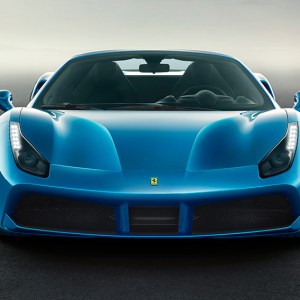 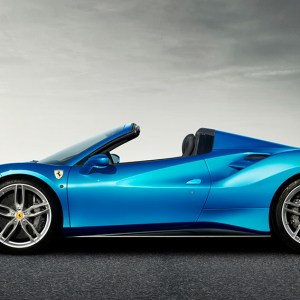 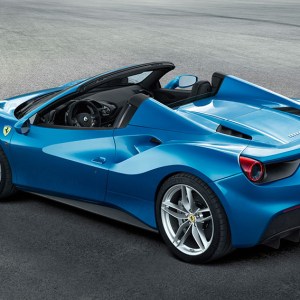 Ferrari just took the wraps off of the Ferrari 488 Spider, the latest masterpiece by the legendary Italian marque. Touted as the most powerful mid-rear-engine-mounted car to sport a retractable hard top (Ferrari was the first manufacturer to introduce the feature on a spider with the Ferrari California), the new Ferrari 488 Spider convertible crushes any performance concerns as it travels zero to 62 mph in a sizzling 3 seconds and can reach 124 mph in 8.7 seconds. The monster powering this machine is the same roaring 3.9-liter, turbocharged V-8 found in the Ferrari 488 GTB, which was released a few months ago. Producing a maximum torque of 760 Nm at 3,000 rpm, the engine is not only more powerful than its predecessor but also produces lower emissions and has a reduced throttle response time of only 0.8 seconds. Taming the titan is a 7-speed, F/1 dual-clutch transmission.

The roadster’s aluminum roof is 55 pounds lighter than conventional soft tops and quickly folds back flush onto the engine in two overlapping sections, racing through the entire operation in only 14 seconds. An electric-powered, glass, rear wind stop can be adjusted to three positions when the top is down, and, when the roof is raised, can still be lowered to hear the resonating rumble at the heart of every Ferrari.

Complementing the roof and engine innovations are the car’s open-air aerodynamics. A combination of 11 aluminum alloys and metals—including magnesium—form the chassis, which carries the same torsional rigidity and beam stiffness as the coupe model, but is 23 percent more responsive than the California. The enlightened design paired with the company’s SSC2 Side Slip Angle Control System allows for greater downforce and a 12-percent increase in acceleration when cornering—all while diminishing drag. Starting at a price of $275,000, the Ferrari 488 Spider will say buongiorno to the world at the Frankfurt International Motor Show, September 15 through 27. Its expected release date is late spring or early summer of 2016. (488spider.ferrari.com)