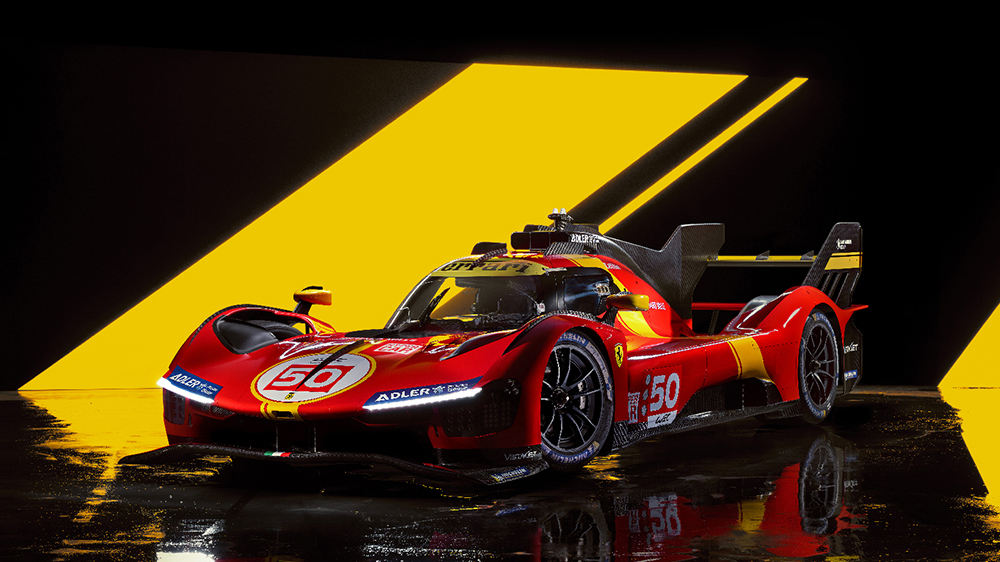 Ferrari is ready to make its return to top-level endurance racing.

The Italian marque unveiled its new 499P Le Mans Hypercar over the weekend in Imola. The sports prototype, which will compete in the FIA World Endurance Championship’s new LMH class, is the automaker’s first to compete at the 24 Hours of Le Mans in nearly 50 years.

We knew the 499P was coming. In March 2021, the Prancing Horse announced plans to return to the storied endurance race following a decades-long absence. Ferrari hasn’t entered Le Mans since 1971. Despite this, the marque was one of the dominant forces in endurance racing last century, winning its biggest race nine times, including six times in a row between 1960 and 1965. Earlier this year, the brand even teased the race car.

The new racer isn’t the most striking Le Mans prototype we’ve seen this year—that honor goes to Cadillac’s Project GTP Hypercar—but it will turn heads. Like the rest of its peers, it rides low to the ground and has an ultra-aerodynamic design that includes large fenders, a bubble cockpit and a giant rear wing. What really sets it apart, though, are the details, like its curvaceous lines and single-strip taillight. It’s definitely more extreme than the automaker’s road cars, but it is, unmistakably, a Ferrari.

The 499P is powered by a mid-rear-mounted 2.9-liter V-6, which shares architecture with the engines found in the 296 GTB road car and 296 GT3 racer. Although not mandated by its class, the mill is assisted by a front-mounted electric motor connected to a 900-volt battery pack, which recharges during acceleration and braking. The purpose-built setup combines to produce regulation-capped 680 hp (no torque figure has been announced yet). An Xtrac seven-speed transmission sends power to all four wheels, something which isn’t allowed on vehicles from the stricter LMDh class. Another difference is that Ferrari’s race car has its own custom-built carbon-fiber monocoque.

Ferrari has already completed 7,500 hours of testing with the 499P, according to Autoblog. There are still some questions that need to be answered—like whether the car will be sold to private teams, like the 296 G3, and if so how much it will cost—but we will get to see what it can do in the near future. The car is set to make its competitive debut next March at the 1,000 Miles of Sebring in Florida. That will give the automaker time to fine-tune the vehicles before Le Mans in June.