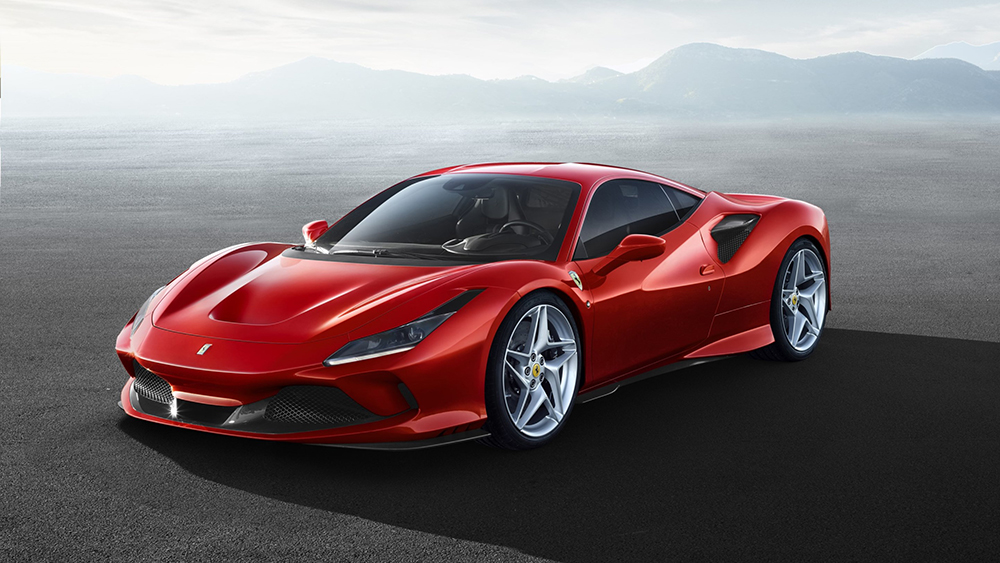 Ferrari’s 488 GTB is a lovely gran tourismo coupe, made for those who want pupil-dilating speed, supreme handling and performance, but don’t want to feel completely shattered after a long stint behind the wheel. For the track-focused drivers, the 488 Pista emerged soon after to laugh at the notion of creature comforts like air conditioning and shout that performance is everything. If you don’t like it, move to the right and let the Pista pass. Now, Ferrari is blending the best of both those worlds in a new coupe dubbed the F8 Tributo.

Debuted at the Geneva Motor Show, the F8 is sleek and sexy in all the ways a Prancing Horse should be. The door and greenhouse are the same as the 488 GTB, as it 50 percent of the body and chassis, and the engine is the same mill as found in the 488 Pista in terms of components. That 3.9-liter twin-turbo V-8 still makes a whopping 710-horsepower and 568 pound-feet of torque, and the scream to 60 happens in 2.9 seconds. There’s less downforce in the F8 than the Pista, but there’s still 10 percent more than with the 488 GTB.

“We increased the downforce in the rear with a new spoiler,” says Edoardo Rossi, product manager of the Tributo. “So we had to balance the front, too. We do this with the S-duct, a solution that came from our Formula 1 car in 2008.” The F8 was also a practice in weight reduction, with some 88 pounds coming off the dry weight, but not at the expense of comfort. Plush seats and a new seven-inch passenger LCD display give the cockpit more of a grand tourer feel.

But make no mistake, if you want to uncork a flood of adrenaline, simply bury your right foot. “We’ve got the Side Slip Control system, as we do in the GTB, but this is a more advanced version,” Rossi says. “We added something called Ferrari Dynamic Enhancer, and that system’s purpose is to make you faster with the same driving skills and ability.” By using brake vectoring and constantly manipulating the level of traction control, the settings on the manettino dial can let you hold a drift through a corner with 30 percent less steering input, or help propel you through a corner about 6 percent faster than a GTB, if you’re driving cleanly.

Unlike the Pista, there’s no production cap. “We’ll meet the demand,” Rossi smiles. No doubt there’ll be a lot.