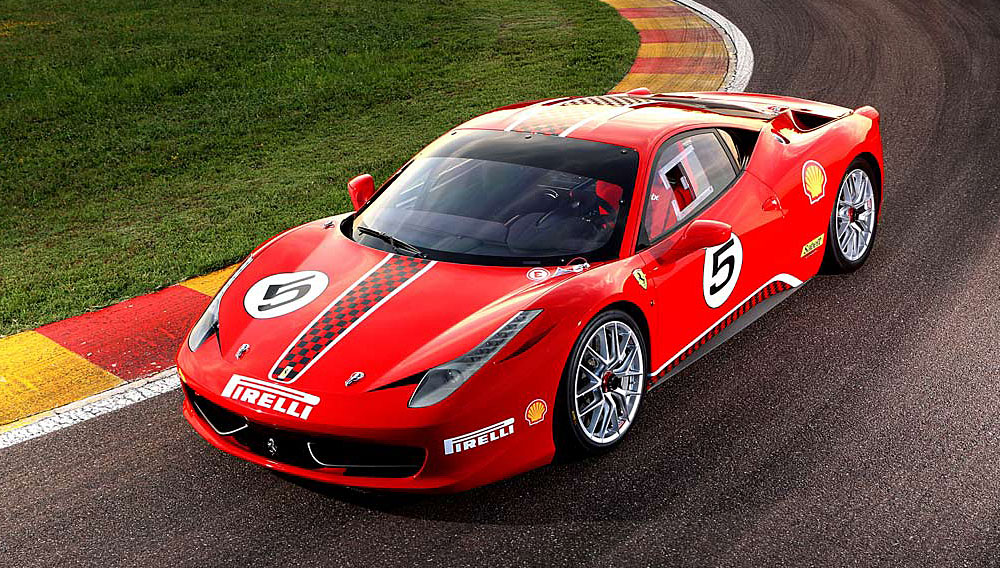 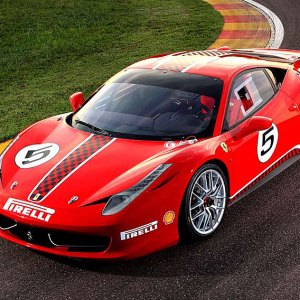 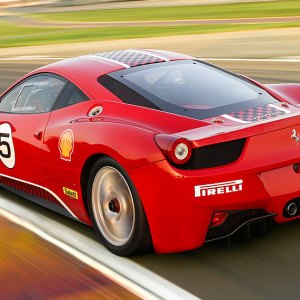 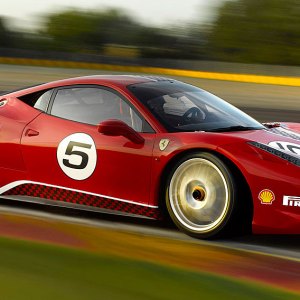 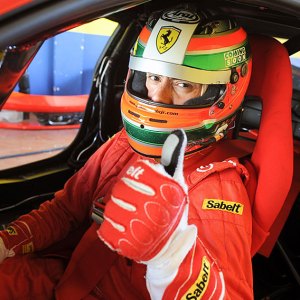 Building a faster 458 Italia is no small feat. Out of the box, Ferrari’s mid-engined masterpiece will deliver its occupants to 60 mph in 3.4 seconds and press onward past the 200-mph mark. With the 458 Challenge, Ferrari turns its perfect 10 up to 11, unleashing a track-ready beast that handily tops the road-going Italia’s already dazzling performance figures.

The Italian automaker’s fifth Challenge model (following in tracks of the 348, 355, 360, and 430 versions), the 458 was created to run in the one-make Ferrari Challenge Trofeo Pirelli race series. Maranello’s engineers decided that more power wasn’t a priority, so they equipped the new Challenge with the Italia’s glorious 5.5-liter normally aspirated V-8 engine, which belts out 570 horsepower at a screaming 9000 rpm. Instead, they focused on weight; the Challenge foregoes most of the Italia’s road-car amenities, including leather and power accessories, and employs thinner aluminum body panels along with a big helping of feather-light materials, including carbon-fiber composite and Lexan.

The Challenge does make better use of the engine’s prodigious power, however, with lower gear ratios in its dual-clutch automatic transmission that bring higher torque at lower revs, making the car quicker off the line and punchier during passing maneuvers. And, of course, the Italia’s suspension has been thoroughly revised for Challenge duty—optimized for the unblemished asphalt of a racetrack with solid aluminum bushings, stiffer springs and dampers, and 19-inch center-lock wheels shod with Pirelli racing slicks. Ride height is lower by about two inches all around, and the 458 Challenge benefits from the magnificent 599XX’s fade-resistant Brembo carbon ceramic brakes and Ferrari’s highly advanced F1-Trac traction control system, which allows the driver to select settings for wet or dry conditions. Ferrari claims the 458 Challenge can generate a stupefying 1.6 g of lateral grip, a claim backed up by the car’s one-minute, 16.5-second lap around the company’s famed Fiorano test circuit—two seconds quicker than the 430 Challenge and an impressive 8.5 seconds quicker than the standard 458 Italia.

No surprise, 458 Challenge isn’t street legal, and Ferrari is coy about pricing. It’s safe to assume, however, that like the company’s previous track-only specials, including the Enzo-derived FXX and the 599 GTB Fiorano-based 599XX, the 458 Challenge will be made available to a select group of very special customers for a seven-figure price that entitles Ferrari to restrict and monitor its use. To those passionate few, though, it will be money well spent. (+39.0536.949111, ferrari.com)