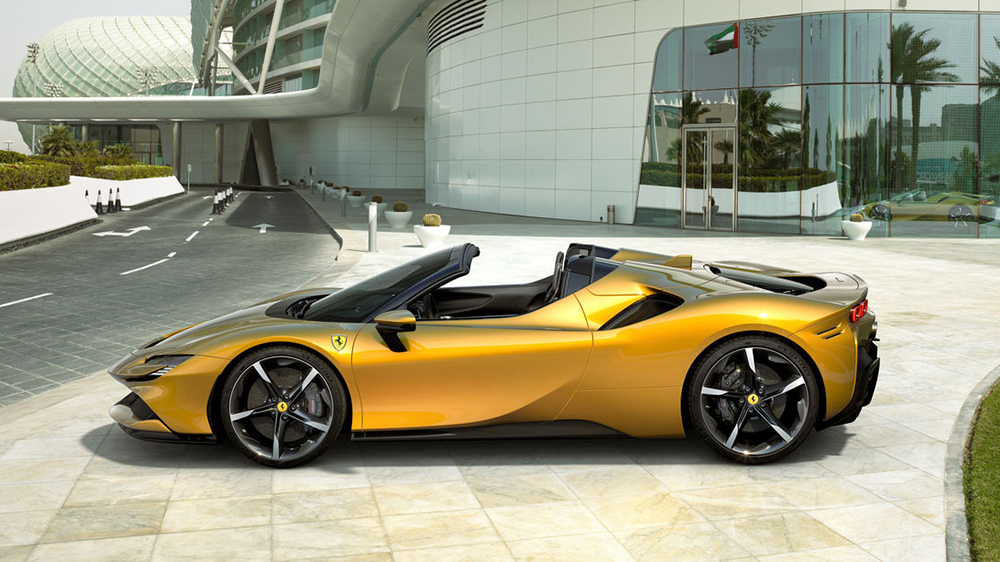 It sounds like Ferrari is finally ready to put the pedal to the metal with its electrification efforts.

During the marque’s annual meeting on Thursday, chairman John Elkann announced that the Prancing Horse’s first EV will arrive by the middle of this decade, much sooner than anyone was expecting, reports Automotive News Europe. The comments come less than six months after former CEO Louis Camilleri said the company would never go fully electric.

“We are very excited about our first all-electric Ferrari that we plan to unveil in 2025,” he said during the meeting. “We are continuing to execute our electrification strategy in a highly disciplined way.”

Although the company’s first hybrid, the 986-horsepower SF90 Stradale, proved to be a hit with both the automotive press and enthusiasts when it was introduced in 2019, Camilleri never seemed fully convinced by electrification during his time in charge of Ferrari. That same year, the executive said that an EV from the brand wouldn’t arrive until the latter part of the decade at the earliest and that its customers had “difficulty” wrapping their heads around the idea of an all-electric sports car. Then, last November, he said he couldn’t see the brand ever going fully electric or even having a 50 percent battery-powered lineup in his lifetime.

Of course, don’t expect Ferrari to give up on its powerful internal combustion engines just yet. Elkann teased the debut of three new cars in the coming months, though he offered no specifics. He also said that the brand’s answer to the Lamborghini Urus SUV, the Purosangue, is on pace to launch next year, and is “turning out to be something special.”

Car development isn’t the only thing Ferrari is focusing on, though. The company is also redoubling its efforts to find a new tech-savvy CEO (Elkann is currently filling the role on an interim basis), according to Bloomberg. If the new EV timeline is any indication, we’d expect the marque’s eventual new leader to embrace the electric revolution like no other Ferrari CEO has before.