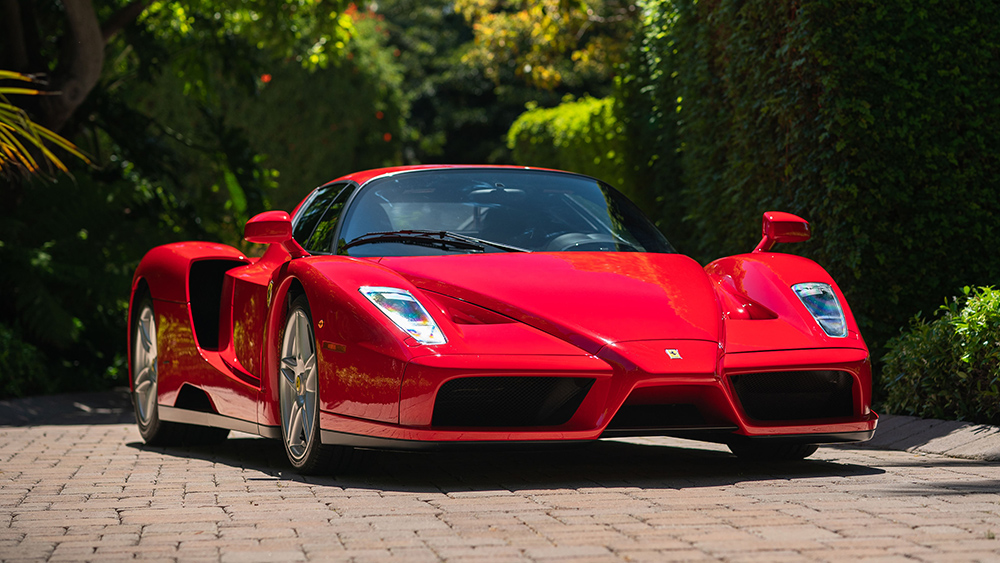 Like nearly every other aspect of daily life, car collecting has been disrupted by the global pandemic. But enthusiasts and auction houses are learning to cope, as the market for the vehicles moves online. And while bidding from your laptop will never feel the same as raising the paddle in person, it doesn’t seem to be dissuading collectors from splashing out on new dream cars.

In fact, a new online-only auction record was set at the tail end of May when a 2003 Ferrari Enzo (pictured above) sold for $2.64 million, according to CNET. And the car wasn’t the the only big purchase at RM Sotheby’s Driving into Summer event, which saw the sale of $16.4 million worth of vehicles.

It’s easy to see why the new record belongs to this particular Enzo. Having passed through the hands of two California-based owners, the immaculately maintained vehicle has less than 1,250 miles on it despite being 17 years old. That may explain why the auction price more than quadrupled the car’s original $650,000 price tag. But even if it hadn’t been presented in near-pristine condition, this Enzo surely would have turned collectors’ heads thanks to its classic rosso corsa paint job and a V12 engine capable of producing 651 hp and 485 lb-ft of torque. And, if all that weren’t enough, the vehicle also includes its original tools, documentation and window sticker.

Of course, who knows how long the new record will stand, especially with auction houses like RM Sotheby’s and Gooding & Company moving more of their sales online. We might even see another high mark set as part of RM Sotheby’s  online-only European Sale, which runs through Thursday.