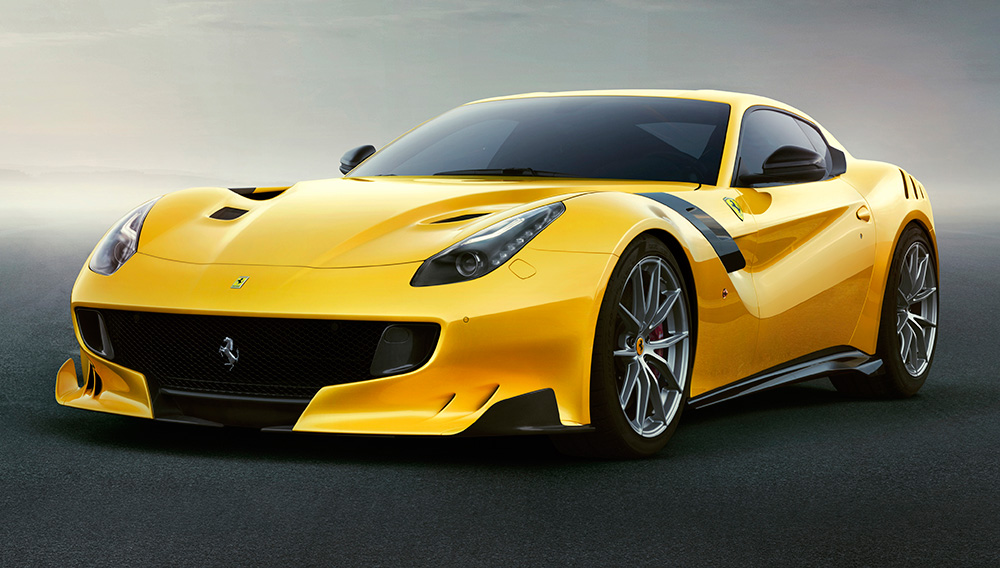 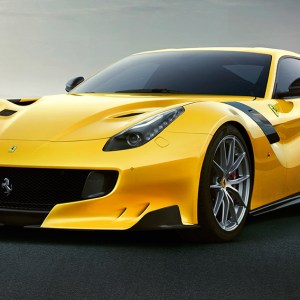 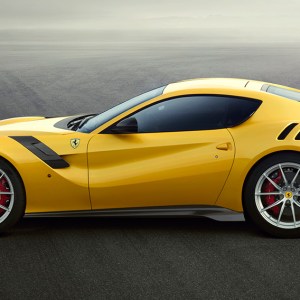 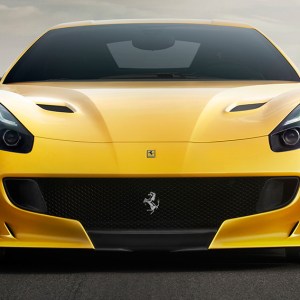 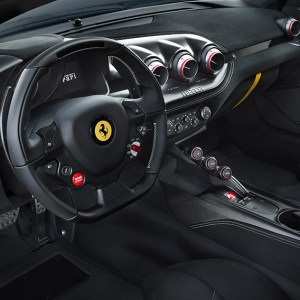 A tribute to an illustrious past, the newly announced Ferrari F12tdf also foreshadows the Italian marque’s innovative future developing road-ready racers. The name references the renowned Tour de France Automobile race held regularly from 1899 to 1986. During the 1950s and ’60s, Ferrari was a tour de force, winning the grueling seven-stage competition 10 out of 14 years. The F12tdf represents the next generation of this high-performance pedigree.

The latest prancing pony is powered by a 770 hp, 6.2-liter V-12 engine paired with Ferrari’s F1 dual-clutch transmission that is 30- and 40-percent faster on upshift and downshift, respectively. The power-train partnership allows for an acceleration rate of zero to 62 mph in 2.9 seconds and a top speed of over 211 mph. Bringing all those horses to a halt are the new Extreme Design one-piece brake calipers—also found on the LaFerrari—that will decelerate the car from 124 mph to zero in less than 400 feet.

When cornering, the car’s lateral acceleration is enhanced by an 8-percent increase in the size of the front tires over those in the rear. Ferrari’s Virtual Short Wheelbase—its rear-wheel steering system—prevents any innate oversteering that this size differential would normally dictate. Traction in the turns is also bolstered by aerodynamic detailing, including improved bumper construction, Aerobridge ridges on the sides of the hood, a taller and wider rear spoiler, and three strakes along the underbody. These factors contribute to a healthy dose of downforce—507 pounds at 124 mph, a 236-pound increase over the standard F12. It is also a lean machine—242 pounds lighter than its predecessor.

Weighing in on the weight loss is the coupe’s minimal cockpit. Both the dash and door panels are fit in carbon fiber, while floor mats have been replaced by textured aluminum. Even the glove compartment was deemed excessive and replaced with padding for the knees.

Its production will be equally minimal, with only 799 examples planned to be built. The Ferrari F12tdf will be officially unveiled at the Ferrari Challenge’s Finali Mondiali in Mugello, Italy, on November 8. (ferrari.com)