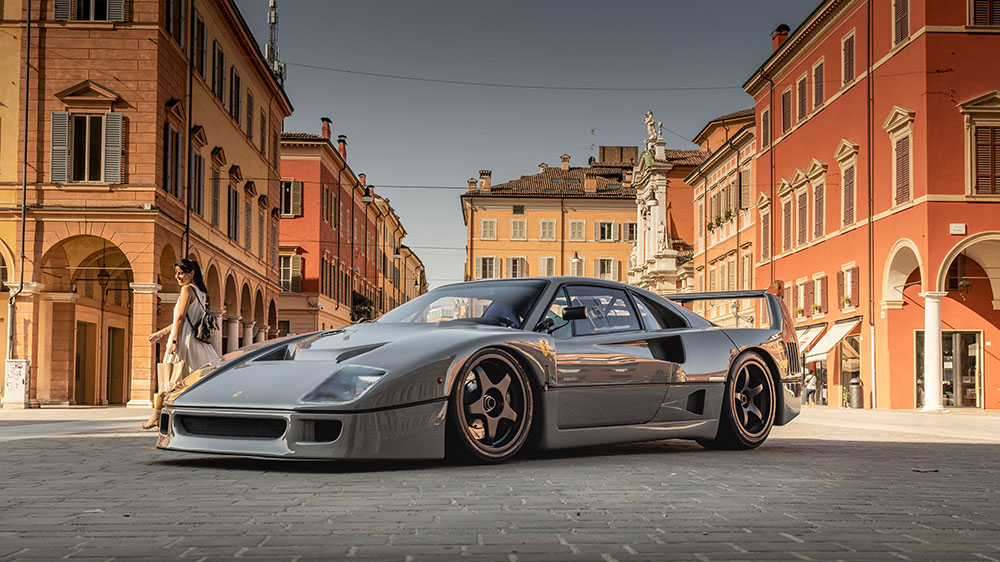 Every Ferrari F40 is special, but only one is the fastest.

A converted “Competizione” version of the iconic supercar is currently up for private sale through RM Sotheby’s. The one-off speed machine spent more than a decade competing and is believed to be the most potent road-going F40 of all time.

The F40 is easily one of the radical models Ferrari has ever released. The mid-engine supercar features a flamboyant Pininfarina-designed look and was the fastest, most powerful and most expensive Prancing Horse at the time of its release in 1987. In fact, it was the world’s fastest production car until the introduction of the Lamborghini Diablo in 1990. Although it was always meant to be a road car, Ferrari wanted to see what it could do on the track and commissioned a number of racing-spec examples from Michelotto Automobili. The racers proved to be a hit with enthusiasts and a number of F40 owners decided to have their street-legal cars converted for competition.

This 1989 example, chassis 80782, is easily one of the more unique track-converted F40s you’ll find. The conversion occurred in phases. The first, which was carried out in 1991, saw the car equipped with racing shock absorbers and new brakes and finished in a racing-style livery so that it could compete in the Netherlands. In the second, which took place in 1995, its engine was completely reworked, increasing power from 465 hp to nearly 700 hp, according to RM Sotheby’s. Shortly after this, the vehicle was acquired by collector Michael Osprey, who would race it until 2006. He sold it to a UK-based racing team that would race the car for another three years.

Earlier this year, the car was shipped to the famed Zanasi Group so it could undergo a thorough restoration. It was finished in a coat of silver Grigio Nardo and outfitted with electric blue fabric seats. Some work was also done to the engine, which can now pump out close to 1,000 horse depending on the setup. In total, the restoration is said to have cost $125,000.

Inside the F40 “Competizione”  RM Sotheby's

The F40 “Competition” is available to buy now via RM Sotheby’s. The auction house hasn’t announced a price tag, but the sports car has regularly sold for in excess of $2 million in recent years, and none of those would stand a chance against this example in a race. You can make an offer now through the RM Sotheby’s website.

Click here to see all of the photos of the 1989 Ferrari F40 “Competizione.”