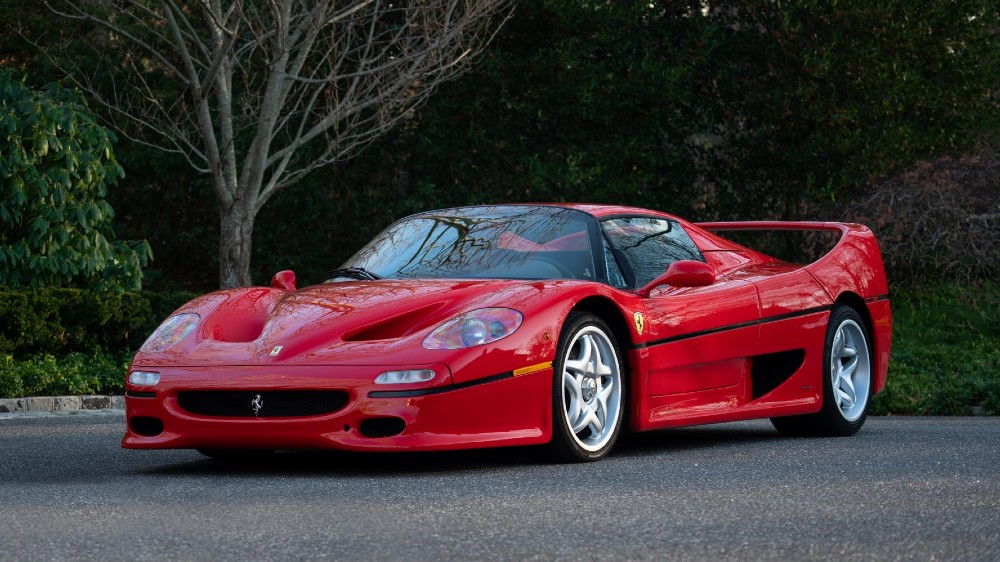 Ask any car collector and they’ll admit to having a dream car, that one vehicle that stands above all else. Now, imagine not just owning that car but the very first version of it ever produced. Deep-pocketed Ferrari enthusiasts will soon have that chance when the 1995 Ferrari F50 Berlinetta Prototipo goes up for auction.

Next month, the pre-production prototype of one of the Italian automaker’s most revered cars is set to hit the block at Worldwide Auctioneer’s annual Scottsdale sale. Considered the “most significant road-going F50 in existence,” the car was built to help refine every aspect of the dazzling sports car before it went on sale.

First introduced during a special event before the Geneva Auto Show in 1995, the mid-engine F50, like the F40 the decade before, was an attempt by the brand to take the lessons it had learned over its rich racing history and apply them to a street-legal speedster. At its unveiling, Piero Lardi Ferrari said that the gorgeous two-seater, which the company would make just 349 examples of over two years, was meant to represent “fifty years of racing, fifty years of winning, fifty years of hard work.”

With a dramatically sculpted body that combined elements of the F40 and the company’s F1 race cars, the F50 was one of the best-looking vehicles of the ’90s and one that still looks modern nearly a quarter-century later. But the car’s aerodynamic design wasn’t the only aspect inspired by Ferrari’s racing pedigree. The car was also powered by a then new 4.7-liter V12 that supplied a stunning 520 HP at 8,500 rpm and 347 lb-ft of torque at 6,500 rpm. It also allowed the car to go from 0-to-60 mph in just 3.7 seconds and hit a top speed of 202 mph.

As a pre-production prototype, this specific F50 was also driven by some of the brand’s most trusted test drivers, including Dario Benuzzi, Niki Lauda, Gerhard Berger and Jean Alesi. Featuring a chassis no. of 99999, the car was also used to shoot promotional material and as the basis for scale models by Burago, Maisto, Tamiya, Revell and others. With just 1,400 miles on the odometer, the car has been recently serviced, comes fully documented and is featured in the official Ferrari Red Book.

The 1995 Ferrari F50 Berlinetta Prototipo is scheduled to cross the block on Wednesday, January 15. No sale estimates were given, but considering the vehicle’s provenance and condition, it seems safe to say the final price will be steep.