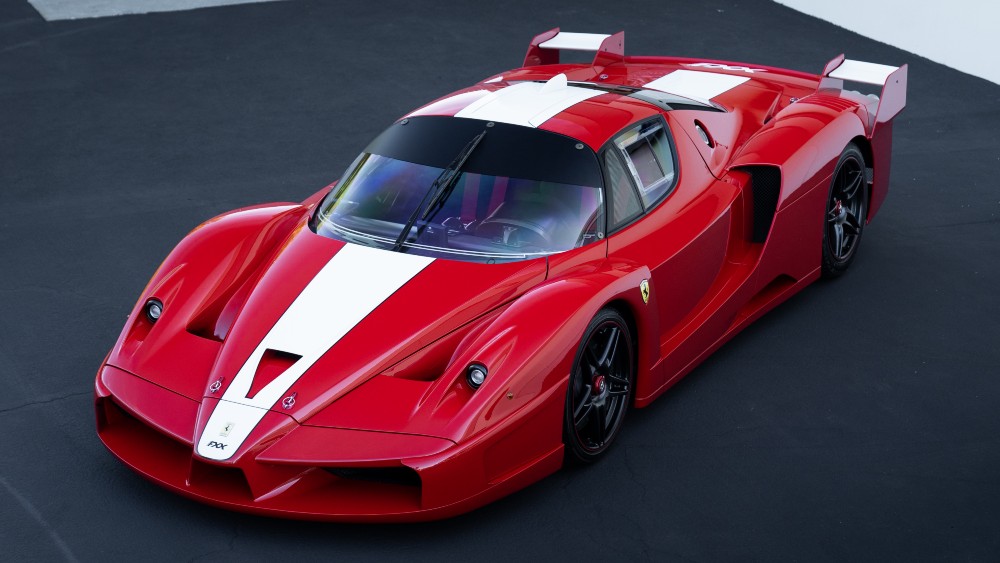 It’s a good time to be in the market for a vintage Ferrari.

Seven ultra-rare, and “incredibly low-milage” Ferraris from the Ming Collection are set to be auctioned off by RM Sotheby’s this August in Monterey California, reports HypeBeast. They are all cars that any aficionado would dream of having in their collection, but even then, one still stands above the rest—a 2006 FXX.

One of only 30 ever produced, the track-only development model is basically still “in the wrapper,” having only been driven on the track once by its previous owner, according to the auction house. Finished in Rosso Scuderia with white stripes, the speedster packs a powerful 6.3-liter v12 engine and 789 ponies. Inside it features racing bucket seats, a carbon fiber-accented dash and an alcantara-wrapped steering wheel. It also comes with three FXX Programme travel cases, factory track support equipment, as well as an unused factory race suit and helmet. It may not be street-legal, but it’s also the first FXX to hit the market in years, and is expected to go from anywhere between $2.85 million to $3.25 million.

Of course, the Monterey auction isn’t the only place to score an ultra-rare Ferrari in the upcoming months. Bonham’s is auctioning off a two-tone white and cream Veneno in Geneva in September. All in all, sounds like a good time to add a Ferrari—a brand the experts at CollectionSuites told Robb Report every collector has to have at least one of—to your collection.

The seven Ferraris from the Ming Collection  RM Sotheby's