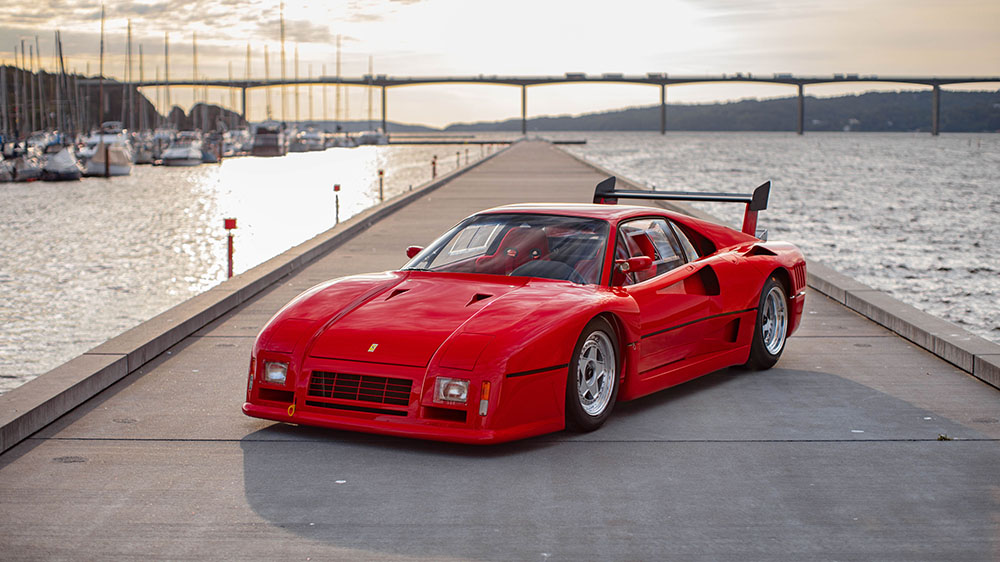 Ferraris don’t come much rarer than the 288 GTO Evoluzione. Which makes it so noteworthy that one is about to go up for grabs.

Next month, RM Sotheby’s will auction off a gorgeous 1987 example of the legendary GT in Germany. The example hitting the block is one of only five examples that survive to this day, and one of only three that isn’t part of the Ferrari factory or a state-owned collection.

As its name may have given away, the Evoluzione is a high-performance variant of Ferrari’s first modern supercar, the 288 GTO. The original plan was the enter the car in Class B racing during the mid-1980s, but the GT class was cancelled before that could happen.

Nonetheless, the Prancing Horse pushed forward with a homologated production version of the variant. The Evoluzione was the last GT racer that marque founder Enzo Ferrari oversaw, and the resulting road car was the most capable car the brand could build at the time. To put it simply, it’s the car that laid the groundwork for the brand’s most storied supercars—like the F40, F50 and La Ferrari.

Although it’s based on the 288 GTO, the Evoluzine has an aggressively reworked body designed by Pininfarina.  Using Kevlar and fiberglass wherever possible to keep weight down, the coachbuilder completely changed the front end, added a wrap-around skirt and a large carbon-fiber rear spoiler. It also features an “egg-crate” bumper that people still talk about to this day. It’s not hard to look at the vehicle and see the clear influence its shape and styling would have on the F40.

The car’s improved performance wasn’t just down to a more aerodynamic body, though. It was also equipped with a specially tuned Tipo F114 CK engine fitted with larger turbos. This mill is mated to the car’s original five-speed manual gearbox, which sends 650 hp to the rear wheels. That’s 60 percent more horsepower than you get from the base 288 GTO. Thanks to the extra oomph, the Evoluzione could hit a top speed of 230 mph, making it the fastest GT Ferrari built during the decade.

This particular example is the fourth of the five that were built. It was originally delivered to Belgian race car driver Jean “Beurlys” Blaton and passed through the hands of Aston Martin executive chairman Lawrence Stroll, among others, in the proceeding decades. It recently received a full servicing and refurbishment, including a new coat of Rosso Corsa, that cost of €133,000 (about $127,540).

So, how much is the 288 GTO Evoluzione expected to go for? RM Sotheby’s hasn’t announced an estimate yet, though you can reach out if you’re seriously considering bidding on the car during the auction, which will run from Oct. 18 to 21. While it’s hard to say how much it will end up going for, just remember that the F40, a car that is much more common, can command as much as $5 million these days.