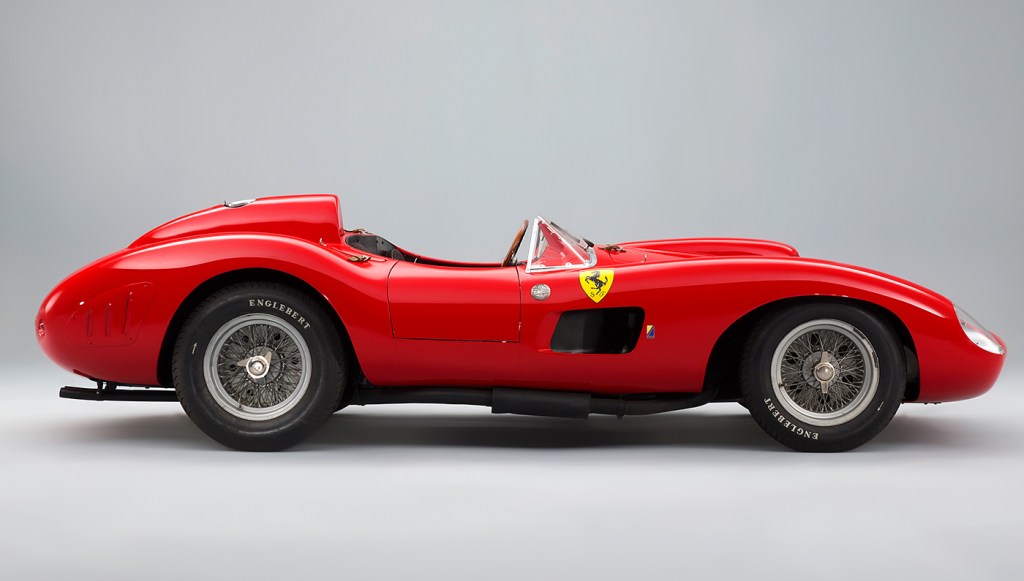 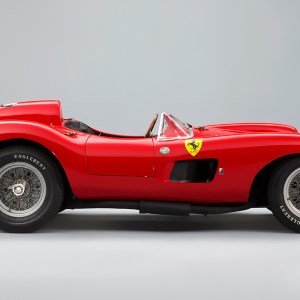 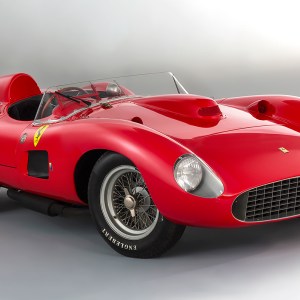 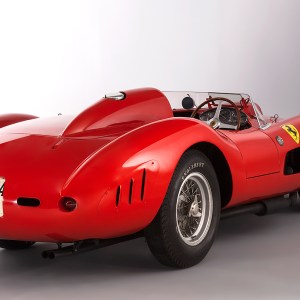 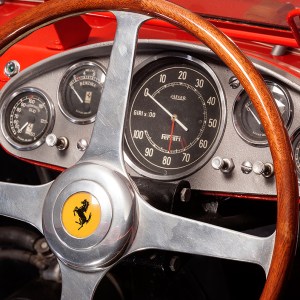 A record-breaking roadster is lined up once again to rocket into the history books. The 1957 Ferrari 335 S Spider Scaglietti, driven by some of the era’s best drivers, will be featured at Artcurial Motorcars’ Salon Retromobile sale in Paris, February 5 and 6. Already valued as one of the most expensive Ferraris ever, the motorsport marvel is poised to fetch the highest price for any car at auction—an honor currently held by the Ferrari 250 GTO Berlinetta that took second place in the 1962 Tour de France. That particular Prancing Horse sold for a staggering $38,115,000 at a Bonhams auction during Monterey Car Week in 2014.

Artcurial’s automobile comes from the fabled collection of Pierre Bardinon, a car connoisseur extraordinaire who, before his death in 2012, possessed 50 iconic Ferraris, including four that came in first at the 24 Hours of Le Mans through the years. The one soon to be showcased (chassis No. 0674) was made in Maranello with coachworks from Carrozeria Scaglietti and originally featured a 3.8-liter V-12 Tipo 140 engine capable of 365 hp. Following a sixth-place finish in its debut at the 1957 Sebring 12 Hours race (with Peter Collins and Maurice Trintignant as drivers), the car cruised to second place at the Mille Miglia two months later with Germany’s racing giant Wolfgang von Trips taking the wheel. After the race, it was refit with a 405 hp, 4.1-liter engine that enabled a top speed of 186 mph. Handling the enhanced performance brilliantly, British racer Mike Hawthorne sped the spider to a record lap at Le Mans (averaging 126 mph) in June. The car would continue to impress at the Swedish Grand Prix and Venezuela Grand Prix, coming in fourth and second, respectively, driven by the duo of Hawthorn and Luigi Musso. The finishes would be enough to help Scuderia Ferrari win the World Constructors’ Title, while Hawthorn would go on to be named Formula 1 Champion the following year.

In 1958, chassis No. 0674 was sent stateside and sold to importer Luigi Chinetti who entered it in several races, including the Cuba Grand Prix, where Masten Gregory and the legendary Stirling Moss drove it to victory. After seeing its final checkered flag, the retired racecar passed to Pennsylvania-based architect Robert Dusek in 1960. His stewardship lasted a decade until Bardinon brought the Ferrari into his fold. Regularly put through its paces on Bardinon’s private track, the car has been kept race-ready, a fact that feeds into its pre-auction price estimate of up to $34 million—a number that may be left in the dust when the date arrives, February 5.

Also in Artcurial’s 130-vehicle field are another four of Enzo’s examples, including a 1963 Ferrari 250 GTO Berlinetta estimated at up to $13.2 million. On February 6, Artcurial will shift focus to France’s famed Citroën marque. Bidding on both days will be accepted in person, by phone, or online. (artcurial.com)