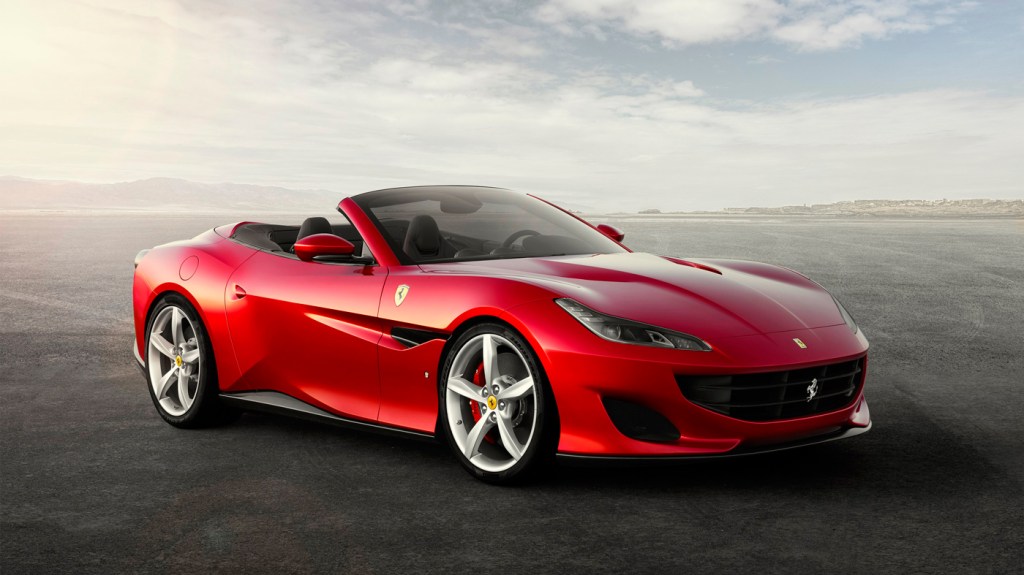 It’s hard to say goodbye. But, like relationships, one ending often makes room for a beautiful new beginning. As a case in point, car lovers may have lamented the news that the Prancing Horse marque will no longer be producing the California T, but then there was today’s announcement of the Ferrari Portofino—a more powerful and seductive successor.

The new retractable-hardtop grand tourer—named for the famed Italian port city—is a highly stylish stallion that boasts Ferrari’s 591 hp turbocharged V-8 that turns out up to 560 ft lbs of torque. Enhancements to the engine include new pistons, con-rods, and intake system which allow the Portofino to run with 39 more horses than its predecessor. The power train is responsible for accelerating the automobile from zero to 62 mph in 3.5 seconds. And it enables a top speed of roughly 200 mph.

Announced today, the Ferrari Portofino will be the successor to the California T.  Photo: Courtesy Ferrari.

Performance has also been polished with a new chassis and componentry that contribute to considerable weight savings compared to the California T, while at the same time providing greater torsional rigidity. In addition, the Portofino has been given a more efficient one-piece-cast exhaust header—to help further fine-tune throttle response—and a Variable Boost Management system. The latter pairs torque delivery with the specific gear selected to corral more kick with greater fuel efficiency.

To improve handling, the Portofino has been equipped with electric power steering, an improved magnetorheological damping system (that now features dual-coil technology), and the third generation of Ferrari’s electronic rear differential. Also on board is the F1-Trac feature which delivers the ideal amount of torque to the wheels based on estimated levels of traction at any moment.

The car’s aggressive exterior aesthetic is accentuated by an aerodynamically sloped nose with a grille that runs its entire width. Drag-reducing intake vents, that funnel air into the front wheel arches and out the sides, are concealed by a new LED horizontal headlight display. With tail lights spaced at a greater distance than similar models before it, the Portofino has an overall posterior presence crafted to emphasize the car’s athletic stance and distract from the retractable hardtop roof’s storage compartment.

The interior—which accommodates a pilot and up to three passengers—includes a new steering wheel configuration, an improved air-conditioning system, a 10.2-inch infotainment console, and 18-way electrically adjustable seats. And to quiet the cabin, a new wind deflector decreases outside airflow by 30 percent.

Dressed in a shade of red dubbed Rosso Portofino, the Ferrari Portofino will make its world premiere in September at the Frankfurt International Motor Show, where additional details will be made available.