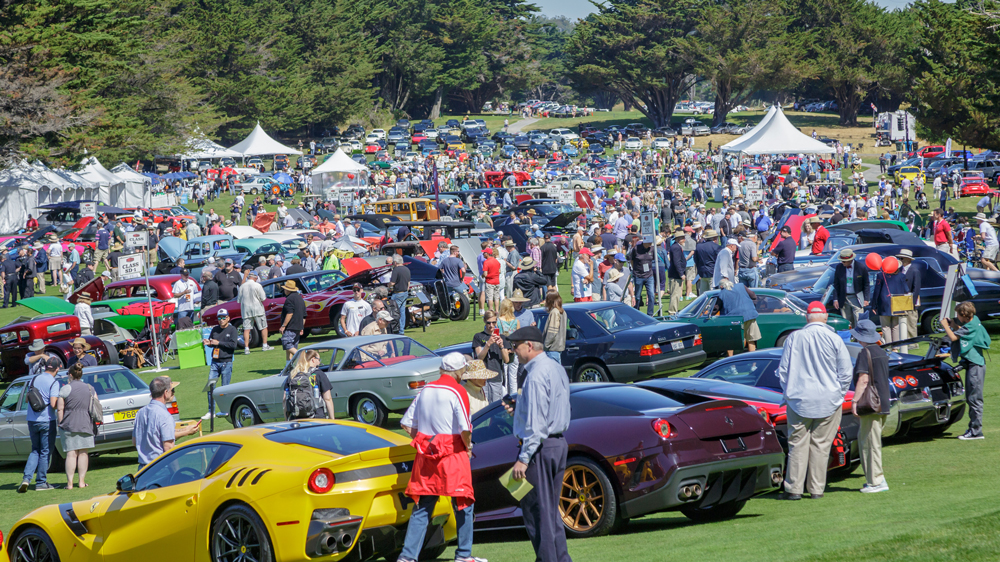 The San Francisco Bay Area’s Hillsborough Concours d’Elegance, an annual gathering of incredible cars spanning every era of automotive excellence, returns for its 66th edition on June 26. Fittingly, what’s touted as the world’s longest-running concours (despite taking a year off in 2020 due to the pandemic) is celebrating storied Route 66 this year, while additionally highlighting the 60th anniversary of Shelby American and the 75th anniversary of Ferrari.

A special seminar presented by the Candy Store, an exclusive car club, will also take a closer look at four hand-picked race cars with ties to Bay Area automotive history. On Friday evening, the not-for-profit club’s secret location plays host to Hillsborough’s “Start Your Engines” party, kicking off a full weekend of festivities leading up to the official show on Sunday.

The agenda continues Saturday with the official Tour d’Elegance rally exploring local back roads on the way to another secretive, private car collection nearby. Then, on Sunday, Pixar’s creative director Jay Ward, who served as a key advisor on the Cars film franchise, will join the main event as an honorary concours judge.

“I’m incredibly excited and honored to be a part of the Hillsborough Concours this year and am looking forward to seeing all the incredible vehicles on display,” Ward said in a statement. “The cars of Route 66 have a special place in my heart, as we featured ‘The Mother Road’ in the movie Cars.”

The 1968 Ferrari 330 GTC that will be entered.  Hillsborough Concours d'Elegance

The Hillsborough Concours dates back to 1956, and to commemorate this year’s edition, a new group of over 20 dedicated judging classes will include the themed Cars of Route 66 alongside Shocking Classics Through 1987, Yellow Cars, Vintage Motorcycles and Japanese Cars, among others. In 2021, a 1937 Horch 853 Sport Cabriolet took home Best in Show (the same example named Best Concours Car in Robb Report’s 2021 Best of the Best issue) while the Chairman’s Award, presented by returning chairman Glen Egan, went to a pristine BMW M1 Procar.

Hillsborough strives to foster participation and engagement from attendees with Saturday’s road rally, but there’s also a memorable tribute that entails all the concours cars firing up their engines and revving to redline. Called the Moment of Noise, it’s done in honor of the friends no longer in attendance each year, replacing what’s traditionally a moment of silence.

The 1966 Shelby GT350 that will compete for top honors.  Hillsborough Concours d'Elegance

Many of the classics that turn up at Hillsborough, whether taking part in the official contest or driven by spectators, often appear at Pebble Beach and the various other gatherings that make up Monterey Car Week in August. Held at the Crystal Springs Golf Course, roughly 20 minutes south of San Francisco proper, the Hillsborough event offers a chance to get up close and personal with some of the most revered marques and best-preserved models in history without committing the time and effort necessary to navigate Monterey’s overwhelmed infrastructure and swollen crowds.