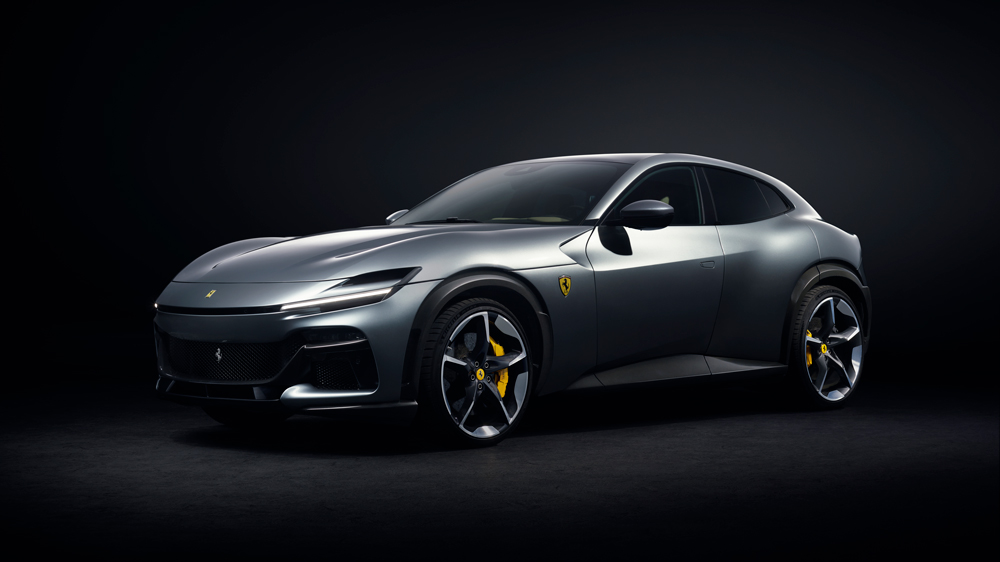 The Ferrari Purosangue may be controversial, but it’s also already a certifiable hit.

The Italian marque just confirmed that it has temporarily closed the order books for its first SUV, according to the Australian website Drive. The reason behind the move is simple: demand for the brand’s latest model is just too high.

Even after giving in and adding an SUV to its lineup, the Prancing Horse has been loud and clear about its intention to remain a sports car maker first and foremost. As a show of commitment, the brand has promised that no matter how popular the Purosangue may become, it will represent no more than 20 percent of its annual production output. And that is why, just two-and-a-half months after the vehicle made its debut, it already has a two-year-long wait list which has forced the automaker to suspend reservations for the time being.

“It’s no secret that we stopped taking orders. We had such an interest without delivering one single car,” the company’s chief marketing officer, Enrico Galliera, told the website. “We made a decision that we thought was consistent with the positioning of Ferrari and the model.”

Ferrari did not immediately respond to a request for comment from Robb Report.

It’s easy to see why interest in the Purosangue is so high. The model may be Ferrari’s first SUV, but it is anything but a rough draft. It has a gorgeous design in line with the brand’s other vehicles and offers sports car-like performance. The sleek SUV will launch with a naturally aspirated 6.5-liter V-12 under its long hood. The all-new mill is mated to a dual-clutch transaxle transmission that sends its 725 hp and 528 ft lbs of torque to all four wheels. Despite tipping the scales at 4,482 pounds, the vehicle can rocket from zero-to-60 mph in 3.3 seconds and has a top speed of 193 mph. There’s a reason pricing starts at €390,000 (about $403,000), which is about $175,000 more than its closest competitor, the Lamborghini Urus.

Those with the foresight to get their Purosangue orders in early shouldn’t have to wait too much longer for the SUV. Deliveries are expected to begin early next year. If you couldn’t reserve one before the books closed, we wouldn’t worry too much. We have a feeling the Purosangue will still be an attractive option when Ferrari starts taking orders again.