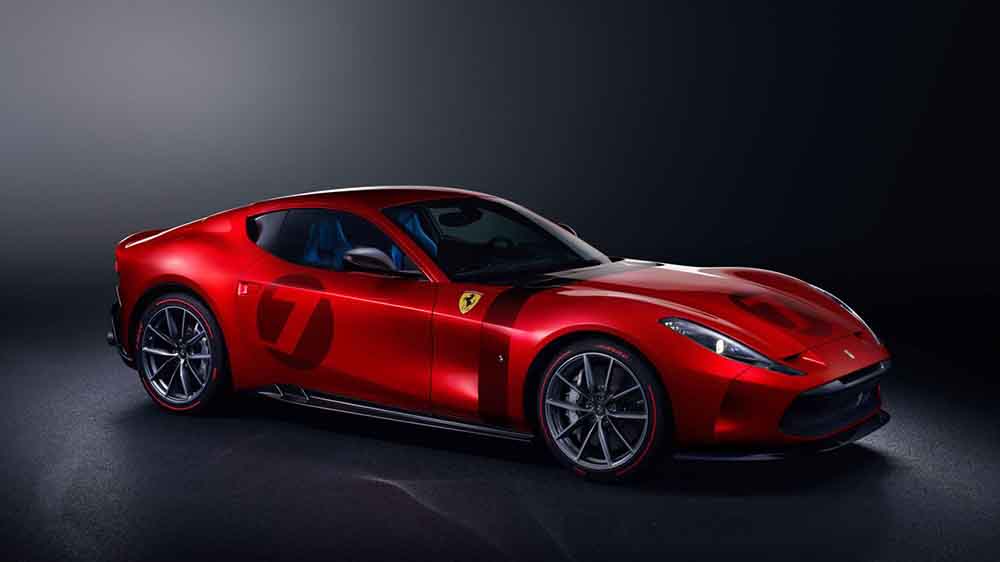 After 81 years, Ferrari has a pretty good idea about what it’s doing. But that doesn’t mean the company isn’t open to suggestions, especially if you have enough money to implement them. Just look at the brand-new Omologata, a truly stunning one-off version of the 812 Superfast.

The Italian automaker unveiled the stunning bespoke supercar in a press release on Friday. The vehicle, which was commissioned by a “discerning European client,” is just the tenth one-off GT the marque has built for a client since 2009.

With its powerful front-mounted V12, the 812 Superfast was already a wonderful tribute to Ferrari’s racing heritage. But the Omologata—Italian for “homologation”— might be an even more effective homage. That’s because the brand has jettisoned all of the base vehicle’s somewhat brutish exterior, with the exception of its windscreen, and replaced it with something more sleek and refined. The result is a long-nosed vehicle that calls to mind the marque’s elegant mid-century race cars, which is about as positive association as any automaker could hope for.

But the Omologata’s curvaceous body isn’t all that sets it apart from the standard 812 Superfast. It also features a striking, racing-inspired livery, the base of which is three layers of Rosso Magma. This completely unique primary coat gives the car an elegant metallic sheen and is adorned with a racing gumball with the number seven. Inside the car, isn’t that much different from other modern Ferraris, but does feature a “crackled paint” effect on the dashboard, steering wheel and center console, along with a four-point harness, like the brand’s classic racers.

Untouched, unsurprisingly, is the 812 Superfast’s imposing drivetrain. That’s because, whatever one’s qualms with its exterior may be, few would quibble with a 6.5-liter V12, capable of producing 789 horsepower and 530 lb-ft of torque. This car will almost certainly be for more than just show.

No word on how much the Omologata cost, but we’d guess it’s a fair bit more than the 812 Superfast’s $335,000 starting price. Unfortunately, it is a one-off commissioned by a deep-pocketed buyer, so don’t expect to see another example ever again. But, hopefully, Ferrari will take an element or two from its gorgeous design.