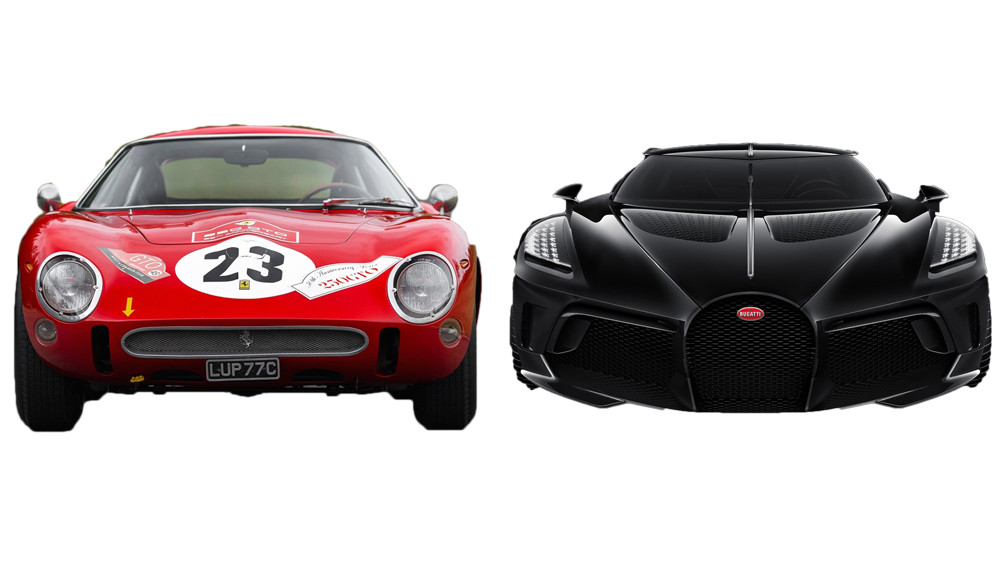 Though it was a legend on the track long before it became one at the bank, the 1962 Ferrari 250 GTO eventually became the most expensive automobile sold at auction. The 2019 Bugatti La Voiture Noire, however, saw dollar signs right off the line, breaking the record for the highest-priced new car ever released. Each has its technical merits: In its heyday, the GTO was a lean racing machine, while the La Voiture Noire’s beast of an engine is its million-dollar selling point. Both are the stuff of a collector’s dream.